Theresa Ceruti was born and raised on Long Island, New York, where she has deep Italian roots. 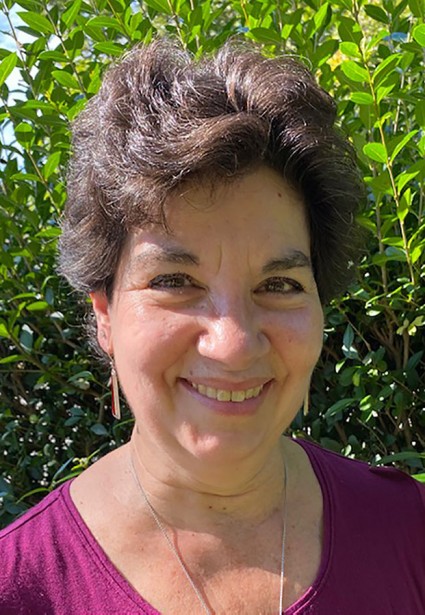 “My family is one of the few families of Italian ancestry that both sides of my family got off the boat at Ellis Island, skipped right over settling in New York City, and landed in the northern coast of Nassau County.  All my grandparents were born in Italy, and they could have written a book about survival, love, and family support.”

“For those that don’t know, this isn’t small town America. The western end of Long Island is more like a New York City suburb and the eastern end (other than the Hamptons) is hanging on to its rural roots. Today I live in the eastern part of the island that use to be duck farm country. It’s just beautiful and where my soul was supposed to land.”

Theresa received her bachelor’s degree in psychology, and at a deeply challenging time in her life, with her first marriage failing, went back to school to get her master’s and certification in school psychology. She went on to work as a School Psychologist for over 20 years.

“Life is a journey, and you have to be open to listening to guidance from the Universe (or whatever you call it). As my first marriage was falling apart, I knew I had to reach for something more, do more in my life of what I had been putting off… waiting for the babies to come, and they never did.  I felt totally guided. As I rebuilt my life after divorce, nothing was easy, but it all happened exactly the way it was supposed to. It gave me children in my life and a good living.”

She reflects that she and her husband, both in second marriages, have climbed a few mountains together, “I feel like I’m at a sweet spot in life. Right now, we’re very grateful. I have two stepdaughters and three step-grandchildren.”

Theresa first discovered Acutonics, through an introductory class that Donna Nesteruk offered in New York. She was intrigued and within a year, she began her studies with Donna, taking Acutonics Level I in July of 2020 and Acutonics Level II in October.  She states, “while the world was reeling from the onslaught of COVID Donna offered small in-person classes. Then, with the continued shutdown, it became so easy to take classes as they all went to Zoom!  I would get  that feeling of guidance from the Universe, the next class, or offering just shows up and works out!  I’m going with it!”

And going with it she did, joining Lynn Wedekind on Zoom to complete Acutonics Level III, Harmonic Attunement, Level IV Advanced Harmonic Applications and Sedna.

With a clear focus and continued guidance, she completed classes with Will Morris, Theresa Lee Morris, Judy Bernard, and Mary Burke Kelly. Almost all requirements toward certification were completed in just over a year. What a huge accomplishment! Currently, she is working on her thesis, with Mary as her thesis mentor.

When asked what about Acutonics appeals to her, she reflects what many people drawn to this methodology cite. “It’s a rich mix of professionalism, spirituality, energy/vibrational medicine, intellectual exercise, and fun! It is not simply something I am studying but something I will put into practice.”

Donna Nesteruk, who already envisions Acutonics as an integral part of Theresa’s clinical practice, shared: “It was a pleasure working with Terry. She was determined with her studies and always creatively planned her protocols. No doubt, Terry’s passion for sound therapy has brought her to her new success in the Acutonics family as a tuning fork therapist.”

Theresa’s current focus is to create sessions that address stress/anxiety and people in transition. She also enjoys blending sound tools in a treatment. “I have four chimes (Sedna, Nibiru, Venus, and Hygeia), I have several bowls, and an Ohm gong.  I do try to get creative and integrate them into treatments.”

Although focused on her thesis and completing certification, she has begun taking steps to establish a private Acutonics practice. She is currently working at a friend’s healing studio.

As Theresa prepares for this next phase in her life, she reflects that simple is good.

“I’m at a sweet spot in life.  Simple is good.  My husband and I have discovered Netflix this past year!  We love walking in street fairs and we’re going on a cruise next month.  I am so grateful for my friends…my family… and my journey. I think Acutonics is my next chapter.”

Theresa has begun work on her Acutonics student thesis, which will focus on distance healing. As part of her data gathering, she would like to interview practitioners and faculty who use distance healing to deliver Acutonics treatments. If you are willing to be interviewed, please contact Theresa at letitflowhealing@gmail.com or call her at 631-721-3922.