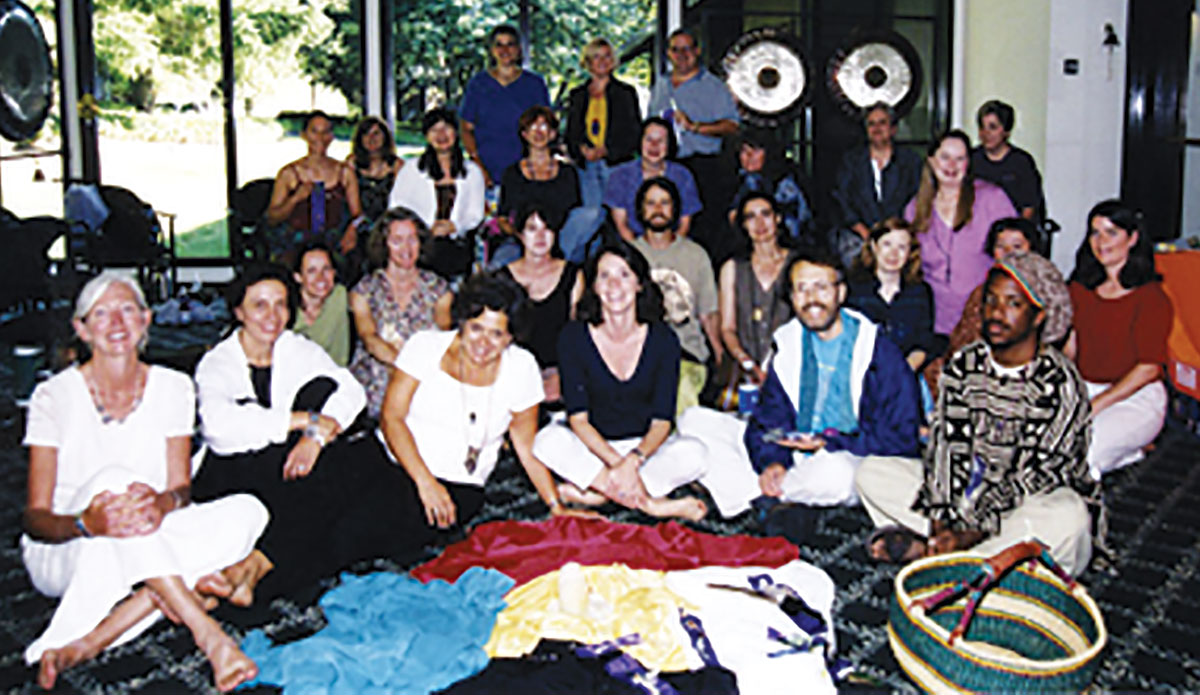 2020 marks the 23rd year since the founding of our institute. However, our story began much earlier. As an acupuncturist practicing in Madison, Wisconsin Donna Carey knew that she wanted to incorporate the therapeutic use of sound vibration into her clinical practice. She began experimenting with tuning forks and after significant research and exploration, in 1992, Donna became one of the first people to acquire a full set of planetary gongs from Paiste. Ellen Franklin met Donna around this time and began consulting with her on a business plan for the creation of a new acupuncture school in Madison.

Donna’s vision was to reclaim the ancient Taoist traditions that are deeply embedded in classical Chinese medicine, where there is recognition that the body is a microcosm that is continually influenced by macrocosmic influences such as seasonal patterns, the Earth, Moon, Sun and Planets and recognizes the continued interplay between the body, mind and spirit. During this time, the trend in Acupuncture colleges was to become more Westernized, and the spirit and deep lineage of the medicine was being lost.

In 1995, Ellen and Donna relocated to Seattle, Washington. As a consultant to several companies, Ellen was offered a position as senior marketing executive for a company in Seattle. Donna took this opportunity to interview with the Northwest Institute of Acupuncture and Oriental Medicine, an existing school in Seattle that shared many of her views on education. Donna was offered the position of clinical dean and faculty member, and as the clinical dean, had responsibility for all the student clinics. Donna’s strong desire to give back and train students in a wide range of clinical conditions led her to establish 14 community clinics. These clinics served diverse needs, from providing service for the elderly, refugees, trauma survivors, children, HIV/AIDS patients, and homeless youth to helping those dealing with the effects of chronic fatigue, and time spent in jails and prisons. Some patients were either too fragile for acupuncture needles or afraid to try them, which reawakened Donna’s desire to explore non-invasive approaches that would still deliver the benefits of acupuncture without needles.

It was during her time at NIAOM that Donna met Marjorie de Muynck, a Shiatsu instructor at the school and an accomplished musician. This connection proved to be especially important in the initial development of Acutonics at NIAOM. Marjorie’s background in music complemented Donna’s experiences and initial work with sound tools. Although Ellen was working full time, she continued to consult with Donna and Marjorie on the development of Acutonics and in the eventual formation and funding for the company in 1997, which at that time was known as the Kairos Institute of Sound Healing. The first classes were taught in 1998.

We began with the idea for one course and a basic set of tools: Earth, Moon and Sun tuning forks. We were extremely fortunate to be supported in these early efforts by the staff and faculty at NIAOM. Our very first class, held in 1998, included Judy Bernard, a student at NIAOM, and Paul and Jude Ponton, who were clinical faculty there and worked with Donna. Judy, Paul, and Jude all went on to take every course as soon as it was created, and eventually trained to become Acutonics teachers. They all have been major contributors to the development of our work.

Needless to say, this first class was a huge success, and NIAOM students wanted to bring the tools into their clinic rotations. Patients loved the sound vibration, and we actually had to manage the use of sound in the clinics so that students would also hone their skills with acupuncture needles. As we witnessed the incredible results that occurred in the clinics, we felt compelled to continue our research and development. We started to work with the frequencies of the planets, and the concept of layering sound on or over acupuncture points. Over time, a full in-depth certification program was created in the applied intentional use of sound vibration. Research and clinical trials to support this development were conducted.

From Donna’s initial explorations with sound vibration in Madison, Wisconsin, to her years as clinical dean at the Northwest Institute of Acupuncture and Oriental Medicine, to our Mothership in Llano, New Mexico, Acutonics has grown into a global community of practitioners and teachers with a rich and constantly growing creative curriculum. Our curriculum has been translated into Chinese, Portuguese Japanese, German, Russian, Spanish, Turkish and Romanian. Classes have been taught around the globe, from Australia, Brazil, England, France, Israel, Japan, Taiwan, Hong Kong, Malaysia, Mexico and New Zealand, to Poland, Portugal, Spain, Turkey, Russia, Romania, and throughout the United States and Canada. Through the activities of the WU Project and senior faculty member Alicia Villamarin, Acutonics has also been brought to remote and under-served communities of the world including the Upper Mustang Region of Nepal, Guatemala, and Chiapas, Mexico.

Our vision also grew to include the use of these tools not just on people but on plants and animals as well. Sound vibration used with clear intention can influence places, cultures and individuals and promote alignment, balance, and healing of the physical, emotional, and spiritual.