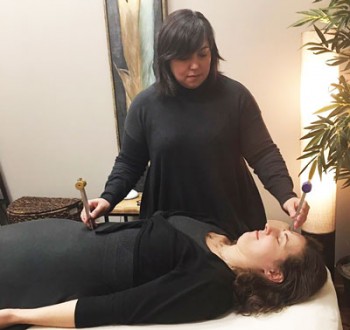 Learning To Dance Along the Way

Carol was born on a military base in Fairbanks, Alaska to a Korean Mother and Polish father. Her father died when she was thirteen days old. Her mother disappeared, leaving Carol and her older brother with friends, who would adopt Carol and her older brother when Carol was 5. Only as an adult, 40 years after her adoption, did Carol learn that she has a younger half-brother and a very large Korean family within 50 miles of her current hometown. Her adoptive parents were Korean and Irish and they settled in her adoptive father’s home town of Bloomington, Indiana when she was 4. “Growing up biracial in rural America was an interesting experience in the 1970s. I never fit in. My peers couldn’t map me onto any social or religious norms of the time. My mother was Buddhist, my father was Baptist. I took kimchee sandwiches to school and wore a mix of Korean and Kmart clothing.”
more » 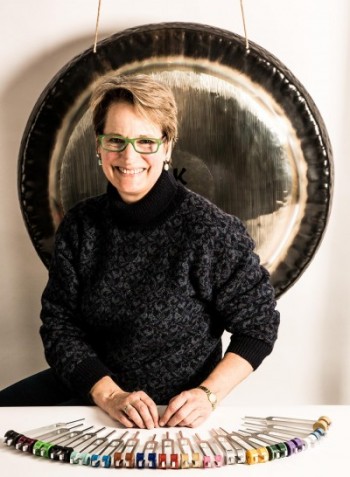 “Law gave me permission to study sound healing and Acutonics®” Wait. What? That’s right. Joanie Solaini, Certified Acutonics Practitioner and Licensed Acutonics Teacher, who is helping to spread Acutonics in the UK and Europe, credits the years she spent earning her LLB and LLM English law degrees for getting her to the Mothership. “It helped me prove to myself that I could do the rigorous analytical thing. I’d been a musician before, which was following a passion, but a part of me felt under used. Law study really exercised those rational bits of the brain. And perhaps exorcised an inner critic? I’m not always sure where the line is between discernment and self-sabotage, but in this case, I could tell my inner critic to just pipe down. I jumped through the hoops, proved myself to myself, and now we’re taking a sharp right-brain turn.”
more »