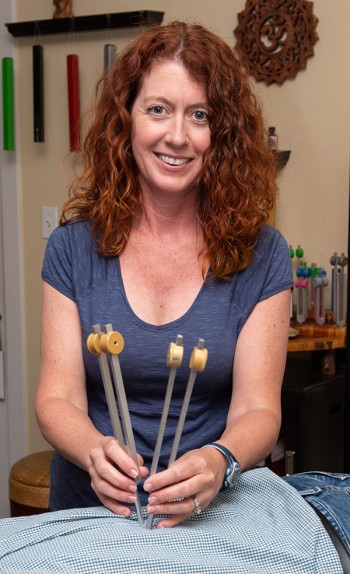 Dr. Christine Gallagher learned about Acutonics while she was working on her PhD. And that was not long after having had her third child. After earning her Doctorate in Natural Health, she opened her own private practice, Journey for Wellness - Center for Natural Family Health, in 2006 in Grand Junction, Colorado.
more » 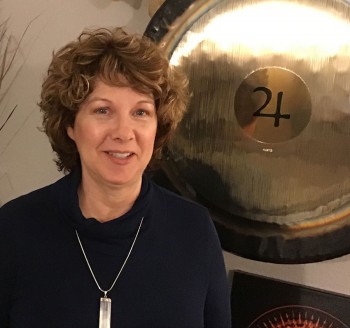 Mary Burke-Kelly may have come to Acutonics a little later in life than most Acutonics teachers (and practitioners), but only five years into her certification, she exudes a kind of “old soul” quality—giving one the feeling that she’s been doing this for decades. A practicing astrologer since 1993, and well versed in sacred geometry and holographic sound, until finding Acutonics she’d never considered herself a healer. But a healer she is. And entirely forthcoming. “I’m a Sagittarius rising,” says Mary, who practices and teaches at Dallas/Fort Worth Acutonics. “If anything, I’m too open.”
more »