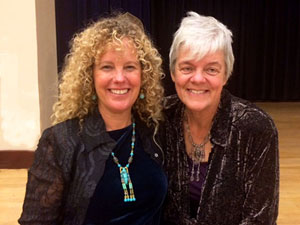 “There’s no way we would ever teach separately,” says Katie Mink, who, since she first came to Acutonics 14 years ago, has only ever learned it and taught it alongside her teaching partner Laurie Herron. “If I wasn’t teaching with Katie,” says Laurie in turn, “I wouldn’t teach it.”
more » 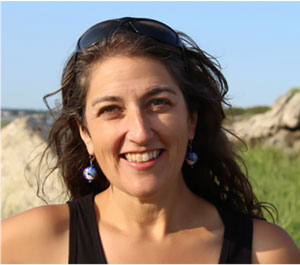 Molly has completed the first four levels of Acutonics with Donna Carey and Ellen Franklin at the Mothership here in New Mexico. Molly loves the outdoors, the mountains, rivers and hot springs, which drew her to Big Sky Montana in 2009, to practice massage and take advantage of the natural world, exploring the Rocky Mountains and learning to ski. In 2012, Molly moved to Bozeman and started her own massage practice.
more » 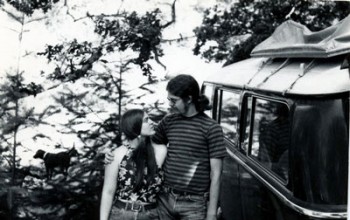 “Acutonics is more than what we do,” say Jude and Paul Ponton, “it’s who we are.”
more » 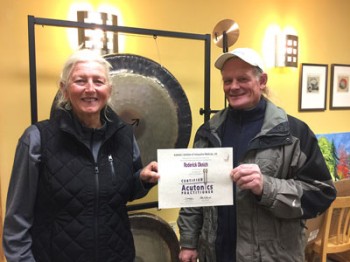 Roderick is newly certified as an Acutonics Practitioner. He began his studies in November 2013, with Barrie C. Andrews in Questa, New Mexico. Roderick completed Acutonics Levels I – IV, and Point and Meridians, with Barrie and began assisting Barrie in the community Acutonics clinics held in her center, OCHO, an art, event and teaching space. Roderick completed his Acutonics studies at the Mothership. Where in addition to the core curriculum he completed 3 electives, Harmonic Geometry: The Fibonacci Process with Ron LaPlace, Evolution of Consciousness with Erin Taylor, and the NSEV: Non Somatic Extraordinary Vessels with Alicia Villamarin.
more »