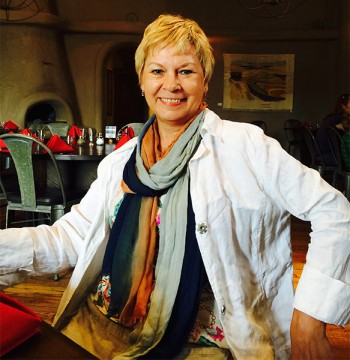 Acutonics through the Prism of Russia’s Dr. Oxana Merimskaya

If it wasn’t exactly preordained that Oxana Merimskaya would end up in medicine, it was pretty close. Her mother and father were both doctors. Her late brother was a doctor. At four years old, she herself announced to her family that she wanted to be a medical doctor when she grew up. Her parents, in fact, met as doctors. Her mother served in the Soviet military as a surgeon, operating on the Western (Russian) Front of World War II. Her father, too, was in the military, also working as a physician. And even though they were in Yekaterinburg at the time of her birth, because her mother and father and her sisters and brothers were all born in Kiev, in what is now Ukraine, her mother made the trip back to Kiev just to give birth to Oxana there as well.
more »

Alanda Greene, a student of Theresa Lee, was born in southern Alberta, on the edge of the city of Calgary, where she was close to both the mountains to the west and the prairie to the east. After completing her degrees in English and History and taking time to travel and reflect on the life she wished to have she moved with her partner to the mountains to live close to the land. “I had a sense of deep clarity that I wanted to live my life with meaning, creativity and purpose. We cleared a space in the forest, hauled rock, built a house and garden”, stated Alanda. She taught school for 24 years and then managed the bookstore at nearby Yasodhara Ashram where she also studied and taught yoga.
more »