Over the past year, as so many of us have been in lockdown, one of the unexpected pleasures has been the opportunity to get to know students from around the globe as they participate in Free Acutonics® Forums and classes that are now being offered live on Zoom. Cassandra from Brisbane, Australia has been among those students. Her sense of purpose, passion and commitment to deepen her understanding of the Acutonics methodology has been seen in her enthusiastic engagement with other students and her willingness to jump into classes even in the wee hours of the morning. I have really enjoyed her bright presence as I’ve gotten to know her through the wonders of technology. 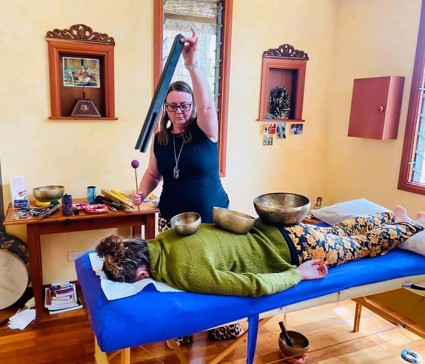 Cassandra began her studies with Eeka King, Senior Licensed Acutonics® Faculty based in Australia. She was able to complete Acutonics Level I & II in person, before Covid-19 required all classes to move online. As a dedicated student she chose to take full advantage of the year of lock down to complete all of her core requirements. Eeka shared this about Cassandra:

“Cassandra is such a wonderful student. I had the pleasure of her company for much of 2020, as she followed her passion to complete the program in just over 1 year! Cassandra’s presence was such a great addition to the group. She actively engages, is full of lively discussion, and demonstrated her keen mental prowess for the learnings. Throughout the year I saw her passion to be of service with this medicine for both the people and the planet: seed, sprout and blossom. She is an inspiring example of how one can follow a spark of passion, embrace change and direct life on a completely new alchemical course. So great to have you in the Acutonics medicine team Cassandra!”

Born in 1970 in Brisbane, Queensland, Australia, music was an important part of her young life.

She began playing piano at age 5, clarinet at 7, and drums in her teenage years. Although it’s hard to see it now, she describes herself as quite shy as a child. She has lived most of her life In Brisbane, although in the early 2000’s she spent 3 years in Canberra. She has been married for 26 years and has three ragdoll cats – Thor, Loki and Zeus. When she is not working, or studying Acutonics, she enjoys spending time with friends, trying new restaurants and playing video games.

Like many people in the Acutonics community, she has a diverse background. She completed a Bachelor of Applied Science in Optometry and worked as an optometrist for around 10 years. She also received a Bachelor of Arts through the University of Southern Queensland. She stated, “Our education system is a little bit different in Australia. I started university when I was 17 at Queensland University of Technology in Brisbane. In Australia we generally don’t move interstate to complete higher education. Saying that, I did a 6-week university exchange with Northeastern State University in Tahlequah, Oklahoma which I remember fondly to this day.”

In 2000, she sought a career change and was accepted into the Federal Public Service. “Having a complete career change at 30 taught me many things – it is a truly humbling experience to start afresh.”  Cassandra initially worked in Canberra undertaking Refugee and Humanitarian policy for 3 years. She has also worked in industry associations, and for the past 10 years have been the Industry Relations and Policy Manager for the peak Australian body for the heavy construction material industry.

In addition, to Acutonics, Cassandra has also studied Bowen Therapy, and completed yoga teacher training. She was drawn to Acutonics through kundalini yoga and the gong. She initially found Acutonics through a Google search, then hearing about a gong training really sparked her interest; she was also drawn to the depth of the curriculum. “Acutonics allows you to incorporate other modalities such as astrology, traditional Chinese medicine, and the gongs. Learning about the planets and how they interact with our daily life has been amazing. Meeting practitioners from across the world, and making new friends had really added to the experience of learning Acutonics.”

Cassandra went on to say: “I have also been so fortunate to have such passionate and knowledgeable teachers. I feel much gratitude towards my teachers, Eeka King and Judy Bernard for their time and dedication to the study of Acutonics.”

Judy Bernard wrote, "I recently had the pleasure of having Cassandra attend the online class, The Original Seeds of Eight: An experiential deeper dive into the Eight Extraordinary Vessels and spent a delightful 9 weeks with her. Throughout the class Cassandra's curiosity and wisdom sparked enlightening conversations which led to a deeper understanding for all of us. She is warm, friendly, engaging and has a beautiful smile. Her spirit shines out into the world with everything she does." 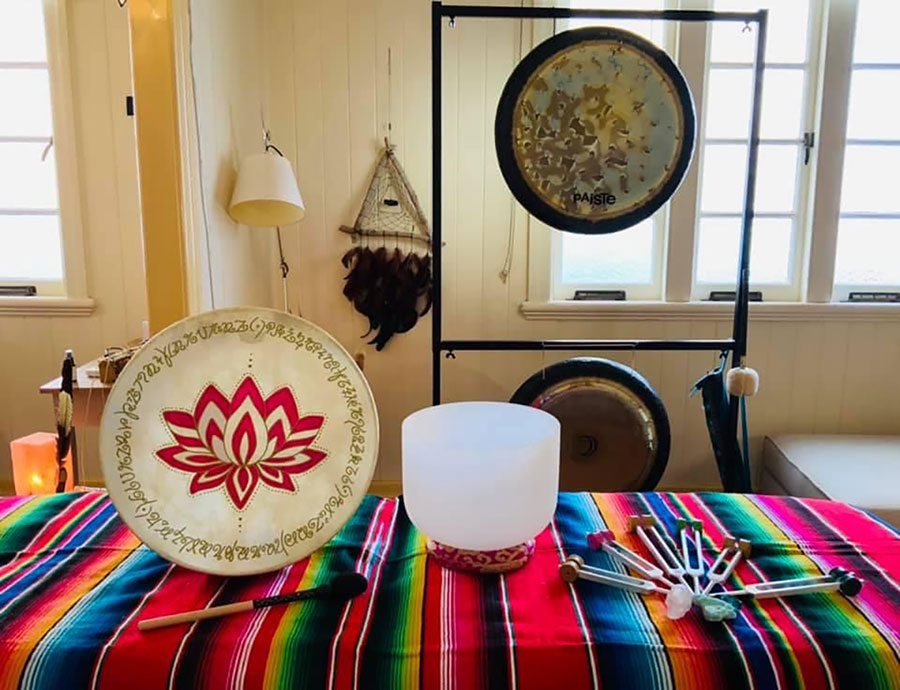 Although Cassandra has not started her clinical practice she has been doing remote treatments with friends and family as she works to complete certification. She brings her previous experience as a health practitioner and corporate world experience, but with an esoteric vibe. Her treatment sessions incorporate tuning forks, hand chimes, Tibetan bowls and gongs, she has an Earth Creation, Pluto and Moon gong. “I layer sound in my treatments as I feel adding the extra layers of sound creates a protective and sacred container for the whole treatment. People are very receptive to my approach as I believe that you attract those who genuinely resonate with you.”

Cassandra looks forward to finishing her practical hours and thesis project as well as meeting the newest member of the Acutonics family, Hygiea. If you would like to connect with Cassandra she can be reached at cass.koutouridis@gmail.com.