Uranus the Planet of Rebellion 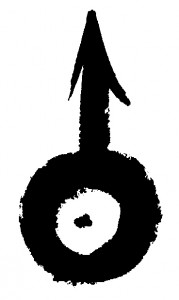 Uranus the Great Awakener supports illumination, independence, humanitarian and egalitarian efforts. Lending support to the break-down of established patterns or structures that have out-lived their usefulness to replace them with creative new structures. As I reflect on Uranus this month, I am deeply heartened by the millions of women around the globe who continue to march and speak out about abuse and social injustice fighting for change on a global scale. Let's join together in community in support of these positive actions —sound the gongs, ring the chimes, sing out loud and clear in solidarity from a place of love and compassion to unearth the shadow and shift into the golden light of a new dawn.

When Sir William Herschel discovered Uranus in 1781, our universe was irrevocably changed. Herschel, a professional musician and amateur astronomer, was watching the sky through a homemade telescope when he noticed an object that seemed different from its surrounding stars. At first it was thought to be a comet, but after further study, Herschel and several other astronomers deemed it a distant planet, twice as far away from the Sun as Saturn—making Uranus the first planet to be discovered with the aid of “modern” technology, a telescope

Uranus wasn't discovered until 1781. As one of the outermost planets, it moves rather slowly through the zodiac. The result is that its effect is felt more generationally than individually.

Uranus brings with it a new way of looking at things, and its approach is best met with an expanded consciousness. Originality, inventions, computers, cutting-edge technologies and future events are all ruled by this planet. Uranus sees no need for the status quo, preferring instead to break with tradition and create a new mold. While the building blocks (science, electricity) are safe here, this planet would rather focus its gaze on a new world order. To that end, rebellion, revolution, dictators, an autonomous state and free will all fall under the aegis of this planet.

No one will ever characterize Uranus as subtle. This is the planet that coaxes erratic and bizarre behavior and byzantine schemes. A bohemian, utopian society is more in keeping with Uranus's bent, as are humanitarian ideals. Freedom and creativity are important to this planet; Astrology is also within its realm. Lastly, in keeping with its sudden, sometimes violent and often unexpected manner, Uranus rules earthquakes and other natural disasters.

It takes Uranus 84 years to complete its trip around the zodiac. It is an androgynous energy and rules Aquarius and the Eleventh House. Uranus is considered to be the higher octave of Mercury and the first of the transcendental planets.