Cycles as Portals of Possibility

Happy New Year. We think it is useful to approach the change from one year to the next, not so much in a chronological/linear manner, but as a movement through a placeholder in the constant flow of cycles. The start of a new cycle brings opportunities for expansion and revision and for the release of energetic patterns that no longer serve us. Major marker celebrations in the cycles are times when great stored momentum can be released and access to energy of potentiality and possibility can be realized. Portals can be opened to provide connection with transformative potentiality.
more » 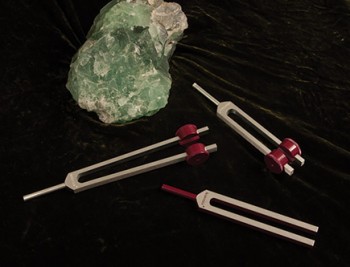 Nibiru the Planet of the Crossing

As we launch into 2019 it feels appropriate to revisit powerful healing themes associated with Nibiru an integral part of the Acutonics healing system. While theories about Nibiru abound, it has been a core element in the Acutonics methodology for nearly twenty years. Recent theories on binary star systems suggest that at least 80% of known stars have a binary partner, meaning it is partnered with another star or something as massive as a large planet or a brown dwarf.
more »