The Season of Autumn and the Metal Element 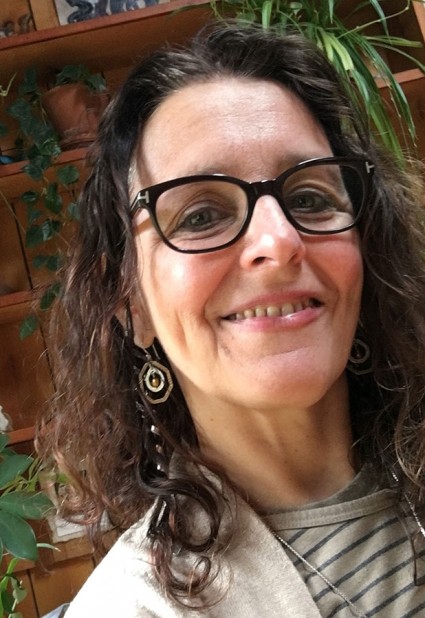 This time of year is also associated with the Metal element and the borders between the internal and external environments. Paired with the Metal element are the organ systems of the Lung and Large Intestine, which are also involved in this internal and external exchange. Together these two systems diffuse a protective Qi in our field and around our body.

During this Autumn time, when we prepare for the colder, darker season of winter, we cultivate courage, which is the virtue of the Metal element, and reflected as strong external Qi; also called Defensive Qi or Wei Qi. This protective Qi manifests in us as a strong immune system and protects our system from pernicious influences and/or intruders, such as viruses and bacteria, wind and cold.

The Lung and Large Intestine engage in a most beautiful rhythmic dance as the Lung (yin), moves the life force in and through the breath and then releases it out while the Large Intestine (yang), absorbing and circulating food and water, releases that which is no longer needed. This rhythmic movement of yin and yang, this inward and outward movement, controls the nervous system in a symbiotic relationship that regulates and governs our energy and our pulse. This dynamic rhythm creates a bridge between the body and the mind, keeping them in harmony and balance. In the Acutonics system, we are always looking for the rhythms and harmonies that are at play as well as where they become out of sync. It is quite lovely how music and dance, as a response to this internal musical score, is reflected in the systems that support life in our bodies and the creative expression of our life’s path. This never ceases to amaze me!

Themes to work with during this season are the Lung and Large Intestine, letting go, grief, courage, boosting the immune system and building the Wei Qi. The frequencies and archetypes that correspond to and support the Metal element are Mercury, New Moon, Mars, Sun, Earth Day and of course, Ohm.

Mercury most naturally aligns with the Metal element as it rules the lungs and communication, moving freely between borders and boundaries. New Moon relates keenly with letting go and releasing attributes mirrored in this Autumn season. Mars being the ultimate warrior, aligns with the courage that aids in building immunity and defensive Qi. Along with Mars, we can use the Sun, with its vitality, and Earth Day, with its regenerative new growth to help build and generate the Wei Qi in the Spleen and Stomach channels. The Stomach and Spleen are represented by the Earth element which is the parent of Metal in the creation cycle according to Five Element theory.

The following protocol is written with advanced interval combinations. It can be simplified, while still being quite effective, by pairing each frequency with Ohm.

For Level I-III students, this is a sneak preview of what you will be learning in Level IV. I encourage you to listen to these advanced intervals with curiosity and remember to honor your time to learn about each frequency paired with Ohm before you skip too far ahead with these dynamic and powerful intervallic combinations. Ohm is our home frequency and the vantage point from which we learn.

KID 1 (Gushing Spring) – Ohm Unison to ground and balance and to begin and end our sessions.

Four Gates of Heaven - LIV 3 (Great Surge) and LI 4 (Union Valley) Ohm/New Moon 5th or Mercury/New Moon 5th–– to release and let go of any stuck energy, emotions, unresolved grief, or stagnation, to soothe the Liver, activate the Yuan Qi (Source Qi) and support the movement of the Wei Qi. An interval of a 5th opens.

LU 1 (Central Treasury) – Low New Moon /Mid Mercury 4th - to regulate and deeply support the lungs, ease and calm grief, bring inspiration into a new cycle and restore a feeling of beauty in the world. An interval of a 4th gives structure and support.

LU 9 (Great Abyss) - Ohm/Low Mercury 2nd, Low Mars/Sun 6th/7th - to support and strengthen the source Qi of the Lungs and the immune system, ease the weight of depression associated with grief and to move grief out of the abyss. An interval of a 2nd stimulates, and a 6th/7th extends fullness and pushes towards wholeness.

Low Earth Day/Sun 4th or use all three together Low Mars/Low Earth Day/Sun – to strengthen the Spleen & Stomach and to regulate and tonify the Wei Qi which is formed and created in the middle burner by the Spleen. An interval of a 4th gives structure and support.

ST36 (Three Leg Li) – Low Ohm/Sun 7th, Low Mars/Sun 6th/7th) Low Earth Day/Sun 4th or use all three together Low Mars/Low EarthDay/Sun – to stimulate and boost the immune system and the production of NK and T cells and strengthen the Wei Qi.

UB 23 (Kidney Shu) – Low Ohm/Sun 7th, Low Mars/Sun 6th/7th – to warm and tonify Kidney Yang and to support the Wei Qi at its root where it originates from in the lower burner.

Building Immunity, The Eight Extraordinary Vessels and the Wei Qi

The Eight Extraordinary Vessels regulate the Qi in the body that supports our immune system on a fundamental level which in turn regulates our Wei Qi through the original organization and direct connection from heaven to earth. This connection between the EV’s and the Wei Qi supports the basis of the Wei Qi and how it is formed and distributed throughout the body.

The Chong Mai, the Ren Mai, and the Du Mai have a direct relationship to guard the abdomen, thorax, and the back and can be used to build up the Wei Qi and enhance the immune system.  It is said that the Wei Qi enters the Urinary Bladder channel at sunrise and circulates through the yang channels all day, and at dusk it enters the Kidney and circulates through all the yin channels at night. This is another yin/yang rhythm our system follows and can be worked with before or during a time of illness to enhance and strengthen our natural immunity.

Pick the two that fit best for your session.

DU Mai – SI5 (Back Ravine) opening and UB62 (Extending Vessel) balance – Low Mercury/Low Mars (microtone), Low Mars/Sun 6th/7th) Sun/ Mid Mars 2nd/3rd, Mercury/Mars (microtone) – to warm and tonify the Kidney Yang and to move and support the Wei Qi at the root.  The Kidney Yang is the root from which the Wei Qi originates as well as the root of yang in the whole body, which supports resistance to disease.

Chong Mai – SP4 (Grandparent/Grandchild) opening and P6 (Inner Gate) balance – Low Mars/Sun (6th/7th, Low Mars /Low Earth Day (4th Low Earth Day/Sun 4th or use all three together Low Mars/Low EarthDay/Sun – to nourish, strengthen, regulate and tonify the Wei Qi, which is formed and created in the middle burner. The Chong Mai is the sea of blood and the source or basis of the Wei Qi.

Remember that the EV’s support not just the physical body, but the whole being. This is particularly significant right now, during this time we are living in.  I am noticing that many of my clients have come in during this past year with varied emotions related to restrictions and adaptations in their lifestyles and how they relate to the external world around them, which often results in feelings of isolation, disconnection, fear and confusion. Working with the Eight Extraordinary vessels can support this protective Qi and help to regulate our basic connection to the earth and space around us.

If you would like to discuss these protocols further or dive deeper into the discussion of the Wei Qi, Five Elements and the Extraordinary Vessels, you can join our monthly Saturday morning Online Study Group/Clinical Hour Forum: https://northwestacutonics.corsizio.com/

Class schedule and registration can be found here:  https://northwestacutonics.corsizio.com/