Sun: The Star We Know Best 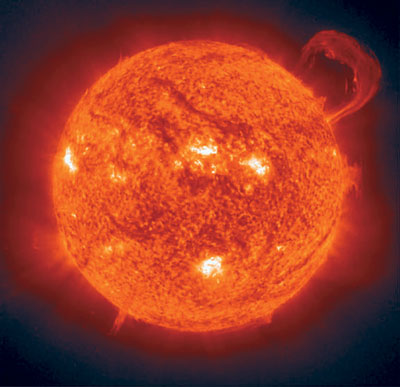 Excerpt from Hymn of Apollo by Percy Bysshe Shelley

I am the eye with which the Universe
Beholds itself and knows itself divine;
All harmony of instrument or verse,
All prophecy, all medicine are mine,
All light of Art or Nature;—to my song
Victory and praise in their own right belong.

The Sun is the center of our universe, around which all other planets evolve. The most basic qualities of the Sun relate to the self, vision, illumination, numinosity, enlightenment, consciousness, collective consciousness, the father, the divine child, and the solar hero. The movement of the Sun through the zodiac also provides a perennial reenactment of the cycles of life, birth, death, and rebirth. The Sun helps us be fully aware and truly conscious, able to access the prophetic nature of Apollo to find our own truth and innate potential.

The Sun is one of more than 100 billion stars in our galaxy and it is the largest object in the solar system. To put it in perspective, there are millions and millions of similar stars in the Milky Way galaxy and billions of galaxies in the universe. But our Sun is special—it supports life on our planet, powers photosynthesis in green plants, and provides the energy and capacity for food and fuel. The connectivity and interactivity of Sun and Earth drive the seasons, ocean currents, weather, and climates.

Some astrophysicists have put forth theories regarding binary star systems (as discussed in Acutonics Level IV) hypothesizing that our sun had a binary partner. While some alarmists have identified this star as Nemesis, we postulate that our sun’s binary partner may well be Nibiru. As we examine the qualities of Nibiru we might liken it to the Shekinah, the feminine aspect of divinity often depicted as inner light or holy fire. Combinations of the Sun and Nibiru in treatment have been compared to a Taos sunrise a beautiful awakening to the light within. 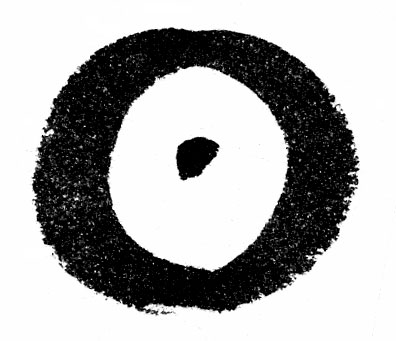 The poets did well to conjoin music and medicine in Apollo, because the office of medicine is but to tune this curious harp of man’s body, and to reduce it to harmony.

Helios the all-seeing god is a source of vision and higher consciousness; his rising signified the renewal of life, and his setting was related to the underworld or death. The myths of Helios are eventually identified with Apollo the god of light, truth, harmony, divination, prophecy, medicine, and archery. He is a giver and interpreter of law, punisher of wrongs, and, as leader of the Muses, a patron of intellectual pursuits, music, poetry, and the arts. Apollo is one of the twelve great Olympian gods, the son of Zeus and Leto, and twin brother to Artemis. Like the Sun itself, Apollo’s hair is depicted as golden rays. As patron of archery, he and his twin sister, Artemis, are associated with the bow and arrow, weapons that symbolize the male and female principle. Historically the arrow also represents the rays of the Sun and like the herm, associated with Hermes, is viewed as a phallic symbol of power. 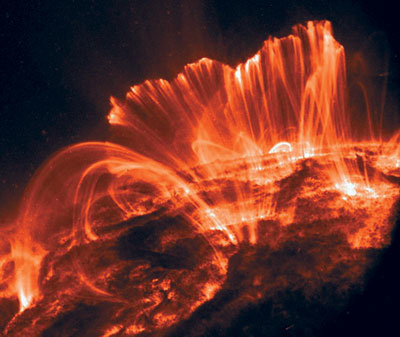 Apollo’s associations with healing are tied to two of the greatest healers in Greek mythology: his son, Asclepius, and the centaur Chiron, the wounded healer, whom he fosters. The myths of Apollo and Hermes are also interwoven, for these half brothers share an association with music, the arts, and healing. At some point the staff of Hermes, a gift from Apollo, becomes the snake-entwined Caduceus, which is also associated with Asclepius. Throughout the Greek and Roman world, there were temples of healing erected in honor of Apollo and Asclepius. Their relationship to healing was illuminated in numerous early versions of the Hippocratic oath: “I swear by Apollo the physician, by Asclepius, Hygeia, and Panacea, and I take to witness all the gods, all the goddesses.”

The most basic archetypal qualities of the sun relate to the self, vision, illumination, numinosity, enlightenment, consciousness, collective consciousness, the father, the divine child, the solar hero, and the triumph of light over darkness or evil. Although the Sun is linked with yang energy in the Tao there is interplay between light and dark and no judgment on whether light is better than dark. Rather balance of yin and yang, male and female, light and dark, where neither one nor the other is stronger or more powerful, but together form a cohesive whole.

A healthy level of respect when working with the Sun tools is important as research supports the Sun’s potential for destruction as witnessed through a parched Earth, deforestation, loss of crops, and rising global temperatures. Additionally, increased solar flares and sunspot activities have the capacity to significantly interrupt modern technology and may also result in disruption of the human heart and other regulatory systems. A recent study conducted by the Heart Math Institute supports findings that document ways in which changes in solar and geomagnetic activity impact the human nervous system. 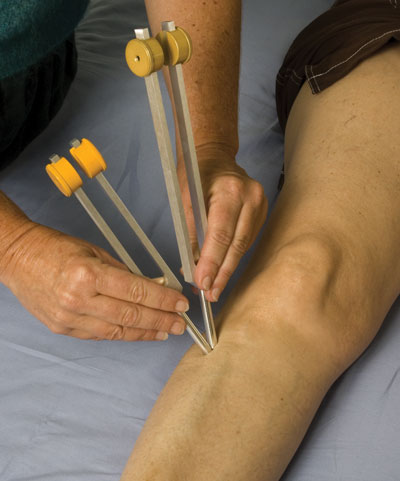 Intervallic Personality: The Solar 7th Interval is a conveyor of strong yang energy. Powerful, warming, strongly tonifying, and initiatory, it seeks resolution and strives for completion. The Sun helps to overcome limiting environmental conditions and to put us in touch with the divine seed. 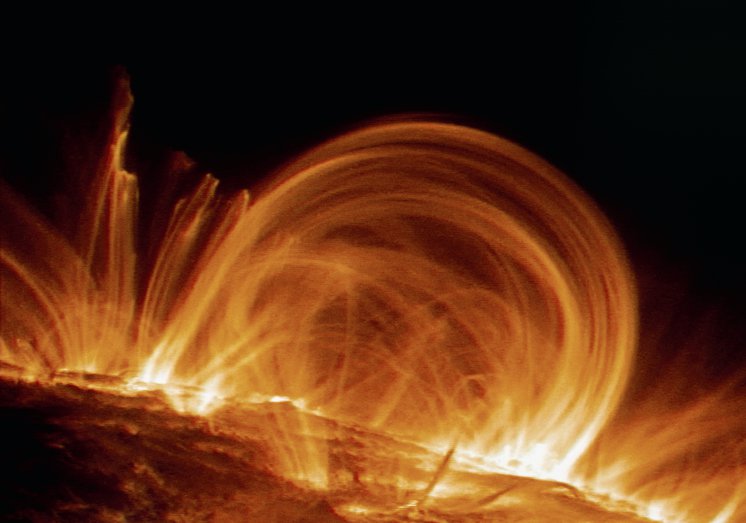 Enhance Immune Function: Apply the Solar 7th to ST 36, Leg Three Li and follow with the Ohm/Mars 2nd interval on ST 36 as the defensive energy of Mars is vitalizing and activating.

Peripheral Neuropathy: Apply the Solar 7th Interval to points at the webs of the fingers (eight pathogens) and toes (eight winds). The energy of activation can be directed more specifically to the nerves with an application of the Ohm/Mercury Microtone to these points. Follow with high-frequency Solar 7th in the subtle fields around the hands and feet. It can also be helpful to add the Earth Day 5th Interval on points for general tonification such as ST 36, Leg Three Li and REN 4, Origin Pass. 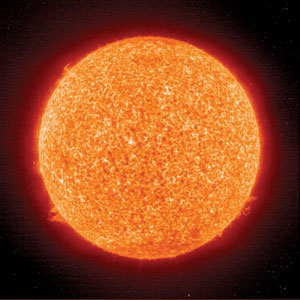 Seasonal Affective Disorder and Depression: The Solar 7th Interval can bring joy and enthusiasm to the heart as the energy of the Sun brings unconditional love that is warming and protective. Apply to REN 17, Chest Center, also the location of the heart chakra. Apply high-frequency Solar 7th in the subtle fields around the entire body to treat seasonal affective disorder. This can be followed by the high-frequency Ohm/Jupiter 4th to expand the joyful and nurturing energy of the Sun.

Low Self-Esteem, Lack of Confidence, or Shyness: Apply the Solar 7th Interval to the third chakra, located at REN 12, Central Venter to inspire confidence, self-assurance, and pride. Follow with the Mars/Venus 5th for self-love and decisiveness. 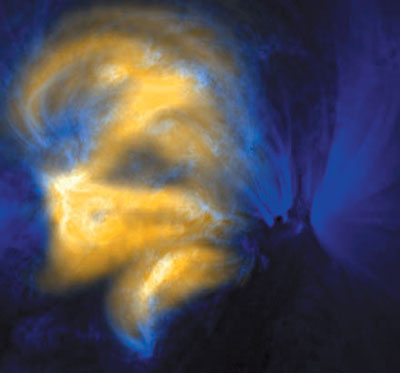 How blessed we are to embrace the light of the Sun. May it fill your hearts with love, joy and boundless enthusiasm for this medicine, which has positively impacted the lives of so many.

Students are introduced to the qualities and therapeutic uses of the Sun in Acutonics Level I & II and throughout Acutonics training additional examples are provided. Also, refer to Acutonics There’s No Place Like Ohm and Acutonics from Galaxies to Cells to learn more about working with the Solar 7th Interval.