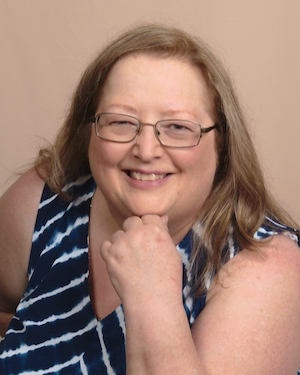 Roots: I was born in 1957 in Spokane, Washington. We lived in Washington until I was 10 years old; then my Dad transferred several times for his job. We lived in Clearwater, Florida; Maitland, Florida; and Buffalo Grove, Illinois.

My dad was originally a firefighter and then became a fire and safety inspector for Northwestern Mutual Insurance. My mom was a bookkeeper. I can trace my medical roots back to my Great Grandmother who was a practicing nurse and excellent massage therapist!

Early Influences: As an only child who moved from the Pacific Northwest to the Florida coast and midway back, I got to see and appreciate the diversity of nature. During family vacations we traveled to many of the national parks and monuments which cemented my thirst to see and experience new places. As a pre-teenager I loved listening to the Beatles. With the cultural influences of those times I became interested in yoga and TM which lead to my interest in eastern practices and philosophies.  Living in Florida, I closely followed the space program and moon launches. I love science and science fiction. Living close to Cape Kennedy as it was called then, the ocean and in a hurricane-prone state, I wanted to be a marine biologist or meteorologist or astronaut when I grew up!

Animal obsession: The beginning of my love for animals started with my uncle taking me horseback riding, camping and fishing when I was young. I would always get into trouble trying to rescue a dog or other stray animal. I terrorized my mother with frogs, snakes and turtles in Florida! Of course, living in Florida, one of my favorite TV shows was Flipper! My first animals were a pet parakeet Penny and my toy poodle–Fifi. Over the years I’ve rescued upwards of 50 cats and 8 Scottish Terriers. My backyard isn’t zoned for horses or I’d have some of those too!

Studies: My first exposure to indigenous practices came when I traveled to Mexico, Columbia, Peru and Ecuador my sophomore year in college. I took a break from school to get married but eventually graduated from Roosevelt University in Chicago in 1991 with a BS in Computer Science. Five years later an injury led me to seek acupuncture. My curiosity about how and why acupuncture worked took me to the Midwest College of Oriental Medicine in Racine, Wisconsin, where I earned my master’s degree in Oriental Medicine. The program included a month in China where we studied at an acupuncture hospital. After graduation I wanted to combine my love of animals with what I learned at Midwest College. In 2006 I enrolled at the Maryland Institute of Integrative Medicine in Baltimore, where I earned a certification in Animal Acupuncture for small animals and for horses.

Hooked from the Start: The first Acutonics class I attended in 2012 was a course held in Edmonton, Alberta, Canada, that I found on the NCCAOM website (National Certification Commission for Acupuncture and Oriental Medicine). My reason for signing up was simply to earn CEU credits for Acupuncture, but it became so much more than that. The first class immediately hooked me. The tuning forks feel like a missing piece that belongs in my acupuncture practice. I feel comfortable with them because the theory dovetails with my background in acupuncture. What keeps me coming back is the closer connection Acutonics has with the earth-based medicines. The Five Element theory in acupuncture is all about the cycles of the earth and nature, and I love that Acutonics incorporates that into the treatment protocols. I feel a bond with the forks because of the close connection to nature Acutonics has. The shamanistic and indigenous tools we learned in later classes have brought me closer to my own intuitive sense of how to heal with the earth energies.

Getting People Back into Their Bodies: The first principle of Acutonics is grounding, and I find that most of us are not grounded in our thoughts and emotions. I explain to my students and clients that bringing a person back into the body through the vibration of the Ohm tuning forks is an excellent way to start a treatment. Healing can start to happen when a person becomes more in tune with and aware of the body rather than staying in the head.

Establish the Flow, then Amplify: My client sessions almost always incorporate acupuncture with the tuning forks. I find that I can easily tailor my treatments to needle where I want a specific response and then apply the tuning forks to amplify that response. I have developed a treatment protocol that begins with grounding, then moves into specific areas of concern using acupuncture needles, and then uses the tuning forks to activate the meridians to balance the whole body energetically.

Beyond the Forks: I especially like to add the singing bowls to the sound therapy portion of my client sessions. My ocean drum is one of my favorites because it adds a calming sense of healing waves washing over the whole treatment area. As the situation unfolds during a treatment, I might also pick up some hand chimes or rattles.

Acutonics in the Heartland: The attitude in the Midwest has been a bit behind the times in terms of accepting alternative medicine. Acupuncture was illegal in Illinois until 1997 but flourished under the radar mainly in the larger urban areas. It has only been in the last 10 years or so that more acupuncture, yoga and Tai Chi practitioners have become available where I live, out in what used to be considered the boonies! Acutonics makes the idea of energy medicine more accessible because people can relate to the idea of vibration making changes. They can see the vibration of the forks and feel the effect on their bodies.

From alternative to integrative: Even though integrative medicine is the latest trend, the reality is the western medical model is still constrained by bureaucratic practices driven by profit margins. It is rare in my area to find a practitioner who is truly in tune with what it means to treat the whole person. As an instructor for Acutonics, I feel it is important to educate people on the alternatives for treating their pain, stress or anxiety. It is also a bit disturbing that practices like acupuncture are becoming more westernized and losing their energy medicine roots. Acutonics helped me remember why I went to school, to learn how to feel and work with energy. Becoming a teacher in the Midwest has been important to me so that I can help others bring that integration of the energy back into their medicine. Besides, I have always complained that the “cool” classes were only found on either coast.

Beam me up, my Scottie: My ideal day is sitting in my backyard watching my Scottie dog chase squirrels, reading, and enjoying a good cup of coffee!

How to Find Me: I live in Island Lake, Illinois, which is a far northwest suburb of Chicago. My office space in Wauconda was recently sold so now I am teaching in an energetically beautiful and open space at Inspire Massage in McHenry, Illinois.

"When I was diagnosed with breast cancer, my world went into a crazy spin. I was suddenly thrust into a foreign land of doctors, drugs, and medical treatments. Elle a recent breast cancer survivor herself, offered to help me with Acutonics sound healing treatments. Not knowing what to expect, I dragged myself in after my first round of chemotherapy. Elle went to work treating parts of my internal body like my liver to not only help with the side effects of the drugs, but to balance and ground me as well."