Fall, the Metal Element and Alchemy 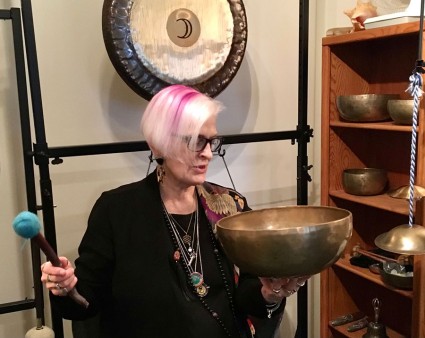 Alchemy is a process of transformation. The alchemist is said to distill the purer essence of something from its denser and coarser form. In the European tradition the focus of the alchemist was finding the process of transmuting baser metals such as lead, into purer, more valuable substances such as gold or silver. The other aspect of this tradition is the pursuit of the so-called Philosopher’s Stone. The Philosopher’s Stone represents an attempt to create an elixir that would create rejuvenation and immortality.

There ancient tradition of alchemy in China goes back to the earliest Taoist roots of Chinese Medicine. In some cases, this took the form of finding substances, or elixirs, that would attempt to produce longevity or immortality. This was considered outer alchemy. There is also a long Taoist tradition of Inner Alchemy. Inner alchemy uses techniques, such as breathing, meditation and tai qi to improve the condition of the body. Out of this came the idea of creating an elixir of immortality by cultivating substances already present in the body, particularly, The Three Treasures, Jing, Qi, and Shen or essence, vital energy, and spiritual energy respectively. Practices of inner alchemy like the Microcosmic Orbit brought together the energies of Heaven and Earth to merge and harmonize these Yin and Yang elements. Taoist practices were developed as a way of cultivating and refining the spirit to merge with the Tao. This level of consciousness allows identification with spirit and an understanding that we are immortal beings.

In more modern times we see alchemical processes included in the work of Carl Jung who, in part, viewed alchemy as a spiritual path and thought that the practice of alchemy changed the mind and spirit of the alchemist.

More recently, a modern alchemist, Dr. Albert Richard Riedel, aka Frater Albertus Spagyricus, founded the Paracelsus Research Society, which later evolved into the Paracelsus College. In his book, The Alchemist’s Handbook, he describes alchemy as “the raising of vibrations”.

We view Acutonics as a modern practice of alchemy. In the practice of Acutonics we use cosmic vibrations to create transformative and transmutative experiences for our clients. The frequencies that we employ help to create vibrational shifts, not only in the most elemental constituents of our physical makeup but, more significantly, in our connection with universal consciousness, the Tao. In our experience, Acutonics not only changes the vibratory state of those we serve but, in alignment with Jung’s view, our own minds and spirits transform as well.

Particularly with the application of Acutonics frequencies to the extraordinary vessels, we find a deep capacity to release old denser patterns and attachments to make way for new possibilities. The extraordinary vessels, which form before the regular meridians, are the basis of our development in utero, and can be viewed as vehicles for reconnection with the undifferentiated (before-heaven) state that brings us closer to our Source.

We offer the following as suggestions for facilitating this alchemical process:

The Chong, Penetrating Vessel, is the first of the extraordinary vessels to form from the undifferentiated oneness and expresses pure connection to Source and to non-duality. Use the New Moon 5th to allow this connection, and Nibiru/Sedna to access unity with Divine Source and a sense of oneness with all things.

The Yin Wei, Yin Linking Vessel, is our clearest connection to new possibilities and the pure essence of our inner being through the powerful field of our heart. Use Jupiter/Sun to expand the heart field and enhance the experience of joy, and Venus/Neptune for creativity, love, and compassion

May this inspire you to embrace your inner alchemist in your transformational practices.