Over the past twenty years, one of the most gratifying experiences for me personally has been the international growth of Acutonics and the opportunity to meet and work with students from around the globe. I just had the pleasure of meeting Olga Bettoni, who attended the new elective that I taught in the UK. Olga’s interest in Acutonics began while she was in acupuncture school.

“I first learned about Acutonics, while studying TCM, and was lucky to meet Andrew Nugent Head who says: ‘It does not matter how you activate acupuncture points the important thing is that you activate them. You can do it with a needle, sound, heat, touch’ … I loved that sentence, especially because I am not very keen on needling people. Personally, I love the sound and I am very sensitive to it. So, I started investigating on the web what exists in that direction. Acutonics was not the first method I discovered, but it was the most profound and complete one, as it encompasses three of my areas of interest: mythology, astrology and TCM.”

Unable to find a teacher in Switzerland Olga, began her Acutonics studies in September of 2017, with Catherine Birch Storey, who offers Acutonics Level I online. Excited about what she learned with Birch, the following month she traveled to Porto, Portugal to take Acutonics Level II with Marco Antonio de Franchi. Throughout last year and this she has continued her studies with Joanie Solaini in the UK, who she describes as her beloved teacher and coach. Olga is also currently studying Astrology and Acutonics online with Will Morris. 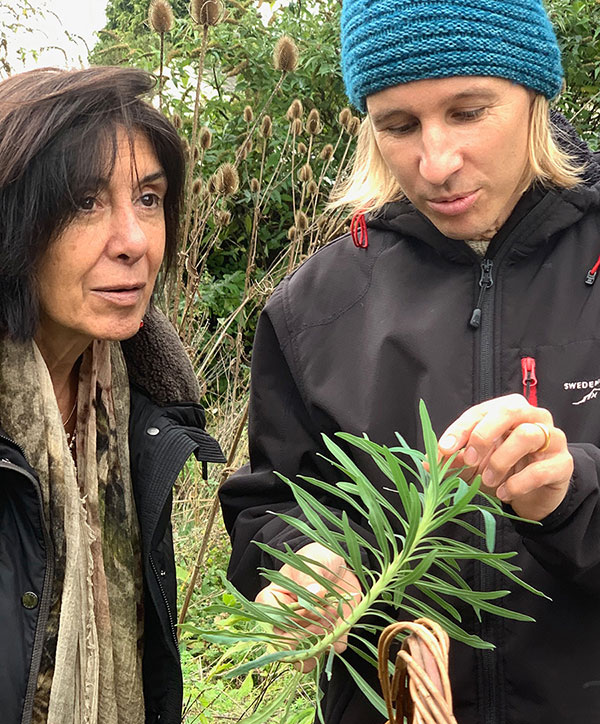 Olga was born in Belgrade, Yugoslavia a country that no longer exists that today is known as Serbia. She studied biochemistry in Zurich, and today lives in Basel, Switzerland. She is fluent in six languages including Serbian, German, English, French, Italian and Spanish. She also has a solid understanding of Portuguese, which helped in her Level II studies, and she is currently learning Arabic.

With a background in biochemistry Olga has worked for many years in the Pharma industry and has extensive experience in clinical trials and the approval process required to register a new compound. However, the study of Chinese Medicine and more recently Acutonics came quite naturally to her as she has always been interested in bridging between East and West. In our recent conversation, Olga reflected, “As a person born in a country that is in the middle between East and West, my background in the sciences never prevented me from keeping an eye on Eastern medicine, including Ayurveda, Tibetan and Chinese classical medicine. So, 10 years ago, I decided to learn TCM here in Basel. To that, I added many special courses with Suzanne Robidoux, Jeffrey Yuen, Andrew Nugent Head and others.” 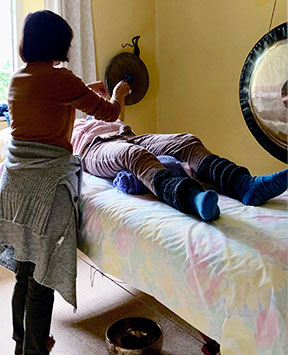 Today, Acutonics has become a center to her healing practice. Although she incorporates moxa, tuina, essential oils, minerals or needles, she views these as assisting her treatments with Acutonics. She stated; “My patients love Acutonics. I can see how they are changing while I am working. When I finish a session, they always say: Oh, I could stay here forever!”

Olga has completed all of her core Acutonics courses and has begun to explore an idea for her thesis. Of particular interest to her is an exploration of the combination of different frequencies with gems and minerals. “The basis for the Materia Medica on Minerals would be the book from Leslie Frank who worked with Jeffrey Yuen. So, as an example, since meteorites come from space, is it not logical to combine them with Nibiru? Or amber is the memory keeper and can bring old memories to the surface – just as Pluto can do!”  I certainly look forward to seeing where this exploration might take Olga.

Thinking about her future with Acutonics, in our time together Olga and I also had a brief conversation regarding her possible interest in becoming a teacher of Acutonics in the future. Something that her teacher Joanie fully supports and without question, both Joanie and I know Olga will have a great deal to offer to her students.