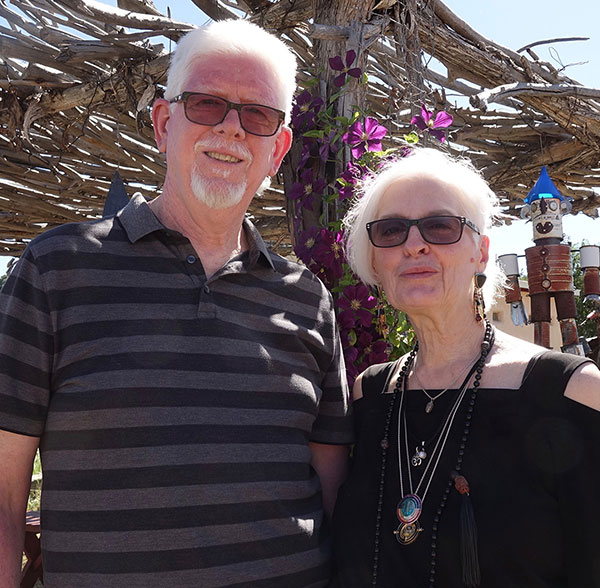 Chakras organize the body on the physical level and allow life force to enter and be processed and expressed in the body. They are places where matter and consciousness come together, and energy is alchemically transformed from the psychophysical to the spiritual. The structure of each chakra contains a nucleus that concentrates or stabilizes the energy of the chakra, and a vortex that refracts consciousness outward. We think of the chakras as toroidal geometries expressing the vortex.

Each chakra has a relationship with an endocrine gland and a neural plexus. This defines a relationship between the chakras, the endocrine system, and the nervous system. When any neurologic tissue/neural network is activated by consciousness it creates mind. In our work we are stimulating this consciousness through vibrational resonance between the chakra and the chosen planetary frequency. Since each chakra has an associated nerve plexus, each has its own mind. This mind is activated by energy with conscious intent. When a chakra is activated it initiates activity of chemicals, hormones, tissues and cellular functions. It also produces energy.

For example, when we activate the heart chakra, we interact with its specific frequency, hormones, chemicals, (like oxytocin) emotions and its mini-brain that networks with the field of information and energy that surrounds it. As a result, the heart chakra sends directions and messages to the organs and tissues located in that part of the body. The person resonates with and radiates loving, compassionate, kind, caring, selfless energy from this center. So, the heart chakra is receiving frequencies that activate consciousness that results in thoughts, feelings and actions that it then releases back into the field.

When we examine each chakra individually with emphasis on this perspective, we can see its contribution to the transformative process.

The First/Root Chakra relates to procreation. It contains and emits a vast amount of creative potency. It provides residence to the kundalini energy, manifesting our divine potential. It helps to connect to our roots and to stability and support.

Useful Planetary Signatures for engaging with this chakra include Pluto, Mars and Venus, Chiron and Nibiru.

The Second/Sacral Chakra is associated with social networks, relationships, support systems, family, interpersonal relationships and cultures. It sustains the energy of both holding on and letting go. It nourishes our zest for life/our desires and pleasures.

The Third/Solar Plexus Chakra is associated with our sense of self, our personal power. It governs will and self-nurturance. This chakra is also said to be a reservoir of healing energy and vitality.

The first three chakras contain energy focused on survival and denser frequencies. They are devoted to the self.

The Fourth/Heart Chakra is associated with love, compassion, gratitude, caring, nurturance, joy, appreciation, kindness, and selflessness.  It is this chakra that is the pivot point where we begin to experience higher frequencies.  It has been said to be the seat of our soul.

In both the Vedic and Hebrew sacred texts, there is references to a unique space within the heart, that is considered sacred. In this center it is said that there is a point that gives rise to the entire universe and radiates outwardly. The central point is called Shiva, a non-moving male force. The radiations outward is Shakti and contain potential for all creation. Rudolph Steiner described a point at the heart center from which the universe arises in a frequency waveform that vibrates out and in at countless times per second. Steiner said the whole universe was contained in those radiations from our heart.

The heart field shows up in measurements as generating an inner tube or donut-like shape referred to as a torus. This shape governs many aspects of life including the human heart. It is the primary shape in existence, unique, stable and very primal shape. The heart is thought to contain a smaller version of the same shape inside of the outer shape and oriented to the same axis.

Part of what happens when we do attunements to the Earth, Moon, Sun and planets, is that we help to facilitate coherence through resonance with those frequencies. This is true also of the Solar 7th that brings coherence to connect us through the Sun to the rest of the solar system.

Though the heart’s electromagnetic field may need sensitive instruments for measurement, it is still the strongest rhythmic field generated in the body and is about five thousand times stronger than the brain’s electromagnetic field.  Much of the recent research on the heart comes from the HeartMath Institute, which has an association with Stanford University.

The newly developing field of neurocardiology views the heart as a sophisticated sensory organ that receives and processes information. References to this “brain of the heart” function are beginning to be found in modern medical research literature that attributes mental functions related to learning and memory to the heart. This is very similar to the functions attributed to the heart in Traditional Chinese Medicine. Modern western experimental research demonstrates that the heart continuously sends signals to the brain related to higher brain functions involved in the processing of perception, thinking and emotions. Some research results also point to the heart as the part of the body contributing most significantly to consciousness.

Besides normal perceptual functions there is new evidence that relates the heart’s field directly to intuition because of its ability to interact with information fields outside the parameters of space and time such as the Akashic field. Experimentation has shown that the heart and brain receive and respond to information about a future event before the event actually happens and that the heart appears to receive this precognitive information prior to the brain. This suggests a connection between the heart’s field and subtle energetic fields that contain information from matter remote in space and events that have not yet occurred in present time.

When we work on the energy of the heart, such as when placing tuning forks, or Tibetan bowls on the heart chakra, we are interacting with the torus energy field and with the functions of the heart related to the “heart-brain”. When we connect our consciousness to our own heart space, we gain deep access to our powerful intuitive sense and to the library that contains all the knowledge of the universe.

With Acutonics we have unique tools that allow us direct connection with the energies of the planets, and through them to the archetypes of our dreams allowing us to help people to bring their dreams to manifestation.

The Fifth/Throat Chakra is associated with the expression of the love that emanates from the fourth chakra. It also relates to speaking our truth and empowering our reality through language and sound. It facilitates the sharing of thoughts and feelings with others.

The Sixth/Brow Chakra relates to higher dimensional perception, the pineal gland, the pituitary gland, and non-linear reality. It enables our ability to tune in to higher frequencies. It is highly sensitive to all vibrational frequencies. It acts like an antenna picking up frequencies in the field. The pineal gland secretes serotonin, melatonin, pinoline, DMT and other metabolites of serotonin. These chemicals are not only powerful antioxidants, but they create potent neurotransmitters that can support transcendental and mystical experiences. Activating the energies of this chakra created an alchemical process. When the pineal is activated and releases these serotonin derivatives, the pituitary gland produces oxytocin and vasopressin. Oxytocin has been called the bonding hormone or chemical of emotional connection because it produces elevated emotions that cause our hearts to swell with love and joy. Vasopressin, also called antidiuretic hormone, causes the body to retain water, so that our bodies have more water to process and transmute higher frequencies to our cells. When vasopressin levels increase, they stabilize the thyroid gland and that stability acts to stabilize the entire endocrine system. This stability along with the activation of the pineal helps to access higher frequencies and elevated states of consciousness.  Acutonics tuning forks are exquisitely suited to activating this process.

The Seventh/Crown Chakra is the “point of enlightenment”.  It is the place where we are aware of our greatest expression of divinity. Our highest level of consciousness originates here and when this chakra is balanced, we experience non-duality and harmony with all things.

The Eighth Chakra/Soul Star Chakra (located about 16” above the head) was known as Ka by the ancient Egyptians. It represents our connection to the universe.  It is said to be the portal for divine love to enter our bodies. It helps to expand awareness and connects to our divine destiny.  We access memory of the quantum field through this chakra.

Paul and Jude Ponton are Senior Licensed Faculty Members of the Acutonics Institute of Integrative Medicine and Certified Acutonics® Practitioners. They are co-author of Acutonics: From Galaxies to Cells, Planetary Science, Harmony and Medicine and Acutonics for Dogs and Cats: Sound Healing for Animal Health. They began including Acutonics in their clinical practices in 1998 and has been certified to teach Acutonics since 2001. They offer the full Acutonics Certification program and clinical mentorship through the Whispering Dragon Center in Seattle, WA and can be reached at 206-706-2836 or email: resonate@whispering-dragon.com.

"Acutonics ties together science, cosmology, biology, and psychology, while providing exceptional hands-on experience for practitioners. There is so much depth and new knowledge gained in every class, this work is deeply transformational. "