Home » News » “A Fascination with Fate”: My Approach to Astrological Interpretation

“A Fascination with Fate”: My Approach to Astrological Interpretation 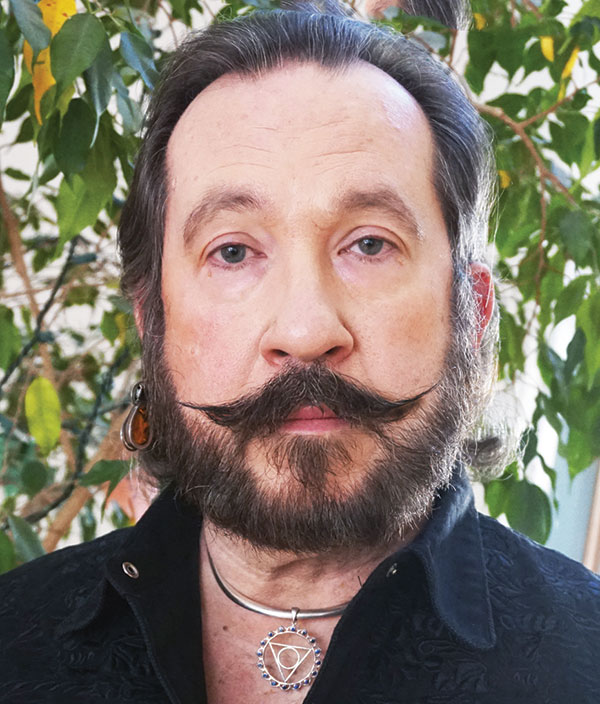 “I stood at a crossroads, and fate came to find me.” ― Liz Greene, astrologer [1]

The principal astrological signifiers of this crisis are all too evident to astrologers, an ongoing Saturn/Pluto conjunction in Capricorn, the cause of upheaval of so many cultural and political institutions in recent years, including a worldwide tilt toward the embrace of a renascent fascism, a political sea change that, to those of us who recall the horrors of World War 2 learned from our history books, is nothing less than anathema. This melding of the malign energies of Saturn and Pluto in the earth sign of Capricorn is a transit that all of us are sharing at present; it is part of the collective destiny of humanity, and however misguided or inappropriate the response to this coronavirus pandemic, the latest manifestation of this outer planet linkage, none of us here in the United States, and in many other countries, both East and West, have been able to escape its impact[2].

That being said, although it is a global phenomenon, the planetary conjunction which accompanies, and, to a certain extent, signifies it, is also a cosmic transit that impacts us on a personal level through our individual horoscopes. Its manifestation may therefore take different forms, depending upon where the conjunction is situated in the natal chart. It is in this manner that the astrological paradigm acknowledges the idiosyncratic character of human destiny; each person who incarnates on this planet has arrived at a unique birth moment, one that, according to astrological tradition, can be mapped and used to chart the trajectory of that person’s fate. This applies even to  “identical” twins. A particular fascination for astrologers is the congruence of outer world events between those individuals who manifest similar birth charts, so-called “astro-twins,” a subject which I explored in an essay for the now defunct Dell Horoscope, and which is included in my first book, Random Ramblings of an Astrological Autodidact (Amazon, 2019).

I first began to awaken to my potential as a healer and diviner in midlife, after an earlier international career as a professional opera singer, and became quite fascinated with cartomancy, divination by cards. Eventually, I found my way back, I would say, as I firmly believe that these proclivities and abilities hearken to past lives, to the Tarot. Tarot helped me to enliven my emergent intuitive abilities, and it was not long after that I began to acquire astrology books. My instinctive feeling at this time was that medical astrology, one of the more arcane branches of our art, should be my metier – perhaps an earlier dalliance with the notion of becoming a physician was a foreshadowing of this later vocational imperative (Saturn in the 9th house is often found in the charts of medical doctors).

However, medical astrology is characterized by a largely traditional approach to consultation, eschewing the “touchy-feely” interpretations of later 20th century transpersonal, psychological and evolutionary schools. This is perhaps not entirely surprising, as a preoccupation with health, the avoidance of illness, and, by extension, premature death, is something that all human beings must eventually accommodate themselves to as they mature. Therefore, medical interpretation of a person’s horoscope is rather more stark and uncompromising in its particulars, and, as such, it forces the individual to confront that very thorny topic which has alienated astrology from organized religion and the modern secular religion, science – that of fate vs. free will.

“Fate is like a strange, unpopular restaurant, filled with odd waiters who bring you things you never asked for and don’t always like.” – Lemony Snicket, A Series of Unfortunate Events: The Slippery Slope[3]

The simple truth is that there are two chronological moments that are an inescapable feature of all human existence – that of our birth, and that of our eventual demise. Death is our unavoidable fate, and our implacable adversary … mortality is an uncomfortable fact of life for our presently youth-obsessed culture, and most people, lacking the requisite consciousness, do whatever they can to forestall its advent. Much of the current crisis relating to the COVID-19 virus has to do with the fact that we are resolutely terrified of death, refusing to acknowledge its essential involvement in the natural order of things. Therefore, faced with the prospect of potential death (however remote), many of us are choosing to voluntarily sunder ourselves from all human contact, which is a form of living death, in my estimation.

Illness is also an inevitable adjunct of our mortal sojourn, and, according to the precepts of astrological medicine, it too is an expression of destiny, reflected in the configurations of the natal chart that signify predisposition to certain types of physical malaise, and the triggering of that potentially malign circuitry by ongoing planetary movement, principally transits to natal planetary positions.

Thus, as you might discern, a touchstone of my approach to astrological interpretation is that of fate as it is realized through health-related crises; in my writings to date, I have extended this to forensic investigations of famous persons’ horoscopes (although not exclusively), endeavoring, as well, to illuminate the astrological underpinnings of accidents, disasters of various types, i.e., earthquakes, car crashes, shipwrecks, tornadoes, explosions, etc., suicide attempts, premature deaths, etc.

It would be difficult to codify exactly how I approach a given person’s chart; I will say that people do not necessarily come to me for medical advice. Nevertheless, as an individual who has latterly become an energetic healer, I analyze the natal configurations for certain signatures that can be seen to indicate physical or energetic debilities. For example, in my experience, natal Mercury retrograde is often experienced by the native as an inability to have their voice heard by others as a child, particularly within the family of origin. This is a profound wounding to the throat chakra, which could, over time, manifest as various blockages.

I encountered a young woman in London who had an unmistakable goiter, something I had not previously witnessed; she had Mercury retrograde in her natal chart, and her childhood experiences were more or less as I have described above. The profound hindrance of the throat led to the later development of this disfiguring condition. Ironically, it is often Mercury retrograde persons who become hugely successful for the creative outpourings of their throats, particularly pop singers,s e.g., Paul McCartney, Stevie Wonder, Madonna, Lady Gaga, Prince, and the like, but also Salman Rushdie, Hillary Clinton, Steve Jobs, et. al.. It is as if they must overcompensate to an extraordinary degree for the energetically damaged throat chakra, and bring their message to as many people as possible.

Other factors that are subject to consideration are an outgrowth of my acquaintanceship, as a non-acupuncturist, with certain key theoretical concepts of Chinese medicine. I employ the 5 Element planetary correspondences that may be found in the ancient literature, as follows, Mercury (Water), Venus (Metal), Mars (Fire), Jupiter (Wood) and Saturn (Earth). All traditional medicines, including medical astrology, view disease as a concomitant of disharmony within the body, relating to its constituents, i.e., elements or humors, etc. Therefore, one can glean insight into potential illness by delineating the relationships between the planets that relate to these elements.

Another Chinese medicine system that I make reference to in my delineations involves a mirroring of the 12 acupuncture meridians by the 12 houses of the Western horoscope. This was a schema suggested by the German astrologer, Reinhold Ebertin, the founder of cosmobiology, a 20th century technique which utilizes planetary midpoints, zodiacal positions exactly between two natal or transiting planets, where their energies combine. I first became fascinated by midpoints when I taught my first medical astrology seminars for Acutonics®, because I realized that they represented a combination of two tuning forks, and this would be an extraordinarily useful tool for vibrational medicine practitioners.

I have likewise devised my own model in which I chart the Eight Extraordinary meridians of Chinese medicine, each corresponding to a 45 degree arc of the horoscope wheel. As engagement with these “DNA” meridians permits the practitioner to address the most profound levels of the individual’s genetic heritage, this is likewise an extremely powerful way to re-interpret the horoscope.

As you’ll have discerned, I freely interweave astrological systems both ancient, cutting-edge and original, to arrive at my own interpretations of the horoscopes that I find compelling. However, astrological delineation is a skill set that only comes to fruition following many years of assiduous study and experimentation with individual horoscopes; I feat that I have only scratched the surface of this topic and my approach to the task, but I hope that it will pique your interest and that you may investigate further through perusing my published books of essays, Random Ramblings of an Astrological Autodidact and Miscellaneous Maunderings about the Starry Sky, both rated 5-stars and available on Amazon.

I will leave you with the following exemplary quote, which, one might argue, could be an astrologer’s credo, and perfectly encapsulates my own views regarding this timeless and profound art:

“Fate is the promise that life is not a random string of tragedy and comedy without meaning. Fate proclaims that our lives are in fact so meaningful, so necessary, that our stories are written by the gods and goddesses, by the heavens themselves. We may only glimpse our fate, hinted by the stars or the creases of our hands; but even this glimpse is evidence of our contract with the universe, that we are players in the great wheel of life and death and rebirth.” – Sy Montgomery, Spell of the Tiger[1]

[2] A number of my colleagues have pointed out that when Saturn and Pluto rendezvous in Capricorn, it usually occasions widespread contagion; see, e.g., https://astrologsmiljanagavrancic.blogspot.com/2020/03/the-great-saturnpluto-conjunction-at-3..html?spref=fb&fbclid=IwAR0JeysRmFxIBmDlaRahqBiqSSnZl5bB4uyAklODJfyrXRgJqZZkP9tXWBA, accessed 4/18/20.

"With every session we participate in and every class we teach, we access new levels of awareness of the infinite compassion, generosity and expansiveness that is available to us and we increase our capacity to engage in joyful creation of portals to new realities for ourselves and those we serve. "