Will Morris comes to Acutonics from his work at the intersection of medicine, astrology, and music. He has a history of using the astrological chart to select sound frequencies for the healing process, so the Acutonics approach was a perfect fit. 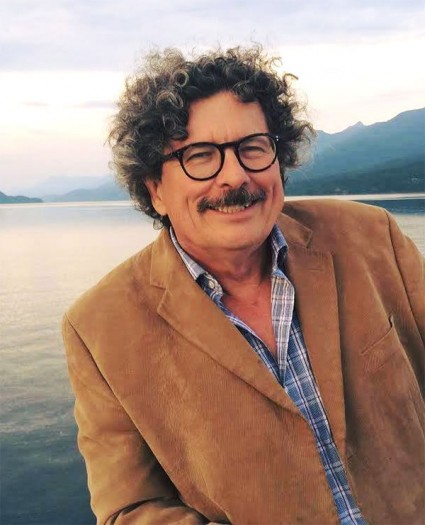 As an educator and practitioner, he participated in the development of three doctoral programs in acupuncture and East Asian Medicine. He also developed two institutional review boards for oversight of research in acupuncture and East Asian Medicine. As president, he led AOMA Graduate School of Integrative Medicine to a level IV doctoral degree-granting institution within the Southern Association of Colleges and Schools.

Versed in the astrological traditions of early Greek, Medieval, Renaissance, and Vedic Astrology, he also uses contemporary astrological methods such as cosmobiology and Vibrational Astrology as a centerpiece of his practice.

Will is both a writer and musician. His books include Cycles in Medical Astrology, Transformation: Treating Trauma with Acupuncture and Herbs, Li Shi-zhen Pulse Studies an Illustrated Guide, TCM Case Studies: Dermatology, and Reiki: Hands that Heal. Will’s musical projects include Helios Rising and Helios Attunement, both works from the mid-1980s when he also performed flute on Steve Roach’s Quiet Music project. His current musical projects include ambient contemplative works to be released soon under the Helios project, planetary musical journeys following the Acutonics system and interspecies art projects with human-plant improvisational soundscapes.

Morris recently retired from his role as president of AOMA Graduate School of Integrative Medicine to the Kootenays of British Columbia to join his wife Theresa Lee in sound healing adventures, plus teaching and writing about pulse diagnosis, medical astrology, sound healing and herbal medicine.

My father was an Air Force intelligence officer and a rocket fuel engineer. In addition to remote viewing intelligence gathering, he served on the project Blue Book study of UFO technology. His last rotation was commander of the rocket lab at Edwards Air Force Base, where he oversaw the launching of the first GPS satellites.

My mother earned her master’s degree in interior design at Purdue University. After becoming an alcoholism and drug abuse counselor, she was exposed to Reiki and became a Reiki master in 1980. Her lineage went from Usui to Hayashi to Takata to Samdahl to Joyce Morris. She combined her studies in fengshui with interior design to provide fengshui counseling services.

Outside the Lines: My mom encouraged us to think differently. And my dad taught us to work hard. I remember a teacher once gave me a lesser grade because I hadn’t stayed inside the lines for a drawing assignment. And my mom told the teacher, Let him draw outside the lines. That seemed to go for my brother too. He’s now in Peru, where he runs an ayahuasca church.

Only Slightly Alienated in Ohio: Even though I couldn’t wait to get out of Ohio, and fled there at 19, it was very progressive at the time. My senior year of high school I was in an experimental program taking place out of Antioch College in Yellow Springs, Ohio. It was called Omega Community High School, and we were given the graduate competencies for the senior year of high school and designed our own programs. I didn’t realize at the time that this work foreshadowed my involvement in running and designing programs in acupuncture and East Asian Medicine.

Departure for California: Finding myself in California, I attended Dick Grove’s School of Music and studied with Mitch Peters, lead percussionist for the Los Angeles Philharmonic Orchestra. I also studied music at Valley Junior College, where the big band served as a holding tank for players in the TV and recording industry. I had planned to study music at Cal-State Northridge but left school to play professionally.

On July 7, 1977, I was working as a musician in Lake Tahoe and was meditating on a dock. It hit me like a ton of bricks that music was not the path for me as a sole expression. I had studied psychic healing at a place called The Fourth Center. That year I was gifted with my first tarot deck and a copy of the Yi Jing. Having studied astrology for a few years on the road, that fall, I performed my first professional reading.

Music + Astrology = Healing: I studied with the Church of Light, which used astrology and tarot as keys to enlightenment. Then with Marion March, who’s one of the great teachers of astrology. And also Ron Teeguarden. And around then I started doing healing work, while also correlating music with astrology. I set up a synthesizer with a pitch. And I’d play and flute along with aspects of the astrological chart. It was pretty cool.

Music on Hold: As I got more into medical studies, music went to the back burner. But astrology remained top of mind. After graduating, from Emperor’s College and earning an OMD at SAMRA University, I moved to Massachusetts to practice and study with Leon Hammer, MD and his teacher the late great Dr. John H.F. Shen. I cotaught Dr. Shen’s work with Leon Hammer for about eight years. During that time, I also developed two-year herbal programs for the acupuncture societies of Massachusetts and Florida. A new calling arose with Uranus opposing Uranus, then I went back to Los Angeles, where I served as Dean of Emperor’s College, earned a master’s degree in medical education from USC and a DAOM at Emperor’s college. AOMA Graduate School of Integrative Medicine offered me a role as president and I served in that role for 10 years, leading the institution to accreditation as a Level IV doctoral degree-granting institution. During my time at AOMA, I pursued a PhD in Transformative Inquiry at the California Institute of Integral Studies, where I focused on qualitative research and design in service to the acupuncture and astrology communities.

First Forks: I was first exposed to the tuning forks in 2001 while serving on the board of AAAOM. We were running a conference in the Washington, D.C. area and Acutonics had a booth there. In the midst of vendor hall clangor, the vibrations of the tuning forks and gongs reached me. I found it fascinating. It was like finding the midpoint of my varied interests in medicine, music, and mysticism.

I remember thinking that the work was in the lineage of the Pythagoreans and the Neo-Platonists. As I looked further, it became apparent that basing the frequencies on the orbital speed of the planets was actually a Post-Keplerian view, since he was the one who identified varying orbital tendencies for planets. At the time, my thought was, “I get this.”

During my first year in Texas, serving as president of AOMA, I was allowed to supervise in the clinic as a guest professor. The acupuncture board lost my documentation of education, and through a series of adminstrative trivia, it took a full year for me to get my license in Texas. I used the tuning forks based on my background in classical Chinese medicine and astrology for my practice. It worked like a charm.

The Deepening Spiral: At first, I used Acutonics as a replacement while I worked out my licensing needs. The intersection of astrology and medicine with music was too great a coincidence for me to ignore.

In my practice, Acutonics has progressively taken center stage as they are the actual expression of the planetary forces in the astrological chart and can be used as tools for healing the early wounds of this life and even the ancestral wounds of the bloodline throughout history. As an example, I will take planetary frequencies from a focal point in the astrological chart related to the client concerns. I will tune a synthesizer to these frequencies and leave them going in the background while providing Acutonics treatments. When my acupuncture treatments begin to arc towards resolution, I use the forks to touch the needles lightly, sending the treatment into a deepening spiral.

Back to the Vibrations: Musically, I am working on a project that takes a single planet and creates a triptych for that planet, using the planetary gong as a tonal center or substrate for the musical creation.

Acututonics are infused into my practice, my daily life and my spiritual life as I build rituals, performances and learning experiences rising up from the depths of cosmos in vibratory expressions.

Will lives in British Columbia at the east shore of Kootenay Lake with his wife, Theresa. He is available for courses, mentorships, consultations, and treatments in between music and writing.