While preparing for an annual excursion to Brasil to see my daughter, I’m remembering a man I met there nearly five years ago. In January of 2014, the height of Brasil’s steamy summer, Alaine and I hiked the Atlantic Forest surrounding Paranapiacaba, a tiny railroad town near São Paulo that has seen better days. Per state park regulations, no one can enter the forest without a monitor ambiental (environmental monitor), and ours was a big, loquacious, adventuresome man named Marcos Vital. 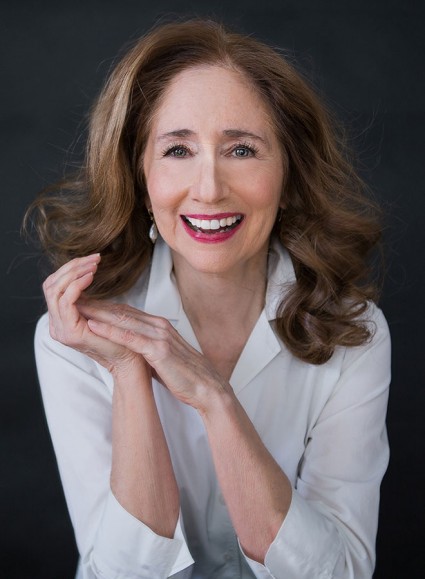 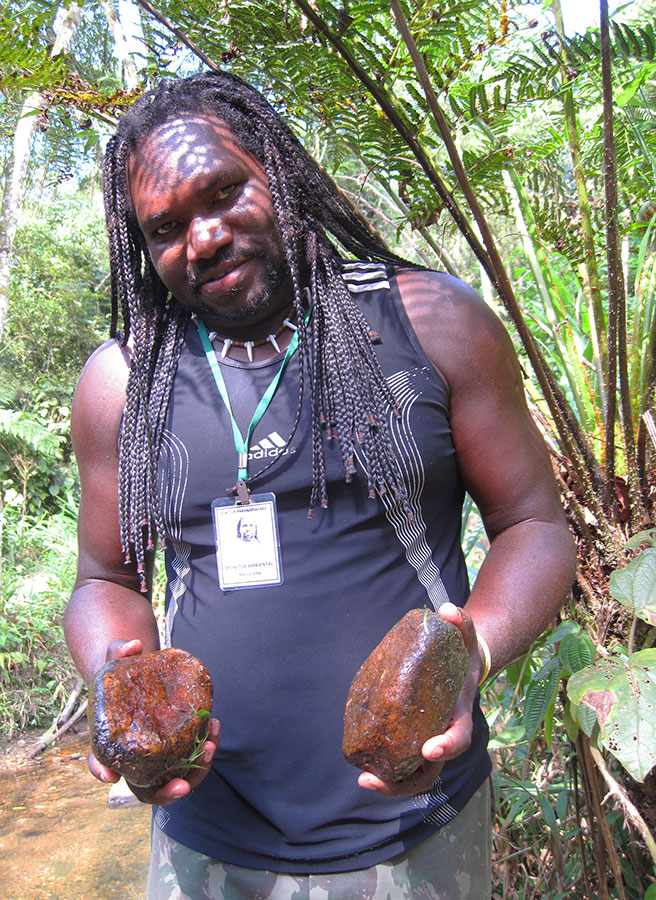 I found his story astonishing yet familiar and wondered how many other stories of vibrational therapies around the world echo Marcos’s experience. I think it’s highly likely that vibrational therapies have been discovered and successfully utilized by peoples of many eras and from a multitude of cultures, with sound therapies being in the fore. 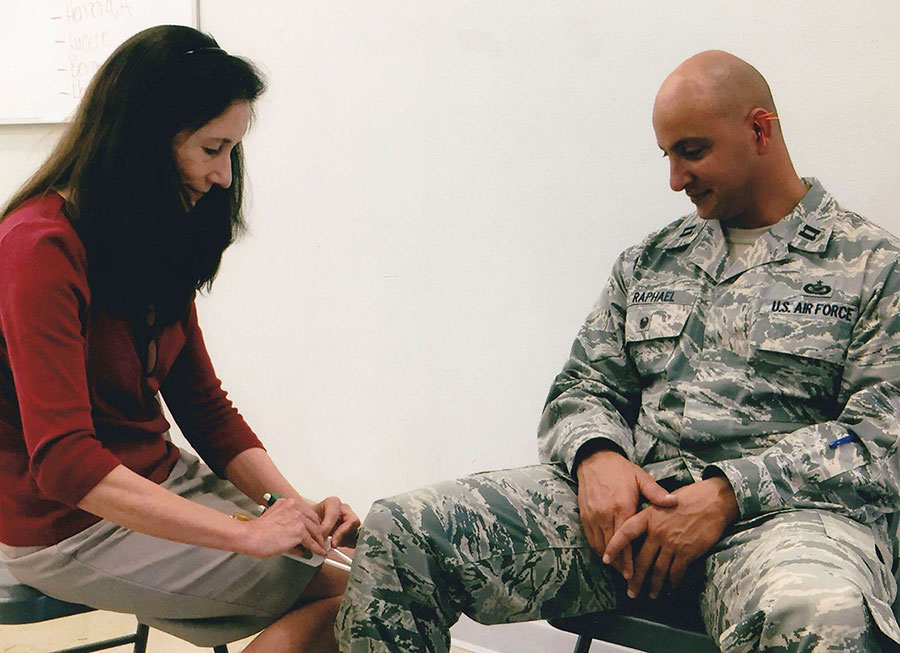 I was profiled in the January 2017 Acutonics newsletter (https://acutonics.com/news/profile-laurie-mcdonald/), so anyone interested in my background can refer to this article. I’m happy to report that I continue to offer free Acutonics stress and anxiety reduction clinics, in collaboration with an acupuncturist, to Albuquerque veterans and their families. We’ve been holding clinics for four years and would love to share what we believe are some best practices, if anyone is interested in this information. Given the state of medical care for veterans, it’s profoundly satisfying to see participants realize improvements from our work. One of the clinics is for women only, and over the years we’ve learned that nearly 100% of female veterans have been sexually harassed and worse, and it’s important to create a safe space for women who may be easily triggered by the presence of men. One of my dreams is to see Acutonics accepted as a treatment modality by Western medicine in general and the Veterans Administration in particular, and given that acupuncture has made inroads in that regard, it may just happen. 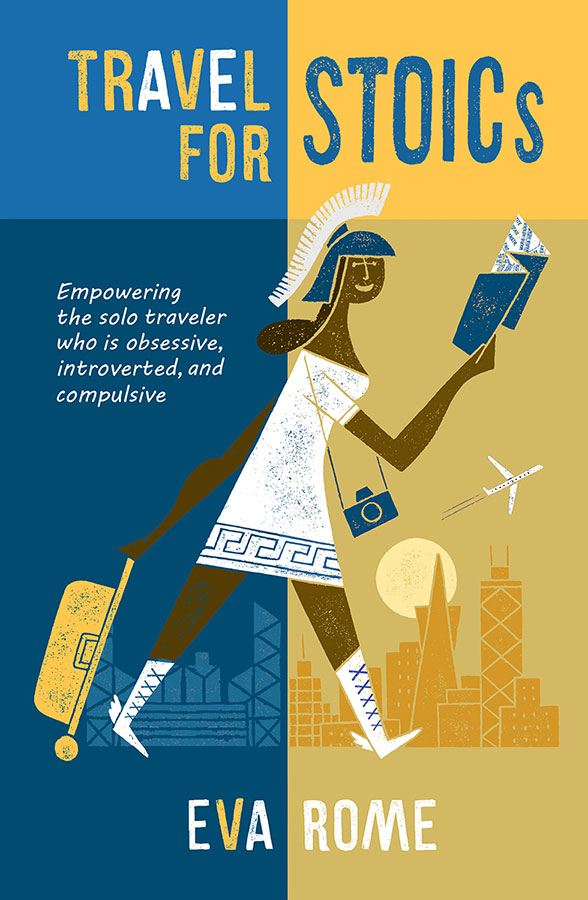 In addition to being an Acutonics practitioner, I’ve spent over four decades being a writer and media producer. In 2018, writing as Eva Rome, I published my second book (no one is allowed to read the first one) called Travel for STOICs: Empowering the Solo Traveler Who Is Obsessive, Introverted, and Compulsive (STOIC is an acronym for Solo Traveler, Obsessive, Introverted, Compulsive). Travel for STOICs is part travel book, part survival manual, and part memoir, but of a different sort. It’s not about which great restaurants to patronize or what sites are a must-see; it’s about how to master solo travel challenges that happen in between those activities while successfully managing your O-C, introverted self. With advice from the Classical world’s Stoics, and me writing as Eva Rome, the reader is empowered to experience the world with confidence and calm. Kirkus Reviews calls Travel for STOICs “engaging…oddly inviting…thought-provoking.” For more info: www.travelforstoics.com. 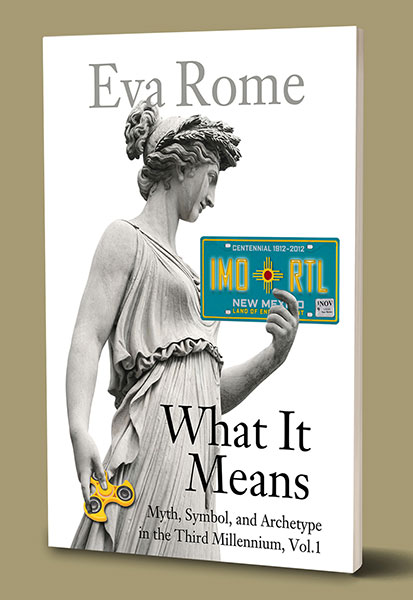 I’ve just completed my third book and anticipate publishing it in November of this year. It’s called What It Means: Myth, Symbol, and Archetype in the Third Millennium, Vol. 1 and is a collection of essays that examines how myth, symbol, and archetype express their timeless qualities in compelling and uniquely contemporary ways. WHIM was written for readers interested in history, communication, language, human behavior, philosophy, anthropology, and cultural studies and is also intended to be a text for future readers curious about life back in the 2000s CE. WHIM emerged from three sources: a dream a friend of fifty-plus years had in 2015, in which her kitchen appliances were covered with a pattern of photo-real peanut butter and jelly sandwiches set in shiny Formica; a story I wrote about a fictional trip to La Brea Tar Pits in Los Angeles as a twelve-year-old; and the mid-twentieth century French literary theorists engaged in the study of semiology (the uses and interpretations of signs and symbols) and hermeneutics (the study of written, verbal, and nonverbal communication).

In an email response to my friend’s dream, I included an invented analysis of the symbolism of peanut butter and jelly allegedly excerpted from The Book of Symbols: Reflections on Archetypal Images (Taschen Press, 2010). When I confessed to the ruse, she suggested I write a book of parody essays in the pseudo-academic style of “Peanut Butter and Jelly,” and WHIM was the result. But not all of the essays are pure parody; some include whimsical content, and some are a blend of fact and fiction. Some emulate the magical thinking that appears occasionally in anthropological scholarship. I hope readers will be able to discern the differences and will find bits of humor here and there.

At age 66, I’m at the cusp of early old-age. I envision practicing Acutonics as long as I possibly can, and another one of my dreams is to operate a retreat center where people world-wide can experience the profound, positive benefits to body, mind, and spirit that Acutonics engenders. Does anyone else want to join me in this endeavor?

Please visit my website Sound Therapy Santa Fe and read my latest blog entry “The Body Hears Sound Through More Than Just the Ears” https://soundtherapysantafe.com/blog/the-body-hears-sound-through-more-than-just-the-ears.You will encounter the fascinating world of Pacinian corpuscles and how sound therapy relates to touch therapy. Thank you!