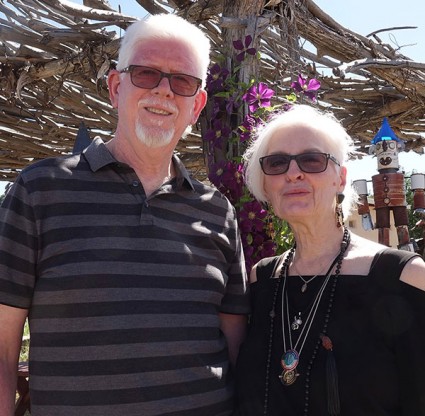 Winter is the season of stillness, the Water element, reverting to the root, to our essence, to gather energy. It is a time for rest and consolidation in preparation for Spring growth. In the Pagan tradition, it is the time when the goddess becomes The Great Mother and births The Sun King.

Ideally, this is a time for self-nurturance and rest. For many people, there is no real change to the pace of life at season’s change. Rather than gathering reserves, most people are running at their usual speed. We are not taught emphasis on rest and consolidation of our energy reserves. We are not focused on the energy of potentiality that resides deep within the Life Gate (between the kidneys).

The year’s end is expressing a culmination of duality and the fear that accompanies it. We feel that the energy of Sedna can act as an antidote to these feelings. Both yin and yang, Sedna is the expression of the confluence of opposing energies. In her capacity as a superconductor, she can assist us in accelerated movement toward experiences of unity and alignment with the Tao.

In our practices, we can offer energetic support for the Kidneys, the storehouse of essence and creative power. As winter begins its shift to spring, we can support the balance of yin and yang and help to promote consolidation of core energy and to ground it at the root.

Utilizing points and intervals that support the Kidney energy and incorporating the Governing (Du) and Conception (Ren) vessels, we can provide harmonic foundation for renewal and becoming.

Here Are A Few Ideas:

The Mars/Venus 5th interval to bring balance to the yin and yang aspects of the Kidney. Low Sedna/Low Venus to balance Kidney yin and yang at the deep level of the Yin Fire.

Solar 7th interval to support the yang energy of the Kidney and all of the energy systems of the body.

Saturn/Venus 5th interval to consolidate the yin energy of the Kidney.

The Ren Mai and Du Mai

The most yin and yang channels can be employed to balance duality. On the Ren Mai (The most yin of the vessels): Full Moon/Venus microtone to strongly nourish yin followed by Saturn/Venus 5th to consolidate the Kidney yin. Or you might use Sedna/Venus, Sedna/Full Moon, Sedna/Saturn to activate and consolidate Kidney yin.

On the Du Mai extraordinary vessel (The most yang of the vessels): Solar 7th interval to strengthen yang energy followed by Mars/Venus 5th interval to bring Mars’ yang, activating energy and direct it to the Kidneys.

We wish you all a consolidating and rejuvenating Winter Solstice and a healthy and abundant New Year.