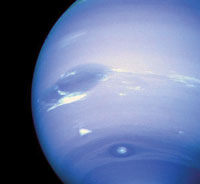 On February 19th we entered into the sign of Pisces the last sign of the zodiac, which is ruled by the planet Neptune. The element associated with this planet is water and the sign is mutable. Neptune is often described as twin to Uranus as both planets are gas giants that are smaller than Jupiter and Saturn. Neptune is the eighth planet from the Sun, the fourth largest and similar in temperature to Uranus. Named for the Roman god of the sea, Neptune has more water in its composition than most other planets and its blue color is reminiscent of the oceans of Earth. The approximate musical note for the Neptune tuning fork is G sharp which when combined with Ohm creates the Ohm/Neptune 5th, this ecstatic 5th is an opening that is likened to the visionary moving from transpersonal to transcendental. 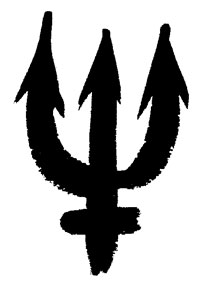 There are many rich archetypes associated with the Roman Neptune and Greek Poseidon. This is the god of the sea who is the brother to Hera, Hestia, Zeus and Hades, swallowed by his father and freed by a powerful emetic. Poseidon supported Zeus in the overthrow of the Titans and the three brothers divided up the Universe. Hades took the lower dimensions, Zeus the heavens and Poseidon/Neptune a complex and turbulent god became god of the seas, lakes, springs and earthquakes, His symbol is the trident and his sacred animal is the horse. His temperament can be likened to a stormy sea, violent, moody and capable of great destruction but he is also a god of fertility associated with water as the seed of all creation.

Archetypal qualities include dissolution, imagination, creativity, illusions, mysticism, the transcendent and all aspects of water, experiences of drifting, downing, being lost amidst changing currents. In the Greco Roman mythology there are many links between Dionysus and Poseidon that are reflected in our archetypal understanding of Neptune. These include the divine child, the hero’s journey, death and rebirth and all types of excessive behavior such as alcoholism, addiction to drugs or becoming so deeply lost in a mystical or spiritual path that all sense of self is lost. The discovery of Neptune and its naming have come to be more closely aligned with the qualities of the ocean or water which represents the unconscious, serving as a mirror that allows us to see deeply into our soul. Carl Jung believed that through acknowledgment of spirit and transcendent experiences that a higher level of consciousness could be reached.

Specific Disharmonies: Illness of emotional and nervous derivation or of a mysterious or unknown origin, problems that affect the thalamus, spinal cord, nervous system, addictions and foot problems.

A few suggestions for working with the Ohm/Neptune 5th: 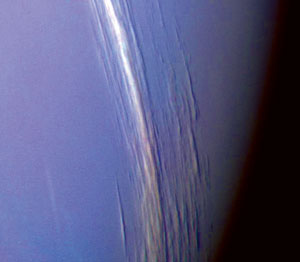 Issues with the Spine: For imbalances in cerebral spinal fluid (CSF) apply Ohm/Neptune 5th to DU 2, Low Back Shu and DU 16 Wind Mansion, place Neptune on DU 16 and the Ohm on DU 2 to establish rhythm and fluidity of the CSF. For scoliosis or spinal rigidity, the Ohm/Neptune 5th can be used on the Huato Jiaji points to relax the spine, follow with Ohm/Saturn 2nd to direct Neptune’s relaxing and soothing energy to the structure of the spine. When there has been a spinal injury, the same progression used above can be administered to the Huato Jiaji points with the addition of the Solar 7th to rejuvenate nerve function. For injury to the spine the Du Mai Extraordinary Vessel is an excellent choice as it relates to the spine. Select a second extraordinary vessel appropriate for the person being treated. On the DU Mai use a progression of the Ohm/Saturn 2nd, Ohm/Neptune 5th and Ohm/Chiron 2nd. SI 3, Back Ravine is the opening point, and UB 62, Extending Vessel, is the balance point. The Ohm fork is always placed on the balance point.

Foot Disharmonies: Apply the Ohm/Neptune 5th to KID 1, Gushing Spring or any specific areas of pain and numbness on the feet. The Ohm/Neptune 5th can be combined with the Earth Day 5th to add its generative properties for repairing nerve damage.

Mysterious Illnesses and Pains: Neptune archetypally is identified with illusion and a sense of vagueness and mystery. For this reason, it can be used to treat idiopathic illnesses that are difficult to trace and don’t appear in medical tests. A progression of the Ohm/Neptune 5th and Ohm/Pluto Microtone can be used for their ability to uproot deep mysteries. Apply to the source point of the meridian involved or over the involved organ. If this information is not known, the intervals can be used in the subtle energy field.

Autoimmune Disorders: Neptune’s ability to dissolve boundaries allows the reintegration of the part that was formerly seen as separate. To lessen the strength of an autoimmune process by weakening the immune responses use Ohm/Neptune 5th on the Du Mai Neptune on SI 3, Back Ravine and Ohm on UB 62, Extending Vessel. Combine this with another extraordinary vessel that is appropriate to the person’s condition. Also consider using the high-frequency Ohm/Neptune 5th in the subtle field followed by the high-frequency Ohm/Saturn 2nd to utilize Saturn’s restrictive action to assist the Neptune energy in slowing the immune response. Other combinations can be added in the field such as, the high-frequency Ohm Octave to bring harmony to the immune system and the entire body.

Psycho-Spiritual Issues: Neptune has the ability to enhance the potential for creativity and inspiration. It can also help connect with psychic ability and intuition, our more spiritual nature and our highest dreams and aspirations. Apply the Ohm/Neptune 5th on the fifth chakra to enhance creativity. Combine with the Ren Mai Extraordinary Vessel for its influence on creativity. Use a progression of Ohm/Venus 6th followed by Ohm/Neptune 5th on LU 7, Broken Sequence, the opening point, and KID 6, Shining Sea, the balance point. Remember Ohm is always placed n the balance point. To connect with our more spiritual nature and highest aspirations, use the Ohm/Neptune 5th on the crown chakra. Accompany this with the Ohm/Jupiter 4th on the Four Gates of Heaven, LI 4, Union Valley and LIV 3, Great Surge to expand consciousness.

To learn more about working with the Acutonics planetary tuning forks refer to Acutonics from Galaxies to Cells: Planetary Science, Harmony and Medicine, and if you haven’t taken Acutonics Level III: Harmonic Attunement we encourage you to find a teacher in your area.