Integrating the Acutonics Healing System into Practice: A Natural Rhythm 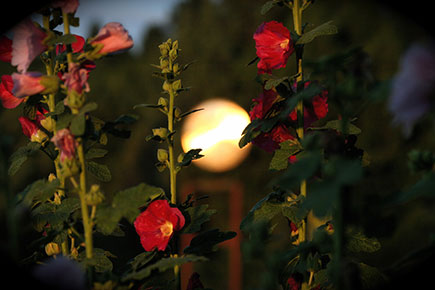 Integrating the Acutonics system into my Oriental Medical practice has been such an organic process that I wanted to share my experiences with other practitioners who may be questioning how they can incorporate harmonic sound medicine into their practice. This system is easily integrated into any and all complementary or traditional healthcare practices, eastern or western medicine, acupuncture, massage therapy, psychotherapy, naturopathy, nursing, chiropractors, music therapy, occupational therapy, physical  therapy, veterinary, or medical physicians, just to name a few.

I first realized that there may be a concern regarding transitioning one’s professional practice when a colleague, who had also taken the Acutonics training, was having difficulty integrating this work into her long standing acupuncture practice. Her fear was that patients identified their healing with acupuncture and would not be open to other forms of healing. Also, there was a feeling that healing with sound was moving into a realm that may not be accepted by some patients who were comfortable with acupuncture as a mainstream complimentary medicine.

In addition to the concern about patient acceptance, I recognized that there was another issue that needed to be addressed. And that was how we as practitioners, can get attached to the practice that we have grown to know and how uncomfortable it can be to break from our old patterns even when we know the tools that have been placed in our charge can be powerfully beneficial. All of this led me to do some soul searching on how I integrated sound healing into my own practice.

I was first introduced to sound as a therapeutic modality when I was working with an occupational therapist on Sensory Integration with my 5-year-old daughter. There were specific sounds that would invoke chemical changes in the brain that would then alter inharmonic behaviors. After months of listening to specific sounds and frequencies, I noticed a significant shift in her behavior. She was more at ease with herself and her surroundings. She was more present and in her body.

Though I have always had soothing music in my treatment rooms, I began to think how wonderful it would be to have sounds that would invoke specific healings in my practice. I began to explore this. I was talking to a colleague who had just found the Acutonics Healing System- a system that merged sound and Oriental medicine. It was a perfect match! I immediately contacted Acutonics, home to the Acutonics Healing System. Donna Carey, co-developer and author of the book No Place Like Ohm answered the phone. I explained who I was and my interest in learning about Acutonics. She sent me the book and the Professional Earth Moon set. I immediately began practicing the techniqueson family and friends. The results were equally as beneficial as acupuncture and in some cases better.

Then I took Acutonics I: Sound Gates to Meridian Harmonics. When I returned from the workshop, I was very excited and felt that I now had the tools to effectively communicate this practice to my patients. I began to introduce this work into my Oriental medical practice. First, I would talk to patients about sound healing. If there were an interest, I would give a brief treatment with the Acutonics tuning forks. I would work with the Ohm Unison forks to ground a person on KID-1. Then, depending on the person and their specific condition, I would treat two of the Eight Extraordinary Meridians using New Moon 5th and Ohm Unison, Full Moon 6th, or whatever was appropriate. I would always ground again with Ohm Unison on KID 1. I kept the treatment short and simple, but the results never ceased to amaze me.

Patients were immediately receptive and open to this work. There was a sense of, “I don’t know what this is doing but I feel much better and more like myself.” As a matter of fact, when I didn’t use the forks on them, I heard about it! After seeing and experiencing the clinical results of the Acutonics I workshop, I was propelled into the Acutonics II: Higher Harmonics and the Inner Nature of Tone workshop.

In Acutonics II: Higher Harmonics and the Inner Nature of Tone workshop, I was taken deeper into the history of sound healing using the more advanced forks, techniques and instruments. Again, once I returned to my practice, I incorporated this work into the treatments. Patients were very excited about the use of high frequency forks used over the body. Their treatments went much deeper. Pain and scars were being successfully treated by the Lower Zodiac forks. Deep emotional wounds were being gently released with the high frequency forks. The Tibetan bowls brought deep transitional shifts. Menopausal issues were being dispelled. People were experiencing a sense of grounding, a greater sense of self, and their connection to something greater. The energetics of my practice shifted and so did I.

One of my own personal/professional energetic shifts was what I call ‘my initiation into this work of harmonic medicine.’ This happened when I hung up the Acutonics tuning forks in my treatment room. The beauty of the multicolored sounds dangling from their individual places, hung silently waiting to invoke healing with their unique sounds. Needless to say, everyone who came into the room noticed this colorful piece of art hanging on the wall. Some were already familiar with the effects of this sound medicine and were pleased to see the sounds in the room. Others were intrigued by this colorful array of sounds and asked what they were. Everyone commented on our new addition in the room. This engaged us in a conversation about Acutonics. For those who had not experienced the work, we discussed how it could be worked into their treatments. I then ask if they wanted to experience sound medicine. And that was their initiation.

Patients then began to ask for Acutonics treatments. Some wanted full sound healing treatment; others enjoyed the combination of Acutonics with the other therapies that were offered to them—acupuncture and/or craniosacral therapy. My Oriental medical practice of over 12 years shifted to a Harmonic and Energetic Medical Practice—broader, more expansive, more in line with the traditional roots of ancient Oriental medicine.

My journey with this work has just begun as a practitioner, as a Certified Teacher of Acutonics, as a student, as a mother, as myself. With forks in hand, gongs standing ready, Tibetan bowls beaconing their song, I have embarked into a realm that heeds attention by practitioners and patients. Edgar Casey recognized that sound is the medicine of the future. The future is now.

So my advice to all who begin this harmonic journey, whatever your healing profession, after you take an Acutonics seminar, display your Acutonics tuning forks. Showing the colors of sound will demonstrate the vibrancy of your own true colors as well. Dangle those beautiful sounds for all to see and hear. You know the benefits of these tools. Share this harmonic medicine with those who come to you for healing and guidance. The Music of the Spheres will guide you, teach you, and send you to a place of healing, a place to be healed, a place of one—Ohm.

"I have been an Acutonics Practitioner for 12 years and teacher of this system for ten. Every session, every class is testimony to the profound nature of this work. Over the years, in addition to sound healing sessions, I have incorporated Acutonics into my massage and reflexology practice. I have had the honor to participate in and bear witness to the deep shifts that clients and students experience with these planetary tunings forks, as well as other sound tools. Healing moves on all levels, and the prime "