Indigenous Prophecy and The Quantum

The multitude of dramatic changes occurring on our planet and in the Cosmos, are a potent reminder that natural cycles occur over time and have been written about by many Indigenous cultures throughout the Millennia. In Hopi prophecies we learn of Earth’s creation and the coming of the 5th World.

In a Hopi creation story Earth’s formation was facilitated by twin brothers Poqanghoya and Palongawhoya. The first brother was responsible for making the Earth fully solid, while the second was responsible for sending sound to resonate through the vibratory centers that run along the planet’s axis. After the Earth was formed each brother took a position of North and South responsible for holding the Poles in place to sustain Mother Earth in balance. 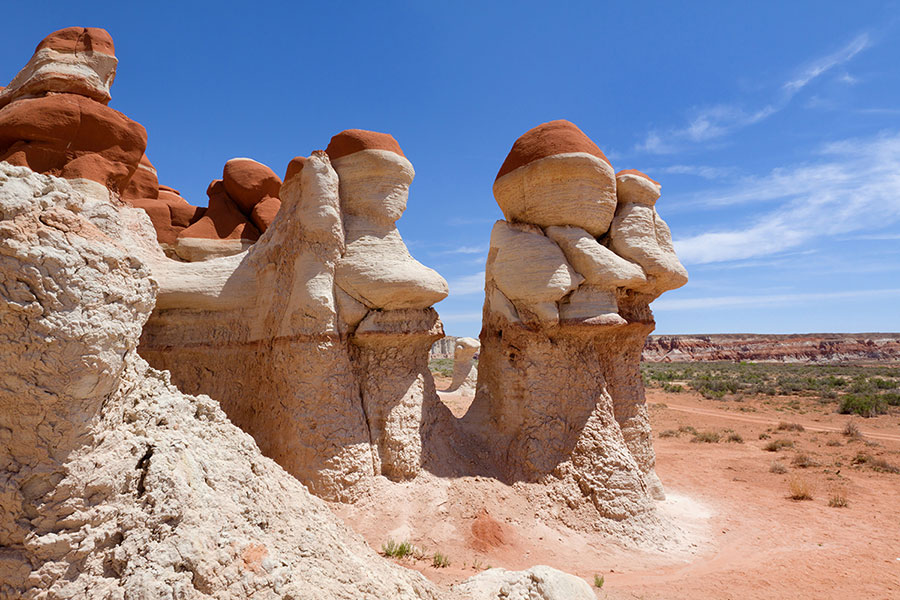 In Fourth World, which we now live, Hopi were given instructions and the ability to work on Earth with elements of Air and Water by the Star People Kachinas. An example of this is demonstrated prior to the commencement of The Sacred Sun Dance in earlier times, which could only be held when the Hopi Medicine Man awakened these two elements and created rain. Having command over these elements was a Hopi responsibility. Due to Sacred Law, only then, after the rain, could the Sun Dance take place. This Sacred protocol one of the responsibilities of the Hopi, was critical to maintain the natural elements of nature in balance with the Universe and within the Fourth World called Tuwaqachi.

In Hopi belief, all life is interconnected, and the fate of our Fourth World is intimately related to human actions and particularly our emotional health. Every community was given a “life-map” by the Creator. If we follow and maintain its guidance through prayers and sacred ceremonies, then life on Earth would be held in balance. If we abandon ancestral traditions and turn to materialistic, egocentric lifestyles, eventually over time, this will affect the weather and natural world.

The end of the Fourth World prophesy is told through the story of the Blue and Red Star Kachinas return:

It is written that two brothers, the Blue Star Kachina (Saquasohuh) will open the door to the Fifth Age and the Red Star Kachina or Great Purifier will follow shortly afterward. The Blue Star Kachina reveals itself with the ninth and final sign before the Day of Purification. The Blue Star Kachina is represented in many cultures through the return of God, Prime Creator, Redeemer, or Elevated Consciousness. The prophecy warns all people to live as one with each other and the Earth. If we live disconnected from our Creator, in materialism, ego, and separation it will lead to the destruction of the Earth.

And how close are we to the end of the Fourth World and the Birth of our Golden New Earth? Luke 21:25, “There will be signs in the Sun and Moon and Stars, and on the Earth distress of nations, with perplexity: the sea and the waves roaring.”

As we embrace the Age of Aquarius with an approximate 3,000-year cycle within each Age, are we creating room for the potential of our New Earth to Birth or are we holding onto what we have difficulty facing or letting go of?

Regardless of the timeline, it is critical to remember that our inner world reflects our outer landscape and true transformation occurs when we have cleaned out our inner closet, letting go of what we know and making room for something new.  With the United States experiencing a Pluto return this year, what are the possibilities of rewriting a new script that allows for the changes (Uranus), and transformations (Pluto), that our current consciousness of the Age of Aquarius requires personally and collectively?

As we work within the quantum field of unity consciousness through Sedna, are we holding the energetic of a glorious, beautiful, pristine, healthy, harmonic, peaceful planet and imagining, meditating, dreaming, and feeling this possibility of what is to come and what is possible to create through the unification of our hearts and love?

Another interesting alignment to assist with these transformational times occurred in January with the change of the Lunar Nodes from Gemini/Sagittarius (air & fire), to Taurus/Scorpio (earth & water). This shift of the nodes provides a window of opportunity for 18 months to not only soften the intensity of transformative Pluto, with the earthy creatrix of Venus and all she represents, but as a reminder that love transcends fear.

Pluto and Venus energy assist throughout the year, with an extra boost in April, May, October and November with partial Solar Eclipses and Total Lunar Eclipses, occurring in either Scorpio, Taurus, or both.

Create a timeline to transition from our Fourth and Fifth Worlds of Earth with Ohm forks and Hygiea.
Ohm/Hygiea 3rd: Release and clean up Earth of the Fourth World
Hygiea/Ohm inverted Major 6th: Build a pristine, healthy, and harmonic Earth of our present Fourth World or Fifth World, follow with Hygiea Octave

In these challenging times, we are blessed to have Acutonics tools to assist with these intense Planetary changes and cycles. It is a critical time to focus our energy on powerful shifts of consciousness for we need a Soul shift not a Pole Shift.