Frequency, Resonance and the Tao 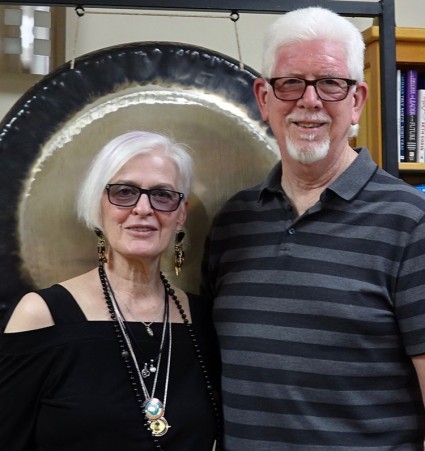 Modern Traditional Chinese Medicine (TCM) views the meridians as a “closed” energetic system. This perspective holds that the Qi moves in organized flows throughout the body and that these channels or meridians communicate with the various organs and tissues of the body and that the meridians communicate with each other. From this point of view the energies influencing health and well-being are circulating and interacting within the limits of physical structure.

Acutonics has always followed a more Taoist point of view that our physical bodies are not separated from the Tao, from connection with all that is. The Taoist understanding is that the universe is a fully interconnected and interactive system in which all parts are reflected in the whole. This is more in line with a more modern quantum perspective of the holographic nature of the universe.

Both the ancient and the modern concepts reflect the understanding that the composition of reality is energetically or vibrationally based. At the denser vibrational frequencies that make up the material world we perceive ourselves to be separate from the cosmos, the stuff of the world and each other. Only part of the frequency of material objects, including human beings exists at this denser, particle reality. Every cell in our bodies contains microtubules that translate higher vibrational frequencies into denser 3 D reality. Not only are those microtubules present in our bodies, they are present in everything.  Some researchers say that the function of the microtubules is to download cosmic consciousness. The fact that these structures are universally present. and everything is interacting with the greater Source consciousness is an indication of entanglement with the unified field.

There is a shared ancestry from the common origin of creation that is reflected at multiple levels of frequency and form. The background vibration creates different manifestations based on the frequency of its expression. For example, the same background vibration that manifests as the planet Saturn, at another level of expression becomes the bones that are the structure of our bodies and at another level is the energy that gives structure to our lives. All of these material and non-material manifestations have correspondence with one another because of their shared entanglement with a common source in the unified field. They are all expressions at different frequencies of their common origin. There is a shared resonance among these different densities of vibration.

The ancient alchemists, when practicing the Law of Correspondences, were displaying a great understanding of frequency and its relationship to form. Initially they made connections between the appearance of herbs and their medicinal applications for the body. This became identified as the Doctrine of Signatures. The Law of Correspondences also identified resonances between planets, animals, plants and stones. They were focusing on the different manifestations of a specific frequency and the octaves and overtones related to it.

In Acutonics sessions, when we choose a fork, strike it and apply it to the body we draw on all of the potential that frequency holds in field and connect it to the correspondent organs and related energetic systems. When you add this to the alchemy of the points and the higher vibrations of the subtle fields, it becomes a powerful tool for healing and transformation.

If, for example, we apply the Ohm/Jupiter 4th interval to Cycle Gate, (LIV 14), we not only have an effect on the function of the Liver, but influence expansion and broader vision for our life path.

We are all part of an infinite field that is in constant vibrational interaction. When working with clients we can draw on the vast potential of the Tao to move beyond limitations of a perceived closed reality.