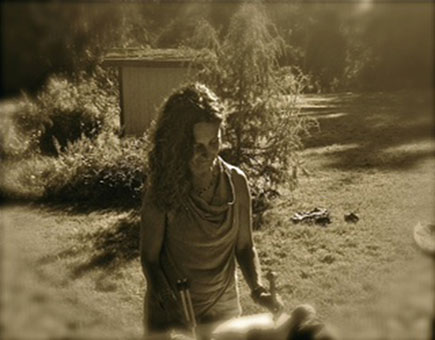 Continuing in the footsteps of her grandfather, a homeopath who lived and studied with Carl Jung, Carmen has been passionately involved in Healing Arts and Education for over 30 years.

Beginning with Tai Chi at the age of twelve, she became a life long student of Asian Healing Arts. Setting up practice as a licensed Massage Practitioner in 1981, Carmen was soon trained in the use of the Bach Flower Remedies and Polarity Therapy while living at the Alive Polarity Institute.

Carmen began her Acutonics training in 2001 with Donna Carey and Marjorie de Muynck, founders of the Acutonics Healing System, and has remained closely connected to the Acutonics Institute of Integrative Medicine over the past thirteen years.  She makes annual sojourns to the "Mothership" to keep in direct alignment with the growth and development of the Acutonics® Program and curriculum as well as to continue her private mentorship with Donna Carey.

In 2005 she completed her Acutonics Teacher's training and went on to become a graduate of the Asian Healing Arts & Whole Foods Nutrition Program of the Heartwood Institute in Northern California where she studied with teacher/researcher, Paul Pitchford.

With a history of accomplishments as a Montessori teacher coupled with her celebrated creative arts educational programs for children, Carmen brings her passion for teaching into her present day Healing Arts Classes along with her practice in creating ritual and ceremony inspired by her involvement in shamanistic studies.

A mother of four beautiful children, she now lives and practices on Lopez Island Washington.

Carmen is a Senior Faculty member of the Acutonics Institute of Integrative Medicine, LLC, offering the full Acutonics curriculum and electives. She is also a Thesis mentor and Clinical Supervisor and teaches Heart-Mind Shiatsu Levels I & II.