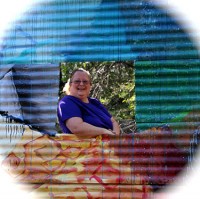 Janet is an Illinois- and Wisconsin-State Licensed Acupuncturist and an NCCAOM-certified Diplomate of Acupuncture who graduated from the Midwest College of East Asian Medicine in Racine, Wisconsin in 2000 with a Masters of East Asian Medicine. Janet received additional training and certification from Guangzhou University of Traditional Chinese Medicine in Guangzhou, China. Her passion for animals led her to become certified in Animal Acupuncture through the Maryland Institute of Integrative Health (TAI Sophia) in Baltimore, Maryland, in 2006. In addition to acupuncture, Janet has explored many areas of energetic healing to complement her practice, including Tai Chi, aromatherapy, Reiki, and whole food nutrition. Janet is pleased to be able to bring the Acutonics Sound Healing System to the Midwest, offering all of the core Acutonics classes required for certification in Island Lake, Illinois, and other locations around Chicagoland.