What's in a Retrograde? And what value might 6 concurrent retrogrades bring to our energetic season? Introduction by Ellen Franklin 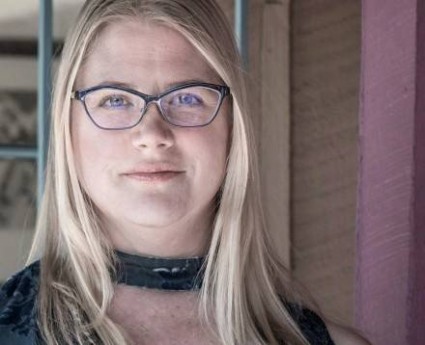 "We are grateful once again that Caroline Blaker, who leads our web-focused tech strategy team has shared her astrological musings. As I read this contribution, I started thinking about why I actually like retrogrades. How might we take advantage of these rich opportunities that despite their challenges, undercurrents, and complications gift us with insights and opportunities for growth and change. Aren’t retrogrades really about moving backward so that we are able to move forward. This reminded me of one of Donna’s lectures, in the Hygeia class, where she talks about that space in-between ages, and the inherent tensions in these chaotic transitions that can take decades. As we move from the age of Pisces to the age of Aquarius there is a huge pushback. We have witnessed the loss of women’s’ autonomy over their bodies, the threat to democracy, the rise of cult and cult figures, and spreading of misinformation, all part of the Piscean legacy. Daily we experience the struggles and challenges to codify inherent human rights, things as basic as clean water, and the fight to bring more Aquarian humanistic, community values forward that genuinely represent the new age.

"Retrogrades provide an opportunity for inward deep reflection (a Metal Element theme) to then be able to spring forward with new insights, vitality, and malleability. For some reason the idea of stretching a large rubber band backwards comes to mind, the tension created and the distance it flies when let go. Hygeia is a great anecdote to balance all of this retrograde activity as she helps each of the planets to function at their highest potential. Consider this an opportunity to deeply explore the great intervallic combinations between Hygeia and the retrograde planets. These unique intervallic relationships provide access to the higher aspects of the planet to explore the unseen potential that retrogrades offer to us."  – Ellen F. Franklin

In early April, looking ahead for the month, I detailed some astrology to my team. At that time there were absolutely no retrogrades happening whatsoever; but I shared that this would change at the end of the month, and it might feel like everything is in retrograde forever. That conversation took place five months ago, and today everything is in retrograde. Well - ok, not everything. Mars and Venus aren’t in retrograde - but they are square - putting pressure on each other (when they had been conjunct, in March, they got along so well!) And Mars will Retrograde in Gemini, its current placement, into 2023 starting October 30, 2022 (growing up, we called this Mischief Night.) I don’t know about you, but I’m looking forward to the Christmas Eve Uranus-Saturn Square, like the Finale of Downtown Abbey. It’s the last in a series that has fed strident, stubborn energy into world events - for the last year and a half. Why would this event, that only happens every twenty-two years affect an entire year and a half? And be in the immediate past and the immediate future? Oh, right. Retrogrades.

Retrogrades are planets seemingly changing direction in space. It happens when a planet’s orbit approaches earth. Most of the time we can look out from earth and track a planet in a straight line as it goes along its orbit. When it swings by earth, it’s still going the same direction, but relative to the original vantage point, (without your turning your eyes to watch) it goes backwards until it appears to be following the orbit in the same direction again.

Fun fact: the moon doesn’t have a retrograde because it goes around the earth.

On a wheel chart, this looks like the planet backtracking. In western astrology interpretation, ironically, they are associated with a lack of the retrograde planet’s predominant energy. Mercury of course, is the one even Astro haters seem to pay attention to. It’s known for creating haywire in systems that have been smoothly humming along either by undue outside influence or a weak link finally giving in. Communication can be improperly expressed or received. When understood as the absence of the influence of the planet Mercury, suddenly a picture is available of what Mercury contributes when it’s around. Stuff we like, generally: order, money, communications, even exchanges. When we prepare for this energy taking a vacation, we can focus on what the absence is good for: attention on sidelined custodial tasks, planning that doesn’t involve money or commitment, and if you run a creative agency: bug fixes, benchmarking, or software updates if you’re really testing your resolve.

Of course, your personal Mercury Retrograde will take on additional color based on where it’s happening (Libra → Virgo) and the houses and placements you have there. Not to mention - you’ve got a very particular palate of absent or resting energy, consisting of just about every planet we count:

Pluto April 22 - October 8, 2022, in Capricorn. Notably ruggedly transiting the United States Natal Pluto three times (once before, once during, once after this transit) Pluto, the destroyer, the clean-up crew of the zodiac, the planet with a 254 year orbit, is known to be an emotionless unrelenting bulldozer - during the retrograde, it’s like it’s in reverse and getting ready to re-doze its latest pass because whatever was stuck there (right, the United States) needed a second pass.

Neptune June 28 - December 3, 2022, in Pisces. Given that Neptune is at home in Pisces as its (modern) ruler (which replaced Jupiter, its historic ruler) the foggy, watery, infinitely dreamy and vast blue gas giant is still very much these things, but perhaps in a more withdrawn state. It may be more difficult to hide from what we hide from and create illusions around. Inspiration to be creative may not be forthcoming or found in novel or strange places. Likely not a huge energetic contributor without aspecting other planets.

Uranus August 24, 2022 - January 22 2023, in Taurus. (Pronounced yur-AHH-nus for the squeamish) Uranus energy is always challenging us to choose ourselves and in Taurus, it’s focused on material wealth and safety. In retrograde, the sudden, unannounced, chaotic nature of Uranus’ influence is enhanced so we’re at the mercy of whatever is going on, making plans, and setting intentions for when we get a foothold back in this mess. Meanwhile, out there, populist movements originating in individual interest come to fruition (congrats to all the student loan borrowers who got relief!)

Saturn June 4 - October 22, 2022, in Aquarius. This malefic baddie of the grandpas who has way too much power and seems to really enjoy it, has a health scare. They need surgery. They are going to need rehab. For a little while, they are going away. Saturn in Retrograde is a vacation from the limits and consequences usually present in day-to-day life. It’s a chance to try anything you might associate with definite consequences and avoid them. It’s a chance to learn what you need to learn without the rules - and if you learn it, you get a gift. Saturn in retrograde rocks.

Jupiter July 28 - November 23, 2022, in Aries/Pisces - thank goodness for some things - and this season it’s Jupiter’s return to Pisces (link to bargain bin.) Jupiter typically spends a year in each sign with a Retrograde but for some reason, much of the Pisces transit was spent in Aries this year. This gives us the chance to live out the things we want (Aries,) and then recalibrate a new list (retrograde) of things to manifest during Jupiter in Pisces round 2. During Jupiter’s retrograde, always do the inner work of aligning heart-centered energy with your vision of your own future.

Mars October 30 2022 - January 12, 2023, in Gemini We will lose some other retrogrades before this goes retrograde - but Mars being about personal drive, Yang energy, war-like action going into Gemini - communication, duality - expect less verbal, on-the-table communication and more under-the-table manipulation and handling of unwanted situations. If you can see these kinds of behaviors in yourself and others for their causes, you will have access to that truth, which without retrograde, might be hidden by pretty words or distractions. The patience to handle an overabundance of manipulation (waiting it out, pretty much) will emerge with advantages when pretty words become all the rage again.

Venus - NOT retrograde until July 2023 in Leo - Venus in Virgo is not retrograde in the near future but will be aspecting Mars, Jupiter, Saturn, and Neptune in their retrograde placements. Venus, often associated with how we feel about ourselves, is going to magnify these other retrogrades by aspecting them into our inner life.

Mercury - September 9 - October 2, 2022, Libra / Virgo, December 18 - January 28, 2023 Capricorn - from above - the superficial breaking down of communication, information, or tech that can have far-reaching effects but are generally small events.

The next 3 months are loaded with vacations of planetary energy - all the while squares, and conjunctions continue to push and pull at whatever is there. I am asking myself: What illusions do I hold about my life where a lack of action will result in inevitable disappointment? Who, in my life if anyone, has changed their behavior with the relationships they carry day-to-day? Can I say this more clearly, and do I have to say it now? Is what I’m feeling backed up by known facts or is it a collection of impressions? How much of what I know about this is second-hand knowledge? What action do I need to take in order to be stronger and more resilient if day-to-day safety structures in my life vacate or come crashing down?

I have always found the end of summer to be the most powerful manifesting time. Virgo time, being opposite Pisces, has the same goals as Pisces but goes through earthly structural means (build a bridge) vs waterways (use a boat. or swim) This means that someone like me who embodies a lot of Piscean energy can have their visions and get a procedural clue on what to do next. However - this time around, I’m also getting ready to speak pointedly and carefully (with slowed pronunciation at times,) to use fewer words, and to let go of the emotional weight of being misunderstood. Around progress with life quality, I will take better care to notice and implement routines (professional and personal) around exacted outcomes, enjoy a break from over-emotional choices, affirm that the manifestations from earlier this year were definitely what I wanted (or change them a bit thanks to the Jupiter in Aries market test,) and try not to cry when Saturn comes crashing back.

With retrograde salad coming and going over the course of the next three months, involving all but one other planet in our solar system, the greater opening in awareness is to one of the power of surrender - the radical acceptance of things the way they are - to conscientiously excuse tension from its job (like the planets) and thank it for a job well done (but not that much.) The more you accept about what’s going on, the more you can do about it with more clarity. Unhook your emotions too if you can for an added boost. This is assuming negative experiences - the appropriate calculated use of retrograde energy can bring about swift, miraculous change, leveling up in awareness, growth in handling of life issues, antagonists getting their due, the cleansing or dismantling of structures preventative of desired change, sudden inspiration with unbridled clarity, and the brilliant, intangible impression that with all the communication you have sent to the universe, it may finally be communicating back.

https://www.astrology.com is a great source to learn more about these retrogrades and transits and was used as reference material for this writing.

Caroline C. Blaker is the Principal of Aquarian Web Studio and is responsible for maintenance on acutonics.com