As 2020 comes to a close, may we take time during the Holydays to reflect upon the tremendous change our cosmos, humanity and each one of us individually is experiencing. It is the end of a Grand Cycle when one world must end and a Grand New Beginning with another reborn. No one ever said that living here on our beloved planet Earth and being present during these times was going to be easy.

Jump Time: Leap beyond Dec 21st, 2020, to awaken pure potentiality for the Age of Aquarius.

Astrologically speaking, the planetary changes from November to December are in resonance with unimaginable change. We are not only being prepared on a physical and emotional level, but exponentially and rapidly our consciousness is shifting to be in alignment with our Universe’s predestined Grand Alignment. This is set to occur on our cosmic stage, from now until year’s end, with the Grand Leap on Winter Solstice in our Northern Hemisphere and on Summer Solstice in our Southern Hemisphere.

Within these two months alone, not only do we experience the third Jupiter/Pluto conjunction of the year, we have four planets stationing direct (Mercury, Mars, Neptune and Chiron), with only the planet Uranus remaining retrograde until January 14th, 2021. We receive an additional planetary push of five planets (Venus, Sun, Mercury, Saturn, Jupiter), and two Asteroids (Pallas and Juno) changing signs, two eclipses with a Full Moon lunar eclipse on November 30th and a New Moon total solar eclipse on December 14th. Each one of these planetary occurrences are a study within themselves. However, my focus for this article is to shed some additional light onto years end, so that each of us has the opportunity to reflect and prepare for this time we have all been waiting for. Are we really entering The Age of Aquarius on this Winter Solstice 2020? Some astrologers believe this may be so. Our ancient elders also predicted this upcoming transformation during this important date, and Mayan and Aborigine elders have also been revealing information to us. 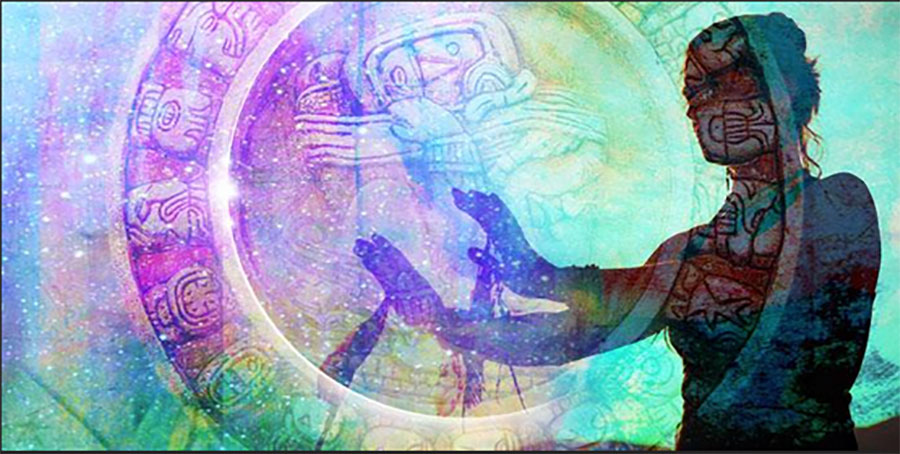 The Mayans had several calendars based on the cosmic movement of planets, stars, and constellations. One interesting theory is that modern archeologists were only able to find and decode 3 of the Mayan calendars, the Solar, the Terrestrial and the most known; Tzolkin or 13 Moon cycle calendar the latter from which most of the Mayan astronomy is based. However, Mayan elders have revealed that the Seven Sisters calendar account, known as the Pleiades constellation cycle, was very important for the Mayan astronomers. Certain Mayan elders known as the Mam of the Eagle Clan in Guatemala, were able to preserve some of the ancient Mayan Pleiades calendar account, as most of their calendars were burned and destroyed during the colonization of the Americas by the Spanish. They relocated to Guatemala in order to preserve certain sacred texts and to apply this sacred astronomic wisdom in present time. By doing so, they have been able to understand how time and space really work, as well as the planetary alignments that they believe will bring important changes on Earth’s spiritual evolution of consciousness. 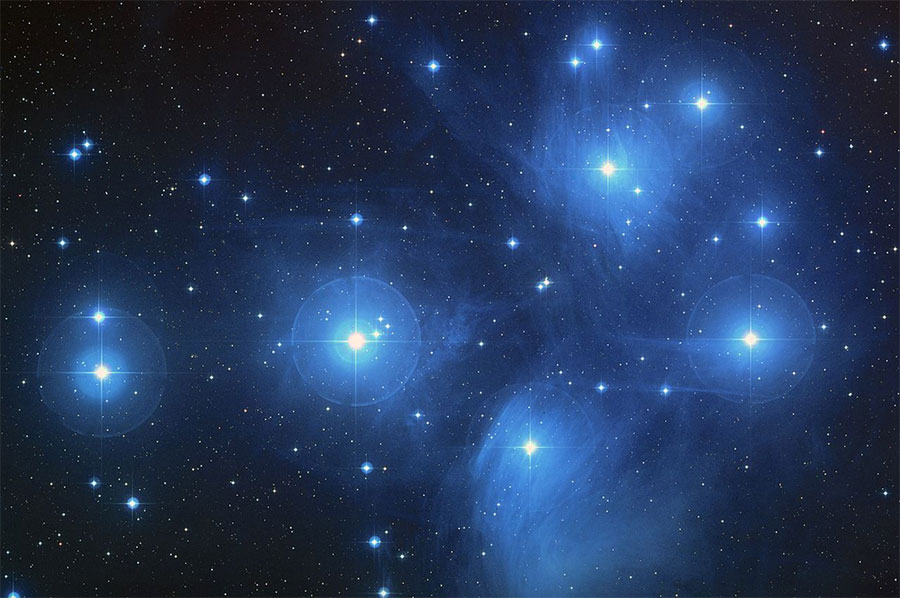 The Mam have revealed to some fortunate few, that the famous date we know as December 21st, 2012 was not the end of their most important calendar, but the beginning of an Earth calibration cycle of seven years. This signifies a period of spiritual purification for Mother Earth and its inhabitants which will feel tumultuous if humanity does not alight or align themselves with a higher level of consciousness and act accordingly to this understanding of our spiritual connection with Mother Earth and her natural circles of change. They have shared that the end of this seven-year Earth cycle of purification ends on the 21st of December 2021, exactly seven years after 2012. The Mayan take the number seven very seriously as they believe that Mother Nature uses this number to announce changes or evolution to occur on Earth. They see seven reflected in the Pleiades, the seven colors of the rainbow, the seven chakras, the seven music scale tonalities as well as the seven fire councils or clan systems they followed to reorganize themselves. 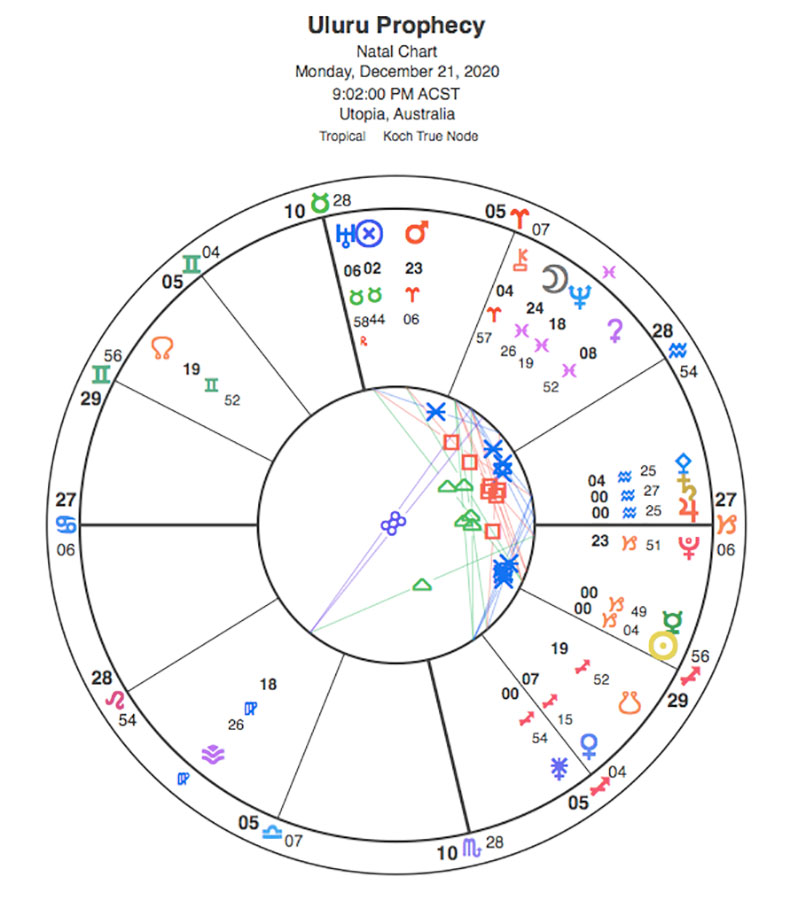 A similar prophecy of “The Change of Everything” from Original Aborigine Elders, suggests that at the exact time of 9:02 pm, Dec 21st, 2020 on the Solstice in Central Australia, if enough like-hearted souls meditate from anywhere on planet Earth, with a clear intention of sending loving energy from the central sun to the Earth’s heart center, then the resonance of Earth will increase approximately 25 fold. Only those focused with a clear and positive intention, free from fear on Ayers Rock (or Uluru as the original people have named this magnificent portal) will absorb the powerful reservoir of pure energy, then amplify and distribute throughout all the ley lines and Dreaming tracks of our beloved Mother Earth. 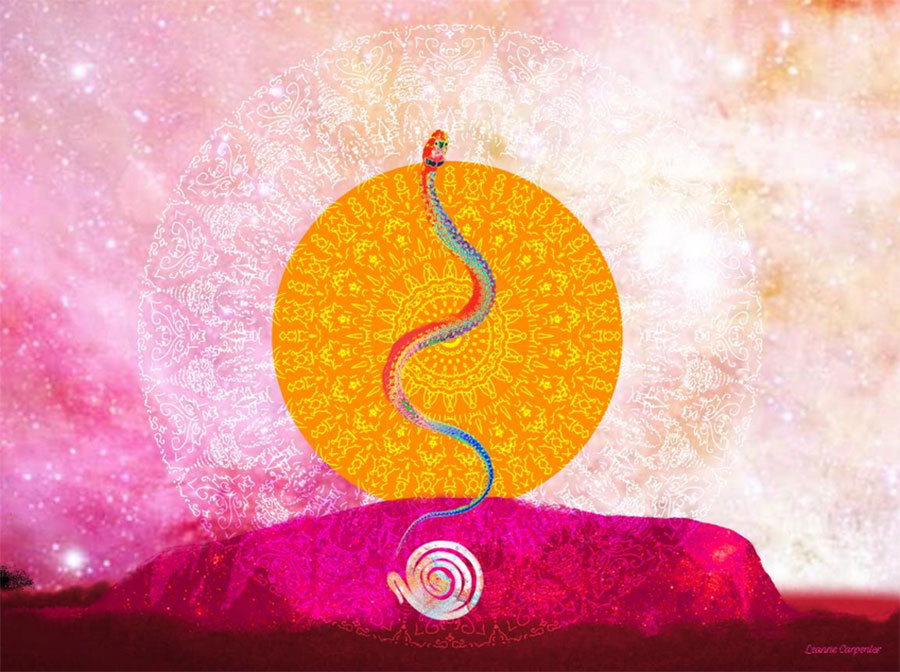 “The purpose of this Ceremony is for the Rainbow Serpent to become the Rainbow Bridge, to rise up to connect with the light of the sun and go straight into the heart of Mother Earth, cleansing, energizing and reinvigorating Mother Earth and ushering in a new era of consciousness for our Mother, and her children.”

No one knows for certain if something of this nature will occur this Dec 21st, 2020. However, if this transformational event of Mother Earth is truly a possibility, then those who feel called to align with this vision are able to participate from wherever they are. What I find particularly interesting with this planetary alignment is that our planet Uranus (ruled by Aquarius) is squaring this powerful conjunction of Saturn and Jupiter conjunct at 0º Aquarius!  Perhaps this is the grand Cosmic Push we have been born for.

Regardless of what may or may not happen, prepare for what we know for certain, we are living at a time of unprecedented change. Take time to continue your inner work, with the Acutonics healing tools, align the chakras with whatever frequencies you are called to, and work with Sedna, Pluto, Chiron and Nibiru, on the Eight Extraordinary Vessels. Yin Wei Mai is an excellent choice to heal and nourish our own hearts as we align with the heart of our beloved Mother Earth, and perhaps activate the Cosmic Capstone, DU 20, Celestial Fullness, P 8, Construction Palace and REN 17, Original Child, to increase and harmonize your vibration, build multidimensional awareness and expand consciousness as we connect to the pure realms of the Devachan. To align with this divine planetary installation for December 21, 2020, use Jupiter, Saturn and Uranus, along with Pallas Athena for her creative warrior goddess support. Trust in love as our ultimate outcome.

In conclusion, as we enter into uncertain times, filled with potential, I share a quote from Rudolf Steiner:

A Verse for Our Time
We must eradicate from the Soul
All fear and terror of what comes towards man out of the future.

We must acquire serenity
In all feelings and sensations about the future.

We must look forward with absolute equanimity
To everything that may come.

And we must think only that whatever comes
Is given to us by a world-directive full of wisdom.

It is part of what we must learn in this age,
namely, to live out of pure trust,
Without any security in existence.

Trust in the ever present help
Of the spiritual world.

Truly, nothing else will do
If our courage is not to fail us.

And let us seek the awakening from within ourselves
Every morning and every evening.

With over 40 years of collective experiences in both the health care industry and as a professional musician, Lynn combines her love of science and medicine with her passion for music and sound as a Senior Teacher and Practitioner of the Acutonics® Healing System. She offers classes online on Zoom and in person in Todos Santos, Baja California Sur, Mexico. Upcoming classes include Acutonics Level III: Harmonic Attunement®, January 4th-7th, 11th-14th, 2021, Integrating Astrology into your Clinical Practice: January 18th-21st, 2021. Online Classes for Certification or Certification hours available upon request. Lynn can be reached at 360-353-4488, tuneintuitmusic@gmail.com, http://www.TierraCantaBaja.com