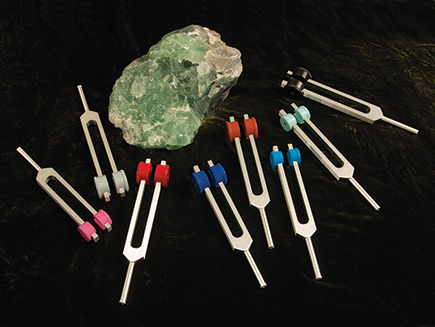 This item is part of Acutonics® certification:

The Middle Frequency Planetary Tuning Forks are the starting point for working with planetary energetics directly on the body. This complex information is gently introduced into the body's energetic pathways and built upon as you begin to work with and integrate complex intervals.