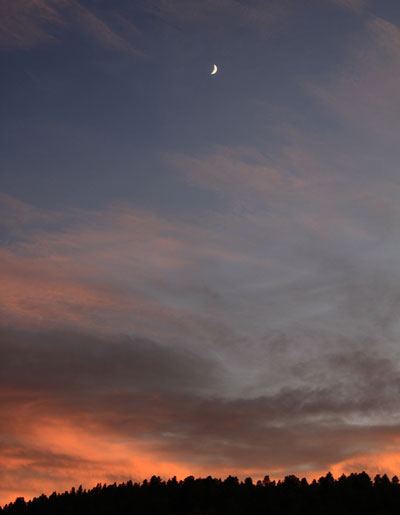 The theme for this months’ newsletter shines brightly as I reflect on the Acutonics® community, this months contributions, and the world at large. On June 22nd at the time of the summer solstice we entered into the sign of Cancer ruled by the Moon. The Moon guides our journey as we work to embody the best characteristics of the ancient healers, the purity of the stream, the sacredness of the healing experience, and the critical importance of being connected to the cycles of life and the natural world. While many of us and those we serve are struggling with heightened anxiety, a loss of hope, and genuine concerns about the environment and survival just stop for a moment and reflect on the huge accomplishments occurring through the efforts of people who are unwilling to accept the status quo. In his book Blessed Unrest  (published in 2007) Paul Hawken wrote about the largely untold story of the millions of people around the world who through imagination, the courage of their convictions, and resilience, are engaged in work to redefine their relationships to one another and to the environment. Ten years later, these issues are still front and center, but grassroots movements continue to grow working to address deep global issues of health, social justice, and planetary healing. 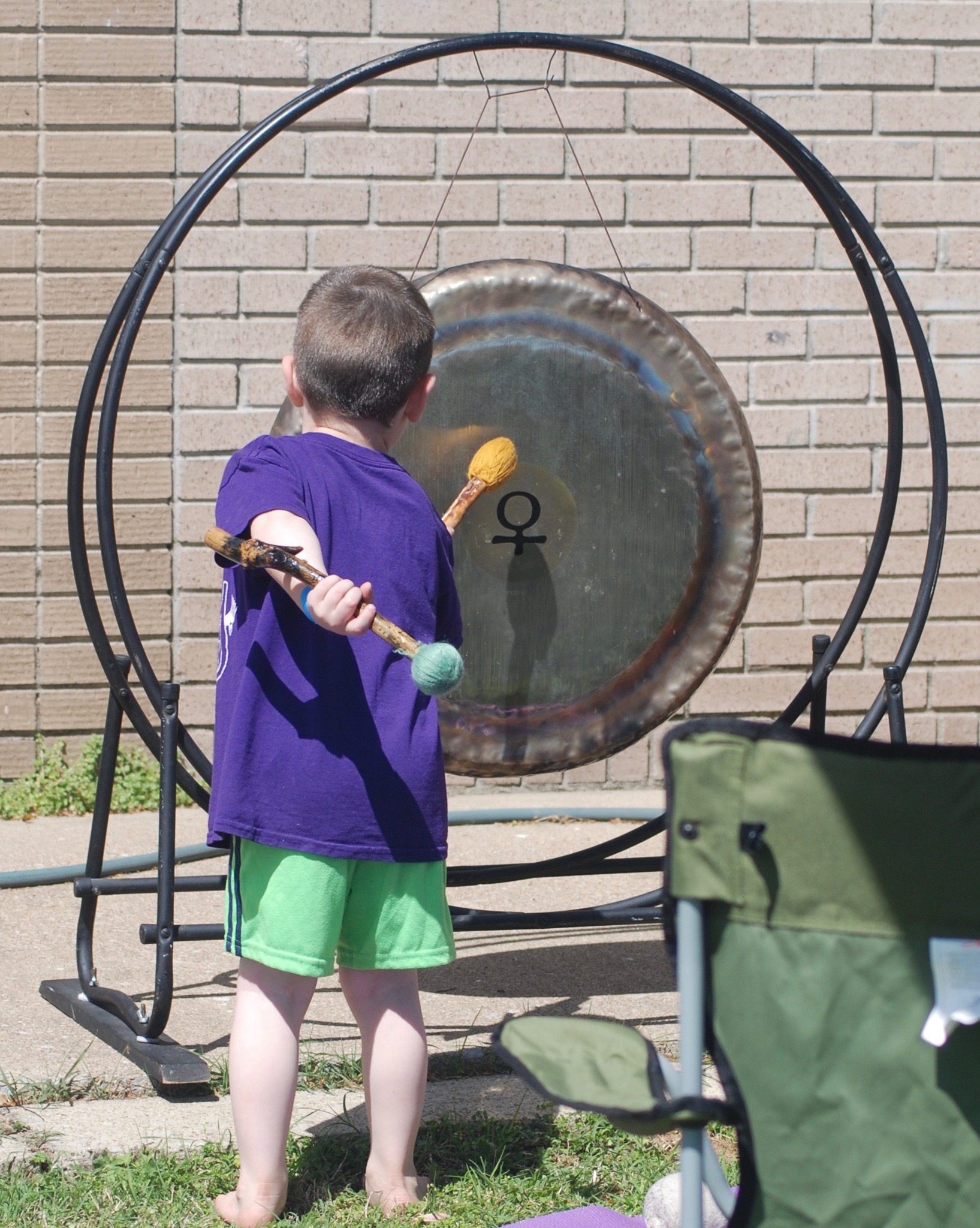 As I look at the Acutonics Community I am inspired by the numerous activities and growing opportunities that I see for all of us to live life more fully as we navigate through these challenging times through collaboration, nurturance of ourselves and others, and the strength of community. In this months astrological provides insights that support inspiration for change and opportunities to live life more fully with the support of the Universe and Acutonics. Among the planets taking an active role this month is Sedna serving as an important reminder to step out of the shadows and take our rightful place in the world. Paul and Jude Ponton also write about Sedna this month, non-duality and connecting through the field. Judy Bernard, who took an active role in this years’ Nashville Chooses Peace Festival writes about her involvement in this event that included the creation of an experiential booth at the event entitled Love in Action. 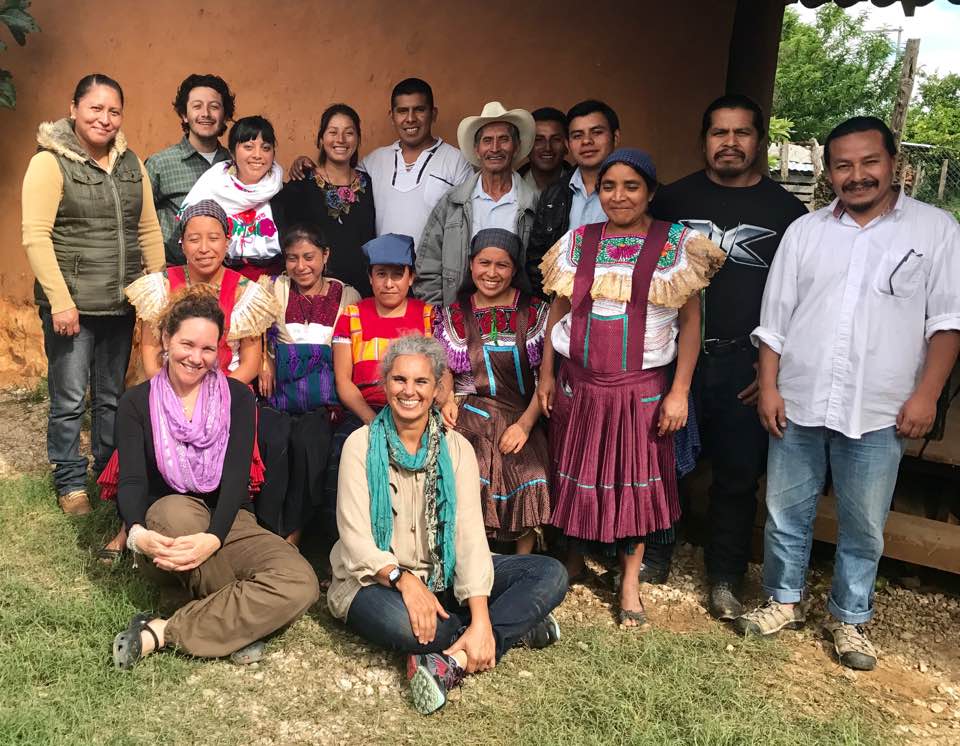 Alicia Villamarin and Maria Romero co-founders of The Wu Project just returned from their second mission to Chiapas, Mexico where an exceptional group of health promoters and local healers full of wisdom and compassion continued their training. Of course, Acutonics Ohm® Unison tuning forks are among the favorite tools that are being taught. Many of these sets were donated from people in the Acutonics community. Ling Chen speaks highly of her students in Taiwan involved in social action including a psychotherapist who works in disaster relief aiding thousands of people in Taiwan, Nepal, Malaysia and China. Acutonics has become an important tool in her work with front-line responders to relieve stress, emotional pain and vicarious trauma.

Izumi Masukawa our teacher and distributor in Japan recently hosted the Lifetune Celebration of Unity on May 27th and 28th. This massive undertaking brought together 2800 people, including many esteemed performers, musicians, dancers and speakers, working to promote unity and peace. Events were held in eight separate halls, and throughout the grounds of the beautiful retreat center in the mountains of Yatsugadake, Japan. Izumi, reflecting on the event wrote: “After the event we received many emails and letters from people who spoke of the event as deeply transforming, some even made the decision to become vegetarian. Many enjoyed the organic festival we had in the garden and walking area by the pond, water spring and waterfall area, where temporary food and handcraft markets were set up. We decorated the garden space with carvings, plants, flowers and even real Johmon pottery to bring the harmonious spirits like the Hopi tribe to the event.” 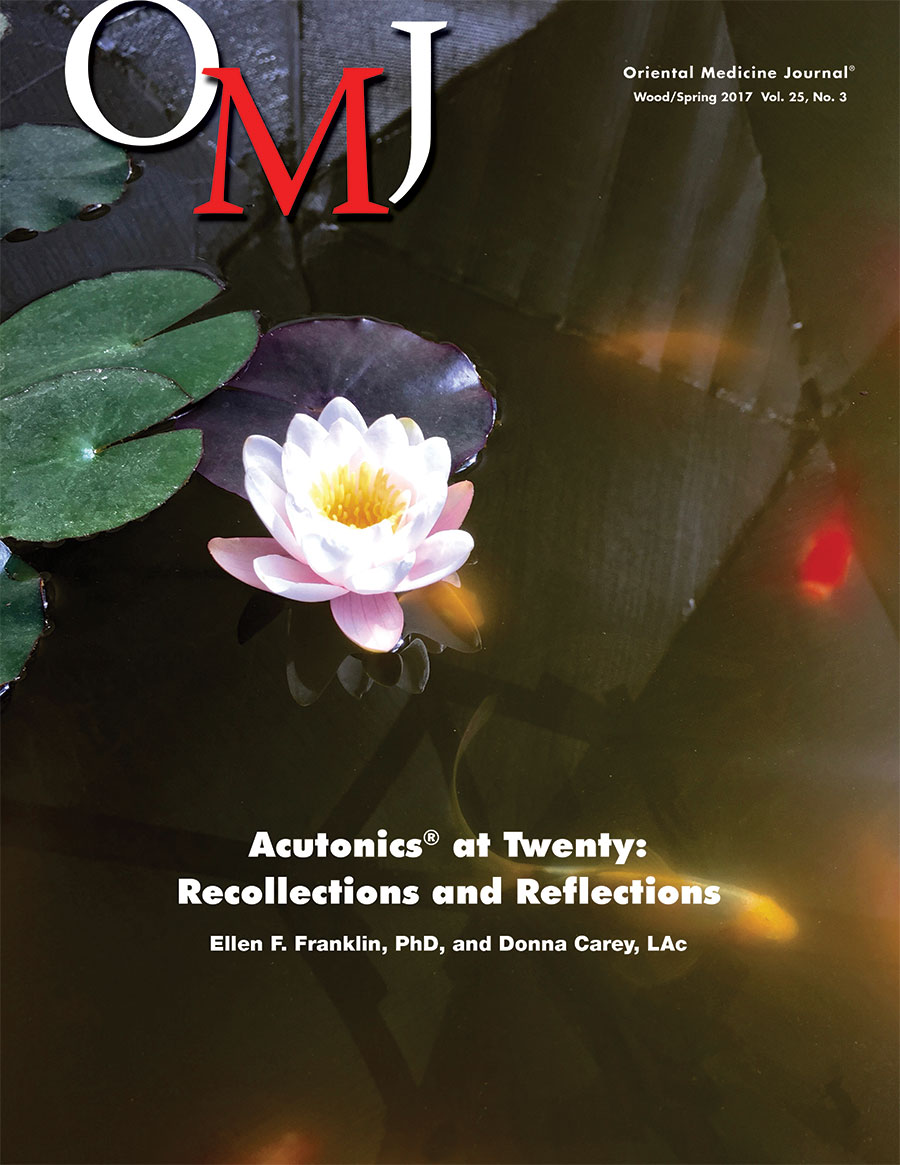 An exceptional example of the Acutonics community coming together can be found in the newest issue of  Oriental Medicine Journal Wood/Spring 2017 Vol. 25, No. 3. The entire issue is dedicated to Acutonics® at Twenty: Recollections and Reflections and it was a huge collaborative effort. There are contributions from thirty individuals from around the globe whose lives and work have been touched or transformed in some way by Acutonics. Sande McDaniel who publishes this beautiful journal also designs it, her fantastic team includes editor Mary J. Rogal and assistant editor and Acutonics teacher, Janet DeVallauris. The contributions to the issue are far ranging, including reflections from myself and Donna, thoughts on shifting health care to the people to facilitate change, work with horses, the planets, and approaches to treating pain and trauma, as well as ways to deepen our understanding of the bridge from Macrocosm to Microcosm. Although I worked with Sande to solicit contributions to the issue, co-wrote an article, and provided many nature photographs, seeing it, holding it in my hands, and rereading it touched something so deep within me that the only words I can use to describe the experience of this extraordinary gift to our community are gratitude, humility and love. To order a copy of this beautiful publication, please contact Oriental Medicine Journal https://www.omjournal.com/. 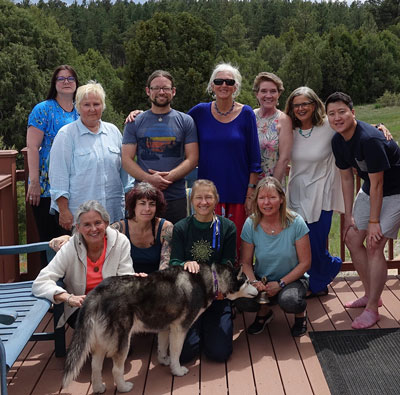 In June, here at the Mothership a new group of students were initiated into their journey toward Certification with Acutonics Level I & II. Our students in this class came from Canada, Colorado, Michigan, New Mexico, and as far away as Korea. The majority of the class has committed to move forward with Level III & IV in September. At this point the class is full with a waiting list.

Among our visitors to the Mothership in June, were Acutonics teacher Valentina (Tina) Morani and her husband Jeff, who were taking a few days off to enjoy northern New Mexico. They were joined by friends Brian and Susan Berman, who since 1991 have been at the forefront of Integrative Medicine. In 2007 they founded The Institute of Integrative Health a charitable non-profit organization that aims to create a wellness and medical model to shift society’s focus from managing disease to promoting lifelong health, for individuals and communities. It was a pleasure to meet them both and to have an opportunity to visit with Tina and Jeff. Tina recently completed all of the requirements to become a Certified Acutonics® Practitioner. Her student thesis explored the use of Acutonics for self-care in a corporate setting. Tina is also certified to teach Acutonics Level I & II and will begin teaching in Maryland this fall. She will also continue her advanced teacher training in September. Additionally, she will be co-teaching with Ellen two additional classes that will be offered this year at the Mothership, Acutonics Level V: Ethics in Clinical Practice (Sept 16th-17th) and Acutonics Level VI: Clinical Documentaries (Sept 18th-19th) as well as a clinic day (Sept 20th). 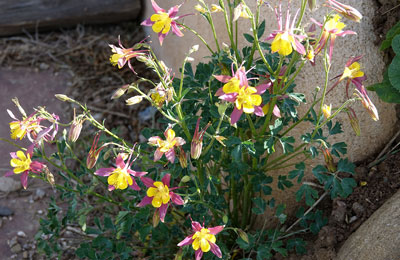 As I walk about our property the flowerbeds are bursting with new color, the growing dome is thriving with an abundance of figs; spinach, tomatoes (although not ripe yet), basil, shiso, thyme and our first tomatillos are forming. We are beginning to get some garlic scapes and lettuce in the outside gardens, we have also been enjoying the rhubarb, and very soon we will have ripe strawberries.

Wishing everyone a summer filled with love, light, harmony and much magic.