Awaken to the Abundance of Spring 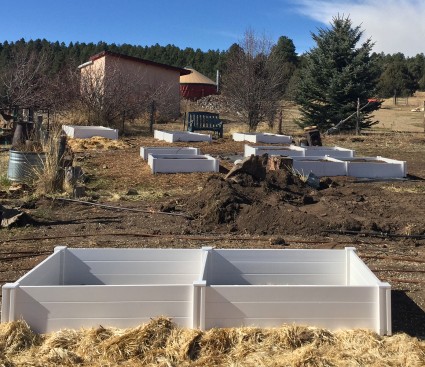 Fierce winds, snow and rain do not feel like harbingers of spring but here in Northern New Mexico we’ve grown accustomed to mother nature’s might. Ever so grateful for every drop of moisture as we leave a very dry winter behind. The most dramatic change has been in the growing dome where the fig tree has definitely decided that spring is here, and seeds recently planted become baby cucumber and tomato plants. Ducks and many birds have returned to the pond. Donna is hard at work doing a complete redesign of the outside vegetable gardens, with goals to simplify, while also making it easier to deal with critters and weeds. Last fall she had all the boulders and raised beds removed. She recently found planters that she is using to create new, but smaller defined garden beds. These framed planters are more easily accessed. Max and Donna have also been working together to place them, using commercial grade weed barrier and chicken wire below the soil for gopher control.

In March we had a great Acutonics Level I Class at Golden Flower Chinese Herbs, so many amazing new students introduced to Acutonics. It was also terrific to have Julieta Chapot as a teaching assistant. 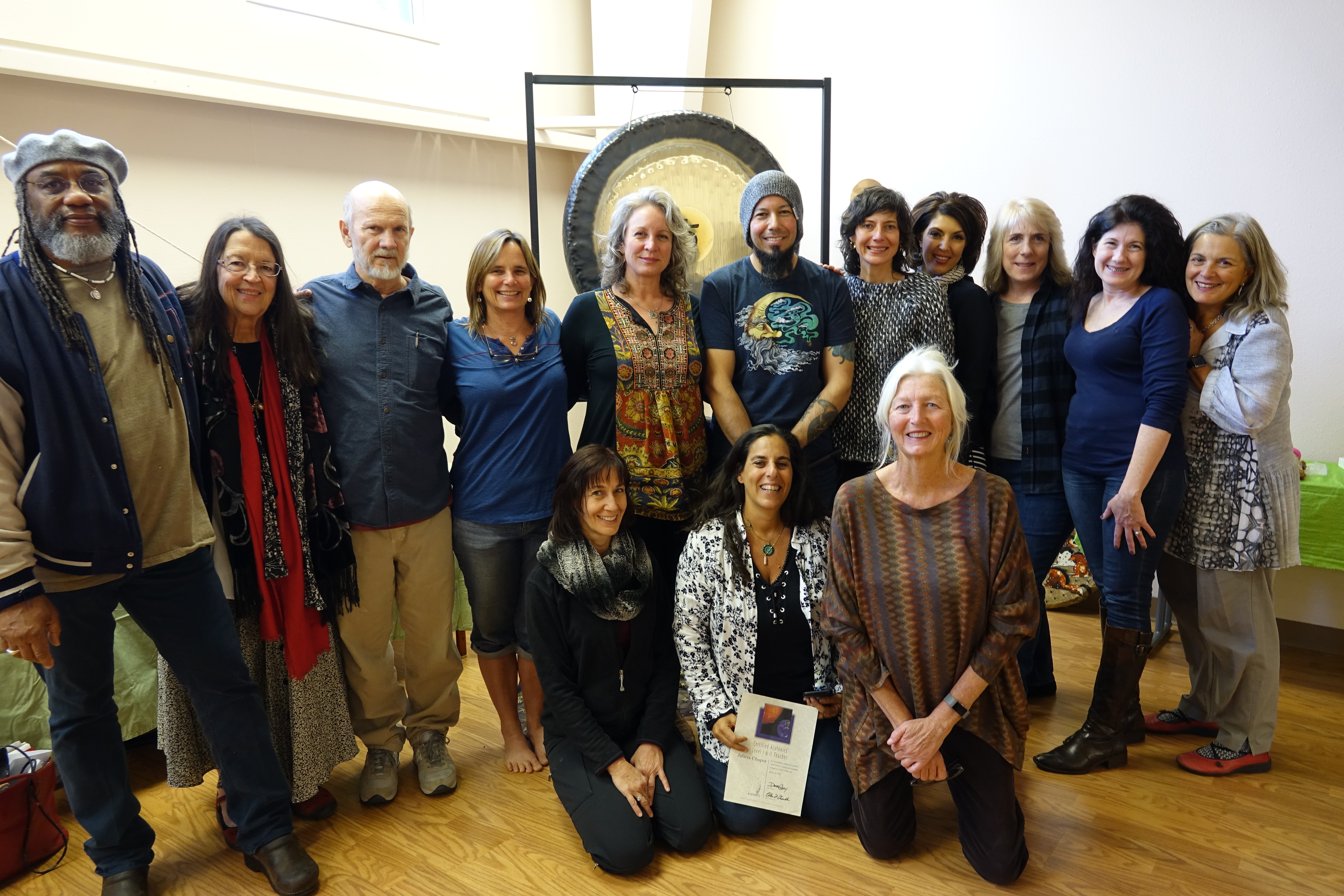 March 21 to April 19 we are in the sign of Aries ruled by the planet Mars. This first sign of the zodiac will often mark a turbulent and energetic period. Mars the god of war is a fire sign. This archetype propels mind, body and spirit to take action, to initiate change that removes obstacles and create strategies to maximize survival. It is about self-assertion, a strong willingness to set and defend boundaries and to motivate others with courage and passion. Qualities such as stamina, action, and initiative, the capacity to fight for our beliefs through words or physical strength are gifts of Mars. Mars also represents pure unbridled energy, a primal desire to survive, which can be found in the warrior archetype. Although this archetype is present in all of us, when it is well balanced it helps us to claim our power and to identify our purpose with clarity so that we are able to set tough and realistic goals. Of particular note this month, as Tone points out in his April astrological contribution, at the beginning of April Venus, enters the house of Taurus, her home, and seat of power, which aids in balancing the energy of Mars supporting the qualities of strength, and stamina, courage and passion through an abundance of love. Thus, we are able to see how Mars, once again with the aid of Venus helps us to move forward without fear, refusing to accept less than what we deserve.

The Mars Archetype is fully present in the March for Our Lives and Never Again Movement, a deeply emotional and powerful testament to the strength of young people to tackle devastating loss and trauma head on; through strength, courage and passion they take action to demand change. 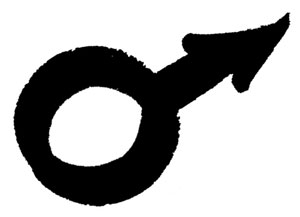 On March 24th we witnessed something extraordinary, as hundreds of thousands of children, teens, young adults, teachers and their families gathered in cities across the world to say Never Again. Upwards of 800,000 were in Washington DC alone, with supporting marches on every continent of the world. Organized by victims of the Marjorie Stoneman Douglas High School in Parkland, Florida where 17 people were gun downed in a school massacre on Valentine’s Day, February 14. These articulate, thoughtful and powerful high school students are using their voices to demand change, change that is not coming from elected officials. Although, many are too young to vote it is estimated that 3.6 million will graduate from high school this year, which is why organizer have made an effort to ensure that voter registration is a part of this movement. Additionally, two students from the school have created an initiative they’ve called the Parent’s Promise to Kids to ensure that children who cannot vote are still heard at the voting polls. They are urging parents to make a promise that they will only vote for politicians who place children’s safety before guns. With a unified voice, students from around the country are demanding sensible gun legislation and the banning of assault weapons.

Although the trauma and loss will always be a part of these young people’s lives they say NO MORE. They are clearly a vital representation of the archetype of Mars, moving forward without fear they speak truth with articulate and emotional ease, they stand strong in their belief that teachers should be armed with school supplies not guns, they refuse to accept less than what they know is right, sensible gun reform so that children do not need to fear that they will be gunned down in school by assault weapons, gunned down in the streets as they walk home from school, go to a club or a concert. These young voices have so much clarity, they refuse to accept less than they deserve – safety to study, learn and grow, to be able to experience life fully and to learn without fear. There is so much to learn from these extraordinary young voices who demand change, they are a true inspiration. 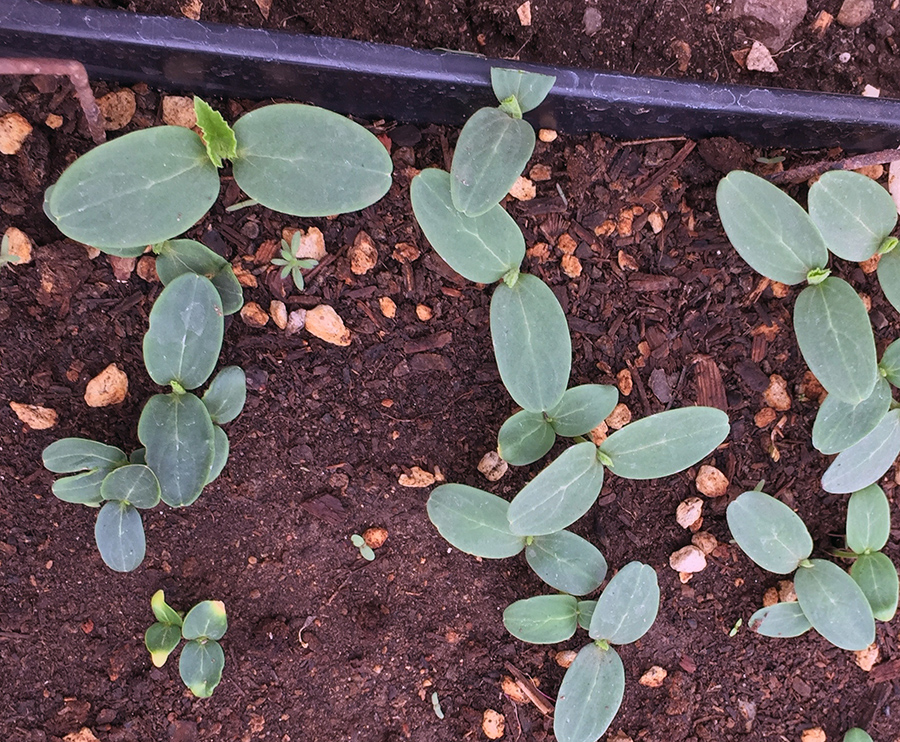 Spring is also a time to plant seeds that deepen or expand our knowledge. There is a great opportunity to study with master teachers and clinicians Paul and Jude Ponton who will be at the Mothership in New Mexico offering a new elective Harmonic Alchemy: Extraordinary Vessels and Higher Consciousness, followed by a supervised clinic day. Paul and Jude have been a part of Acutonics from the very beginning. They’ve contributed to all of our books and written their own book Acutonics for Dogs and Cats, and of course they also share their wisdom in every newsletter. They are gifted teachers and clinicians, studying with them in a Master Class format is an opportunity not to be missed.

It is also hard to believe that ACEP is also coming right up. If you live near Orlando and would like to work in the Acutonics booth at the conference, please let me know as soon as possible. I will be joined at this conference by Alicia Villamarin and Maria Romero. It's a great opportunity to be at an awesome gathering of like-minded professionals and to spend time with these two amazing women, who co-founded the Wu Project.

Wishing you seeds of inspiration, effortless abundance, and continued greening in your lives.