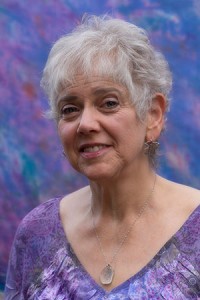 Knowing that we are here to help one another find and celebrate our wholeness, Rita has dedicated her life to healing and nurturing the wellbeing of the life around her.  In her teens and early twenties Rita helped to found organizations that would care for at risk young people, provide no-cost medical care, and integrate disabled children and adults into their communities.

Rita then studied massage at the Rocky Mountain School of Massage in Boulder, CO. where she quickly became a graduate and the Co-Director of the school. In 1979 Rita began her study of acupuncture and Chinese Medicine with Michael Broffman. During the years of her intensive acupuncture training in the United States, Rita travelled repeatedly to Taiwan and Hong Kong where she studied directly with Chinese masters. Rita became a licensed acupuncturist in 1986.  After becoming licensed, Rita continued to travel extensively to Taiwan, Hong King, Nepal and Tibet in order to give her healing skills to Buddhist monks and nuns.

In 1996 on a trip to Tibet, just as Rita was witnessing the birth of Acutonics in Seattle, Rita suffered two strokes within the same afternoon.  The strokes resulted in very serious injuries to her brain and she was given a bleak prognosis.  But those who gave her the diagnosis did not know Rita.  Born out of her deep understanding of healing, Rita’s capacity to persist in the face of great difficulty and heal and reclaim her life is more than remarkable.  Western medical practitioners shake their heads in wonder at what she has done and continues to do.

Rita knew from the time she witnessed its birth that she could more deeply serve if she brought what she already had learned and was learning into a practice of Acutonics.  Early in her own healing, still unable to speak more than a couple of words, Rita devoted herself to studying Acutonics and was certified to practice in 2008.

Now, in addition to her deep skill and experience in treating orthopedic injuries and family wellness, Rita’s work with Acutonics also focuses on neurological recovery and working with animals.   What she has learned from her own recovery and treating other stroke survivors has helped her create a neurological specialty within Acutonics.  Neurological injury profoundly changes the body’s response to any type of treatment. Understanding the subtleties of treatment and responses is vital. Relearning to speak has taught Rita a nuanced approach to communication and understanding that allows her to work with people and animals with unparalleled sensitivity.