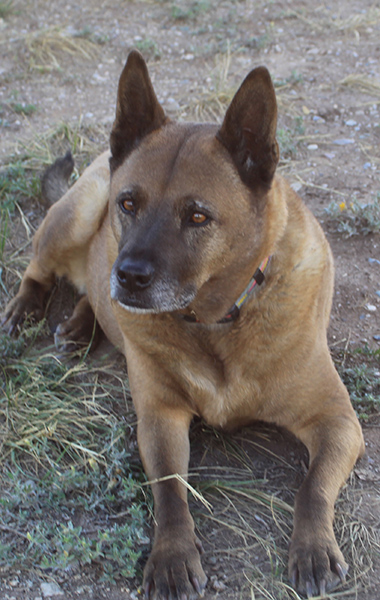 Shen Yun joined our organization on Chinese New Year 2004. Her name meant Divine Resonance and she embodied this in all that she undertook. She was extremely excited about sharing her deep love for this medicine with the four-legged community. Shen brought so much joy into all of our lives with her incredible personality, and the unconditional love she gave to everyone she met. Taking her role at Devachan Press very seriously, Shen was a model for our book Acutonics for Dogs & Cats: Sound Healing for Animal Health.

Our beloved Shen Yun left us in February, 2016 and now runs free. All of the students and faculty that attended classes at the Mothership fondly remember Shen Yun's gentle presence in the classroom yert. She is deeply missed. 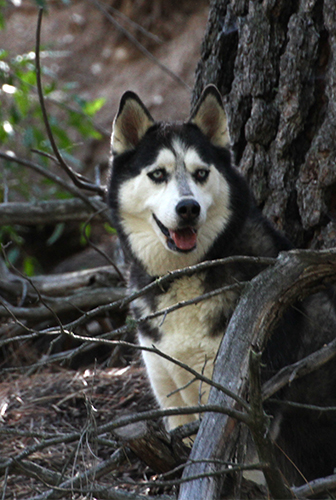 Xena splits her time between Chicago and New Mexico, but remains uniquely connected to everything we do at the Acutonics Institute. She is truly a gift to us all. Her big personality, and love of a good romp in the forest, winter or summer, keeps us moving and engaged even in the cold winter months. Xena also graciously served as a model for Acutonics for Dogs & Cats: Sound Healing for Animal Health. She asked to be paid for her efforts in jerky treats. 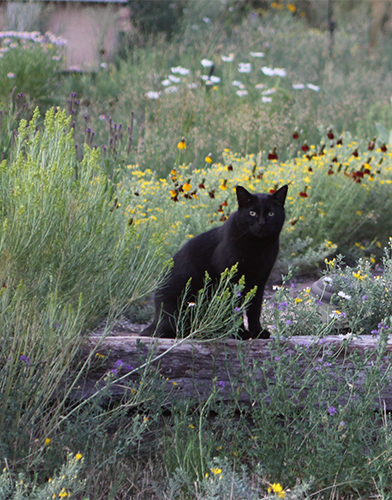 Chiron was named for the wise centaur that fostered many heroes, and was a healer, teacher, and shaman. Like his namesake, Chiron had a strong connection to Earth and nature, and often served as a guide for the people in his life. He wandered the land during the day, as a fierce protector, but joined his human companions in the evening offering love, and connection. Chiron also served as a still life model for many of the illustrations featured in Acutonics for Dogs & Cats, and he proudly posed for the cover. He even let us use the tuning forks on him, so unlike his namesake, he was able to recover quickly from his wounds.

Chiron lived a long and carefree life overseeing his domain and humans. Sadly he joined Shen at the rainbow bridge in 2018. But as all companions he roams the property in spirit, looking out for us still.