Home » News » Uranus: A World on its Side

Uranus: A World on its Side

On January 20, 2017 we entered into the zodiac sign of Aquarius ruled by the planet Uranus. The associated element is air and those born under this sign are often deep thinkers, love mental stimulation, and are original, independent, concerned about helping others and fighting for what they believe. They have a desire for freedom and equality for all people.

Sir William Herschel an amateur astronomer discovered Uranus in 1781, through the use of a homemade telescope. This made Uranus the first planet to be discovered through the aid of modern technology. Uranus is the seventh planet from the sun and the third largest, with thirteen rings and twenty- seven known moons. It also is the only planet that spins on its side.

The approximate musical note for the Uranus tuning fork is G Sharp, when combined with Ohm it creates the Ohm/Uranus 5th. This interval is powerful providing an electrical charge that pushes toward transformation. It embodies the energy of freedom and independence with the power to shatter preexisting conceptions and structures. 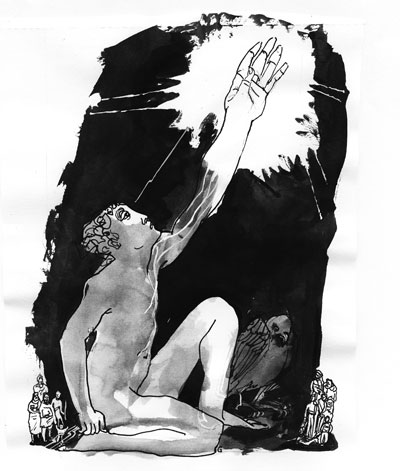 The planet is named for the Greek father deity who was grandfather of Zeus and father of Cronus. He was both son and husband to Gaea. However, as we move beyond the original seven planets known to the ancients we shift perspectives in regard to the archetypal and mythic qualities that are associated with these planets. For example, do the historical events taking place at the time of a planet's discovery provide keys to their nature and influence? Richard Tarnas acknowledges that his in-depth investigation of key historical events including the events surrounding the discovery of Uranus provided the seeds for his book Cosmos and Psyche. In this excellent work, Tarnas cites why Uranus has come to be more aligned with the qualities of Prometheus. Uranus was discovered in 1781, at the time of the American and French revolutions and at the dawning of the industrial age. The events fostered change, rebellion, free will, liberation, individuality, invention, technology and freedom. These are qualities that are more in alignment with Prometheus who might be viewed as our first humanitarian a true champion who played a role in humanities creation and in provided us with fire, which he stole from the gods.

Other traits associated with the planet include innovation, the creation of new life and inspiration or flashes of insight that come with lightning quick speed. There is also an element of the rebel or trickster willing to challenge beliefs and social values by doing something forbidden because of the powerful belief that it will make a difference, regardless of the cost. Prometheus goes up against Zeus, as a trickster providing a false sacrifice to Zeus and as a rebel he disobeyed when he takes fire from Mt. Olympus to give to humans. For these transgressions Prometheus is chained to a rock where each night his liver is pecked out. Eventually Chiron, who has suffered an incurable wound, offers to give up his life so that Prometheus can be freed.

Uranus and Prometheus remind us of the critical importance of taking responsibility for our actions. Just because we have the ability to do something does not mean we should do it. How will our actions impact others, and will they be in the best interest of humanity. One of the qualities of Uranus that is critical at this time, is that it provides us with the capacity for extraordinary transformation of human consciousness, with heightened awareness of our collective responsibilities. 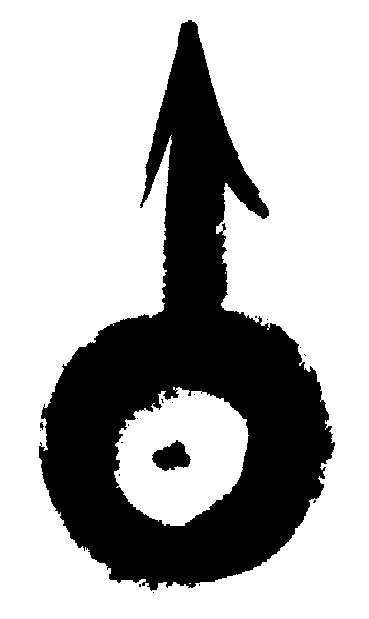 Working with Uranus: The Ohm/Uranus 5th Interval is a bit more dissonant than the new Moon 5th The sound quality of this interval conforms to its archetypal nature of being able to shatter preexisting conceptions. Uranus’s principle association with illness is related to sympathetic nervous system disharmonies. Mercury is also related to the functioning of the nervous system, but Uranus governs electrical excitation and nervous system disorders that are chaotic or convulsive such as epilepsy. 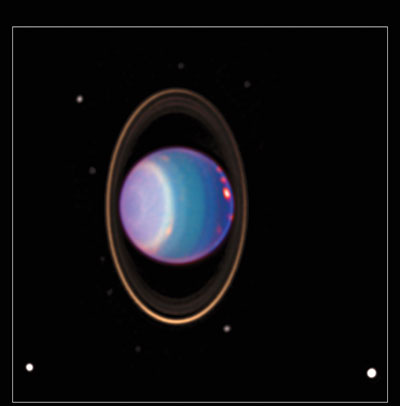 The Ren Mai and Du Mai vessels can also be used to activate the microcosmic orbit to help reach and move through old patterns especially when a person feels constricted.

Progression: On both vessels use Ohm/Uranus 5th followed by Ohm/Chiron 5th to help reach and move through old patterns and to heal and reformat what has broken loose.

Psycho spiritual issues can also benefit from the energy of Uranus. Ohm/Uranus 5th can be applied to Yintang to aid in breaking through to new insights. Also apply to the third chakra for its connection to the sense of self and individuation.

Disharmonies of the lower legs and ankles can also benefit from the Ohm/Uranus 5th. If there is an injury such as a sprain in the ankle area work off body with the Ohm/Uranus 5th to release stagnation. Follow with New Moon 5th to open the channel and Zodiac 3rd to assist in dispersing. The interval may also help with stiffness and bone spurs.

Just listening in a quiet place or meditating with the Ohm/Uranus interval can support our spiritual vision and help us let go of limiting thoughts to be open to new insights.

To learn more about working with the Acutonics planetary tuning forks refer to Acutonics from Galaxies to Cells: Planetary Science, Harmony and Medicine, and if you haven’t taken Acutonics Level III: Harmonic Attunement, we encourage you to find a teacher in your area.

"As a physician and anesthesiologist my primary role is to put patients to sleep. With Acutonics I now have the training and tools to help people awaken to new insights and growth that supports their journey to health and holism. "