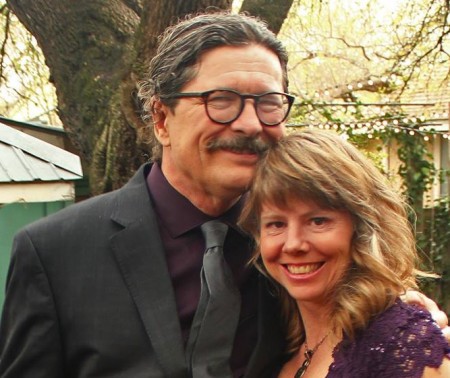 By Theresa Lee and William Morris

Roll on interesting times! Throughout 2017 the opposition of Jupiter and Uranus resonate with sudden or surprising events. For this article, we also look at ‘Mercury in the Heart of the Sun’, a condition called Cazimi which creates a Super-Mercury. Summer solstice takes place on June 21st at 12:31AM. We provide an Acutonics strategy for that day. We then use tuning forks, chimes and gongs to invoke the power of Mercury in a process we call ‘resonant theurgy’, which is the performance of ritual at potent astrological moments. Here, we call upon Mercury the great psychopomp and communicator of the Gods to empower healing, astrological wisdom and business success.

Exploring our frame of reference, Jupiter blesses while Uranus seeks sudden change. For many, this can lead to a sense of uncertainty and destabilization, mixed with hope. Throughout 2017, there are three exact oppositions, where these two planets look directly across the zodiacal circle, 180° from each other. The first opposition between Jupiter and Uranus was on December 27, 2016 at 20° of the Aries-Libra axis. It happened again on March 3 2017 at 22° of the Aries-Libra axis and it will be finalized on September 28, 2017 at 27°of the Aries-Libra axis. June represents a break from this process. Vibrating the Jupiter and Uranus forks together and listening to this powerful 2nd interval helps one adjust to these new expanding times. Now is the time to express your individuality.

People who have personal planets located at 20°, 22°, or 27° of the Aries-Libra axis will feel greater intensity. The same is true for planets at those degrees in the Capricorn-Cancer axis; they are in the cardinal sign frame of the solstice and equinox. If one does not have a direct connection to this Jupiter-Uranus opposition, the energies tend to express in the surrounding world. Jupiter and Uranus chimes may be used to call upon the vibrations and consciousness of these planets, especially on the date of the coming exact aspect at 27° Aries – Libra on September 28, 2017. The Zodiac forks can be added to bring about a larger sense of cosmos and evolution.

Summer solstice, the longest day of the year is a perfect moment to enhance the warm, bright, clear nature of yang. The Sun, Ohm, and Mars Forks are important on such a day. Ohm brings the annual cycle to bear as an essential rhythmic backdrop to the amplification of yang at the peak of yang with the Sun and Mars forks to amplify the warming yang aspect of the universe. The summer solstice is at the peak of light, then the return to darkness emerges as the harvest king of Mesopotamia dies to be reborn at winter solstice. Thus, we ward off cold at the moment of greatest heat in order to protect essential yang.

The chimes may be activated to create sacred space for the solstice. The Sun, Ohm and Mars tuning forks may also be applied to DU 4 (Life Gate) for the purposes of yang creation throughout the descent of the sun towards the winter solstice. Place Ohm/Mars 2nd on DU 4, Life Gate, followed by the Solar 7th. Add Sun and Mars, recalling that a little goes a long way. This is hot. We are amplifying yang. Adding a sprinkle of high Sun1/Mars 2nd or Mars/Sun2 6th tuning forks to activate here might be more appropriate. It is at this Life Gate where we can weave our personal will with that of heaven.

Shortly after Summer Solstice, Mercury enters ‘the heart of the Sun’. This moment is called ‘cazimi’, where mercury is within 0° 17′ of the center of the Sun. For Washington, D.C., the cazimi Mercury condition begins at 4:36AM on June 21, 2017 and ends at 3:43PM. It is very powerful and we can use this influence through the Mercury and Sun tuning forks to enhance Mercurial matters such as communication, medicine, and astrology. The connection with the heart of the Sun brings tremendous light upon such matters. Generally, when a planet is close to the sun, it compromises the actions of said planet. The cazimi situation, however, creates amplification and empowerment of a planet and that with which it is correlated (please see Figure 1).

Figure 1 Chart for the Beginning of the Cazimi Mercury 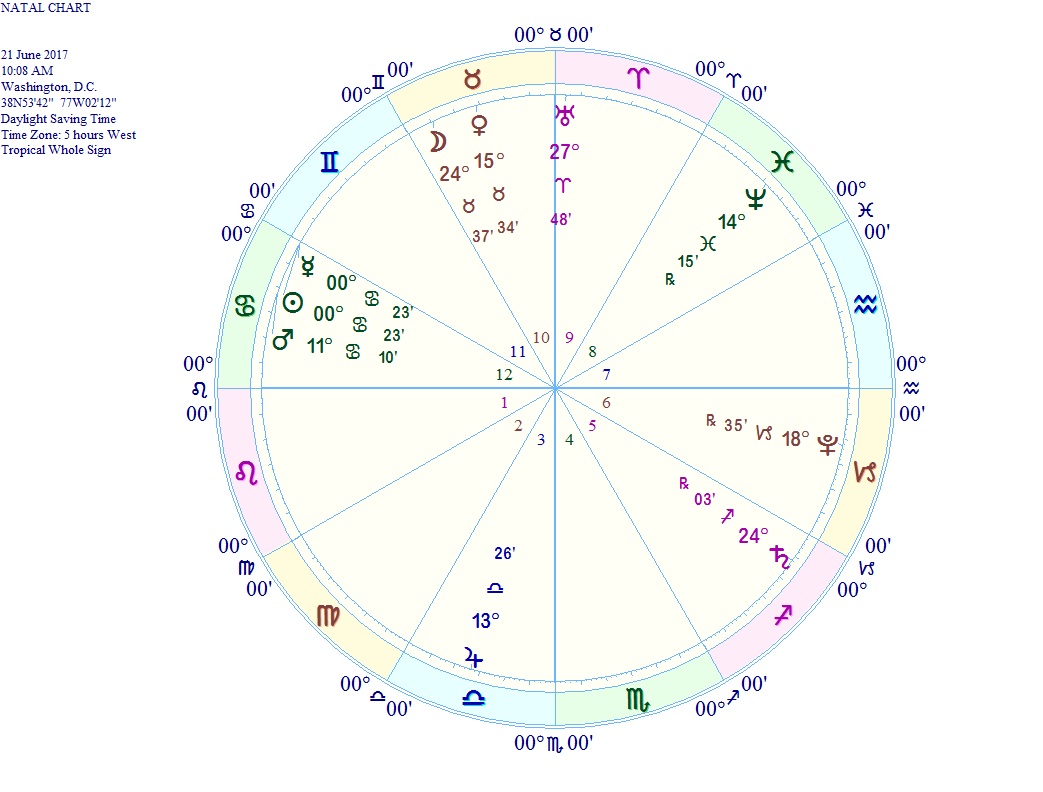 Since Mercury is located in the heart of the Sun, we combine the Mercury frequencies and the Solar frequencies together. Looking at the astrological chart we see that the Sun and Mercury are located in the south western sky. Placing talismans corresponding to the Sun and Mercury in the south west of the ritual space is a way to invoke these deities. Another is by activating the super powers of this minor 7th by vibrating the Mercury and Sun tuning forks, chimes or gongs. It is especially resonant for ritual or contemplative purposes.

Chakras can be used for treatment, we use the traditional Indian approach and add the correlated neuro-endocrinological nodes. Thus, for Mercury and the Sun, we are using the throat and the third eye. This treatment has resonance with the pineal and thyroid glands (please see Table 1).

In addition to chakra strategies for treatment, the Stairway to Heaven can be used. The Sun/Mercury Minor 7th is superb for this. This transporting interval allows us the feeling that we are communicating with our higher self. We have access to our intuition. We feel connected to our own divinity, our divine spark. 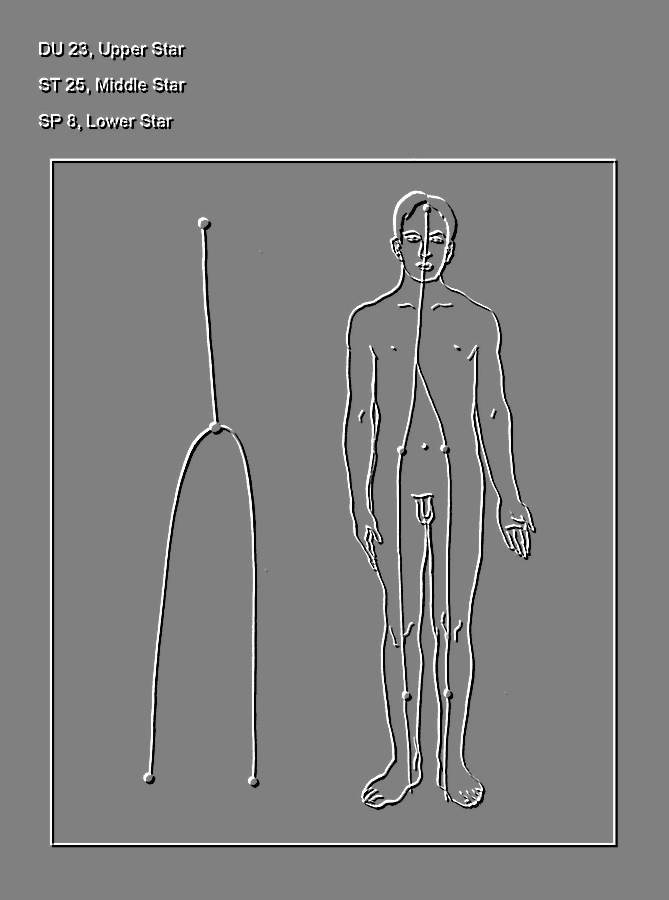 Celestial Tuning Fork
The Celestial Tuning Fork method is also worthy of consideration. It uses the upper, middle, and lower star points as geometrical anchors to resonate frequencies that bring about the evolution of body and soul through epigenetic imprints.

In this instance, Sun and Mercury initiate communication with the higher self, connecting heaven and earthly energies, uniting personal destiny with that of universal destiny.

Summary
We have presented a method which may be called ‘resonant theurgy’ where astrological events are a tool for selecting planetary frequencies. These can then be used to perform treatment, ritual, and transform work space. For this, we have considered the Jupiter-Uranus opposition and the Cazimi Mercury that is taking place in June.

Will and Theresa Lee Morris are a team that teaches Acutonics and sound healing techniques. Will is president emeritus and senior research advisor at AOMA Graduate School of Integrative Medicine. Theresa is a senior Acutonics teacher. They both work at the intersection of spirituality, healing and sound.