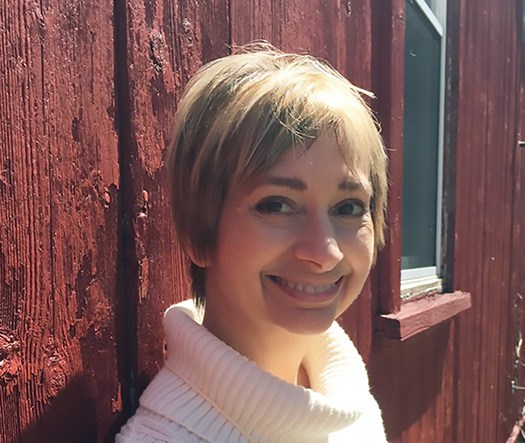 Roots: Altoona and Hollidaysburg, Pennsylvania. My mother was a teacher, my father a salesman. Both were musicians. I have two older sisters. Both are married and do interior design.

Studies: Mostly music, piano first, then violin, later I took ballet. Around the age of 14 I became interested in astrology. My undergraduate degree, in violin performance, is from West Virginia University (WVU) in Morgantown, West Virginia. In 2013 I went back to school for my master’s in health sciences at St. Francis University in Loretto, Pennsylvania. It was during that time that I started writing my first book The Science of Planetary Signatures in Medicine, for which Ellen and Donna wrote the foreword. After I graduated from WVU I became interested in Reiki, and eventually received Master Attunements in Karuna and Usui Reiki; I took two levels of Healing Touch, and some polarity therapy.

Integrating Sound with Energy: I was working at East West College of Natural Medicine in Sarasota, Florida, and a friend and graduate of the program had gone to an AAAOM [American Association of Acupuncture and Oriental Medicine] convention. He knew I’d been working with tuning forks and wanting to integrate sound with energy medicine, so he brought back the book and a set of forks.

Planetary Influences: I wasn’t sure until I took Level I, and learned more about Level II. When I found out that it incorporated the planetary vibrations besides just the Earth, Moon, and Sun, I knew then I’d found what I’d been looking for.

Extraplanetary Influences: I learned a lot about subtle energy, and am grateful for the experience, but I felt like I wasn’t addressing clients’ needs specifically enough. And it wasn’t until I worked at the acupuncture school, and took a few semesters in Chinese medicine, that I really began to appreciate what Acutonics has to offer.

Acutonics as Integration: I was always looking for ways to incorporate and integrate the parts of myself that felt compartmentalized: Part astrologer, part musician/sound healer, and later my avid interest in Chinese medicine. Music and astrology had always been a part of my life, and then when I experienced acupuncture, I fell in love with the system of Chinese medicine, which does integrate everything through the Taoist principle, “As above so below, as within so without.”

The Acutonics Experience: It’s always hard to quantify, but it’s a feeling of coming home. Of being utterly present in the body while blossoming and expanding into a more expansive expression of my higher self.

Author Most Recently Of: After writing The Science of Planetary Signatures in Medicine: Restoring the Cosmic Foundations of Healing, with Marc S. Micozzi, MD, I immediately felt compelled to write a book on Sedna. In 2019, The Return of Planet Sedna: Astrology, Healing, and the Awakening of Cosmic Kundalini will be released by Healing Arts Press. Returning to our solar system after 11,000 years, Sedna offers an opportunity for healing ourselves and our planet. The Acutonics Institute is touted in the book as having the only curriculum that includes the Sedna frequency, and Acutonics has been educating practitioners since Sedna was discovered.

Forks + Astrology = A Deeper Experience: I use astrology to customize my tuning fork treatments, and I have found that even the higher frequency tuning forks are extremely effective for long distance work. For my particular approach, the forks are perfect for harmonizing the astrological cycles and aspects that may be causing dissonance in a client’s life, and allowing the 8 primordial vessels to assist in the deep transformation and recalibration that ultimately transcends the experience from 3D fear and drama to higher dimensional understanding and joy. Or if not joy yet, at least peace.

Extradimensionality: Right now I’m receiving attunements as a Melchizedek Ambassador of Light and taking the Eye of Horus Trainings. These transmissions, offered by Anrita Melchizedek (pleiadianlight.net) will allow me to more effectively work with the axiatonal lines to recalibrate human experience from 3D to 5D and higher.

Radio Active: I host a radio show on Dreamvisions 7 Radio Network, a Boston-based syndicated network and media partner to the Omega Institute. That’s where I met my partner, Robert, who produces the radio shows. For fun, we like to go to movies and play music together. He plays piano, bass, guitar, and drums. Sometimes we’ll join other musicians and just have a musical conversation. We also like to dance. And he joins me for some of the Melchizedek transmissions, although he’s more earthly focused and I’m more “cosmic,” but it’s a good balance for us.

A Shift to the Light: I’ve only been here a few months, but so far this community has been highly receptive. The unity grid of collective light-workers has contributed profoundly to the elevation of consciousness on our planet. It’s been happening for decades, but I really felt a shift in 2012 that has lightened and heightened the energy on our planet. Despite what we see and hear in the media and in politics.

From Alternative to Integrative to Multidimensional: My reason for going back for a master’s in health sciences was to help build understanding and more open dialog between “conventional” medicine and the more alternative therapies. But now I find that my mission is more of a cosmic one, and honestly, I’m not concerned about how the medical field ultimately responds. What I believe is that, as Uranus transits through Taurus over the next seven or eight years it will begin the process of revolutionizing all of our systems, including medicine, and will introduce more cosmic concepts and infinite capacity for healing on all levels—truly multidimensional healing.