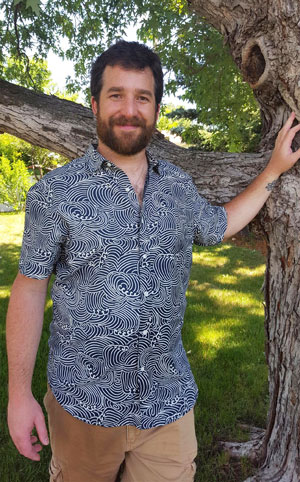 Aloha! It is a joy to return for another astrological overview for the month of August 2017. I am very eager to discuss treatment ideas regarding the solar eclipse, key lunar activation dates, and some of the middle and longer-term astrological arrangements we are experiencing as a collective.

However, one of the main reasons I asked to write for our May and August newsletters this year is because of the relationship these months have with the phi ratio. This year, with respect to the Earth’s orbit around the Sun*, August 4th, 2017 is Phi Day! (Hey there’s a national Pi Day, why not a Phi Day?) 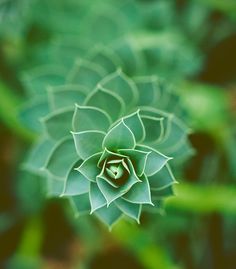 To me Phi Day is all about letting go of outdated or obsolete structures and re-centering on following our highest and best path as individuals and as a collective. And as we will discuss further down the page, there are some awesome astrological implications and opportunities this month that can be applied towards our preventative and critical care for clients, our planet and ourselves!

But first I would like to look at some of the Phi Ratio fork combinations that are available to us in our Acutonics quiver. Since phi is all about definition and re-definition, don’t take my word for any of this! Everything can be made to seem reasonable on paper. But until we get off the page and into our practice, who knows what might really work for us or our clients.

Observing the planetary harmonics of the Acutonics healing system, several combinations of forks approximate phi within half a percent: 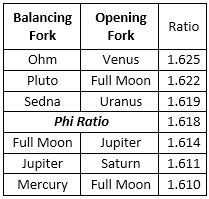 These intervals may also be called ‘minor’ or ‘neutral’ 6ths in musical nomenclature. However, I wouldn’t necessarily call them ‘minor’ or ‘neutral’ in nature! If anything they seem to act almost like stepping stones that draw energy gently but purposefully forward. This is why I tend to call these slightly sharp minor 6ths “Golden 6ths“. And I heartily recommend you follow the Yellow Brick Road to Your Highest Calling!

Since the Phi Ratio is pervasive within the manifest structure and form of the universe, it seems natural to want to use it to influence the structural aspects of our humanness as well. Therefore, the Phi ratio seems right at home with the Governing Vessel (Jupiter/Saturn) perfecting our self-image and with the Conception Vessel (Ohm/Venus) bringing forth functional beauty in all that we do. In this microcosmic orbit, the Phi ratio is a great way to instill feelings of self-worth (Pluto/FM – Three Treasures).

Furthermore, the use of the same upon the Yang (Mercury/FM) and Yin (FM/Jupiter) Motility Vessels can assist us to move in the right direction and to visualize the correct course of action; instilling the belief in our abilities to manifest beauty through worthwhile pursuits (Ohm/Venus – UB 10/UB 60); giving us a fresh outlook on life and a chance for a new beginning (Sedna/Uranus – SI 11, Yang Qiao, Yin Qiao). 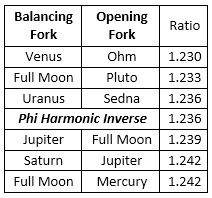 Conversely, if we invert these intervals into Golden 3rds by swapping the balancing and opening forks, it seems only logical to imagine that they can lead us to things/events we may have missed or would like to edit regarding our recent or deeper past. Since dwelling in the past is contraindicated for a fulfilling present, for those of us who need to work on our lineage, I can’t think of a better interval to employ while treating the Chong Mai or Dai Mai and their inverses the Yin and Yang Linking Vessels.

The Golden 3rd can help us to release old patterns, stuck emotions, recurring themes, outdated programs or soul-contracts that no longer serve our highest and best potential. In some cases, it is our ego that actually holds us to a false honor or ingenuous promises (FM/Mercury - Jade Pillow/Yin Tang, Ren 21 & 22). This interval can help empower a sense of self-governance (Saturn/Jupiter - Du Mai, Three Treasures) in the process of healing old wounds (Uranus/Sedna – Chong Mai). But as a practitioner, this interval can also help to uncover the source of elusive patterning (FM/Pluto – LU 3, Baliao).

So although August 4th is “Phi Day” as I like to call it, these intervals are obviously very useful any and every day of the year! I highly recommend getting the tuning fork combinations out that I’ve mentioned above and feeling into some of their similarities and differences. Which ones call to you? Let me know on the ‘Acutonics Here We Are’ forum on ye olde Facebook!

Moving on to some key dates and formations in August, I want to first give a shout out to Leo the Lioness and Her inevitable influence towards a more harmonized way of life. When we think about the Lioness and Her archetype, we see several powerful women working together to lift up the pride through support and nurturance.

Coming together early in the month (including August 4th), all of the feminine planets align into a kite formation that harmonizes Pallas, Ceres/Venus, Vesta/Mercury and Juno/Moon as a Grand Earth Trine with Ceres/Venus in Cancer/Water. I expect this energy to feel like the final piece of a puzzle coming together signifying that the work begun earlier in the year during the Full Moon of February is nearing completion. The infrastructure needed for the New Matriarchal Society to “get off the ground” has been set, and now it is time to fly!

I would highly recommend using your asteroid forks this month (for clients of both genders) to help activate the collective field and open the Four Gates (LI 4, LIV 3) with them. I would also suggest including Full Moon/Venus on the Three Treasures (Ren 4, Ren 17, DU 20). And finally, in order to help calm and pacify the potentially obstinate or even explosive energies of the angry and bitter patriarchy (all of which are in Fire signs) liberally apply Full Moon/Mercury, Venus/Ohm or Ohm/Zodiac 3rd to LIV 3/KID 1 to convert the unbridled fire of the liver into pure golden energy to feed the kidneys and support our ability to accomplish our goals.

August 7th - Full Moon in Aquarius where we must further sow seeds of graceful intent and feminine uprising. Sedna/Uranus 6th on P I or REN 17

August 13th - August 14th Mercury goes RX in Virgo - Lunar Square in Taurus where we are called to harmonize our hearts with our wisdom, allowing our headspace to let go of the need to understand, in order to trust our body’s wisdom instead. This is the time to DO! Try using Venus/Mercury 3rd on the Three Treasures with Mercury on Ren 4 and Venus on DU 20, and then bring them together at Ren 17. Also, Mercury/Neptune on Yang Qiao to get moving!

August 19th is where the energy leading up to the eclipse intensifies with Moon/Venus/Ceres squaring Jupiter, I would recommend using Mercury/New Moon on SP 9 to help keep things flowing and de-pressurized. The Huatos and UB 10/UB 62 would also be good with these forks.

August 21st is the Eclipse. There is so much to say and so much being said about it. But to me, this is the moment where the Goddess reclaims Her rightful place upon the Throne. Although this may be more energetic than manifest at this point, it feels like a real Epic ushering in of a new era. There is a Parallel Yoniverse out there folks. And if you haven’t felt it yet, prepare to! This is a moment where personally and collectively we really have the opportunity to jump the rail. Many of us have been in a state of disbelief or panic since the beginning of the year here in the United States. But somehow, some way, we are going to pull through this and find ourselves in a new era of collaborative living centered in the Heart with the Matriarch as our new symbol of Peace and Harmony.

With the New Moon, I often feel the need to clear and renew myself from any built up residue from the last month. But a solar eclipse is on another level! Plus, the implications of this being the first trans-continental Solar Eclipse of America since 1979 (38 years ago when Jimmy Carter was president) have us all thinking about not just what’s next but what’s up now!

So perhaps un-ironically at this point in the article, we are returned back to some of the Phi Day treatments that I laid out at the beginning. Treating the micro-cosmic orbit at this time is exactly the kind of energy that many of us will need in harmonizing the new world we are stepping into and birthing at the same time. But also clearing the Chong Mai using the Venus/Ohm 3rd and Ohm/Zodiac 3rd seems equally poignant considering the amount of karma built up over 38 years and beyond upon this tiny blue planet.

Additionally, the 21st of August happens to be the point of our year where we are just passing our favorite centaur Chiron. There is also a Trine being formed between Chiron and Venus. So I think this is a great time to apply Chiron/Venus to LIV 14 and LU 1 as well as upon the Dai Mai for self-love and forgiveness.

As the month wanes a grand fire trine forms with the release of the Divine Feminine energy in pulsing waves of fierce loving energy. It is at this time that we will need to focus on our Heart and Pericardium channels. To bring supportive energy to the heart (HT 7) and elasticity to the Pericardium (P 7) we may want to consider more Chiron and Venus, or perhaps Chiron with Full Moon to really open the channels to assist in bringing the fullest state of Love energy possible to our most potent transmitter of electromagnetic energy. If the gentle opening of Chiron/Full Moon 5th seems ineffective at first, Mercury/Chiron is a great semitone for prepping a hardened or calcified heart.

Well, I could just go on and on about this sort of thing. And maybe I feel a bit like Bilbo Baggins reciting folk-poems to the Elves as this is a little above me if you catch my meaning. But all the same, it has been, and will continue to be, an honor to explore the inner and outer cosmos with you my fellow SiStars and BroThors! If you’re ever in the Denver Metro area and want to have a cup of tea and discuss these things, look me up! Until we meet again…Aloha ~ Tone

*The Solstice (or any day of the year for that matter) is neither the beginning nor the end. But it is a beginning. And the Wheel of Time turns forever. This year at 11:00AM MST on August 4th, the Sun will be at approximately 12.5 Leo in the Tropical Zodiac (or 12.174 Cancer in Sidereal Astrology). 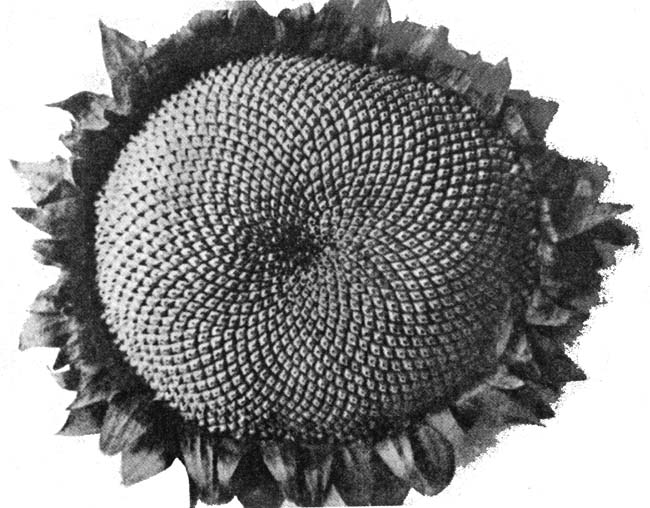 Phi is the irrational number that is widely known as the ratio of beauty and harmony. Besides being an “irrational” expression with no definite end to its decimal sequence, Phi is also unusual in that it can be defined as either 0.618 (known as lesser Phi) or 1.618 (known as greater Phi).